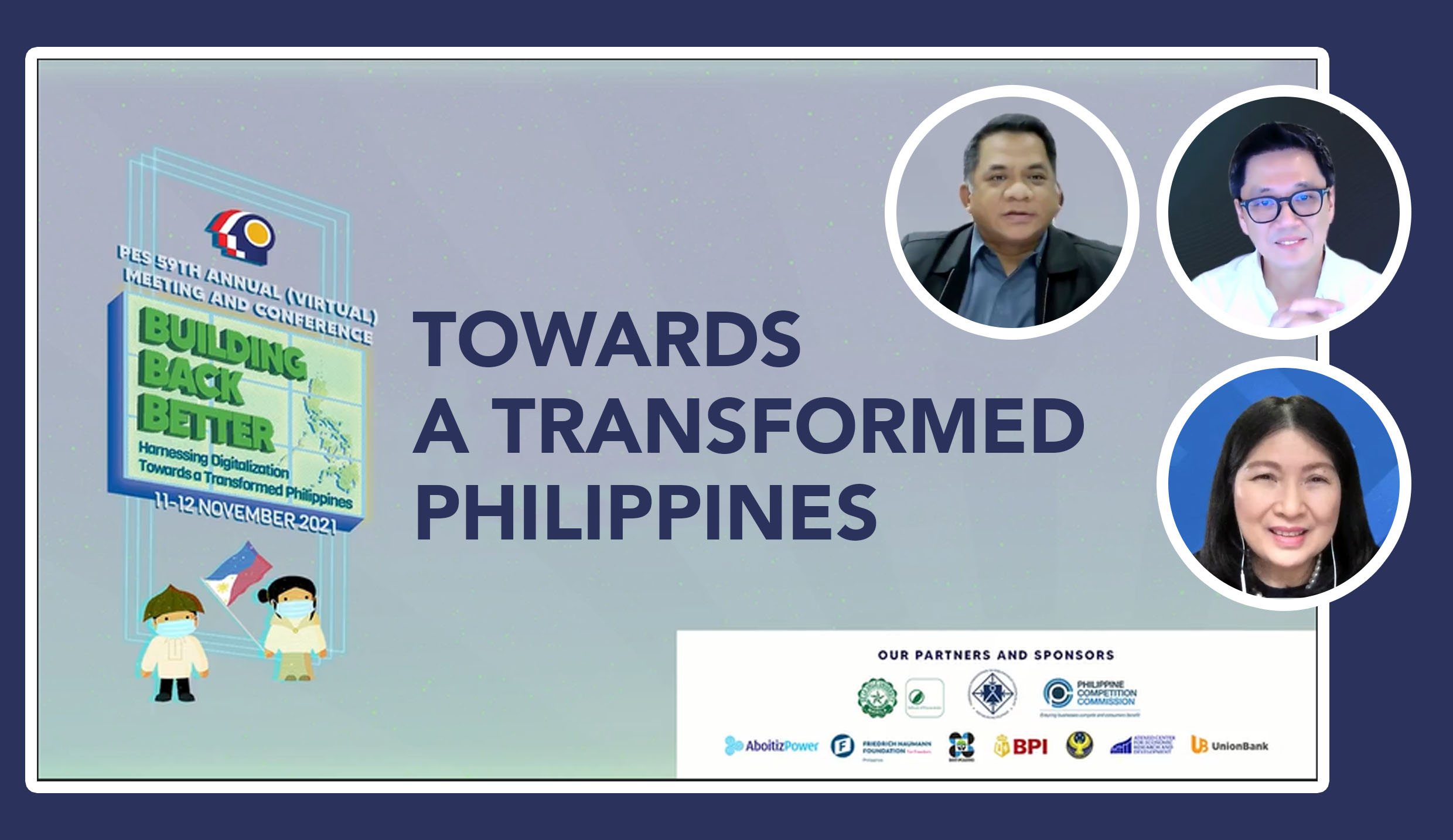 The other two speakers at the discussion on the transformation of the country towards digitalization were Undersecretary for Competitiveness and Innovation Rafaelita M. Aldaba of the Department of Trade and Industry (DTI), and Managing Director  Vince Dominic Yamat of 917Ventures.

The PES 59th Annual Meeting and Conference, held virtually  on Nov. 11-12, had for its theme “Harnessing Digitalization Towards a Transformed Philippines.”

The three speakers talked about the roles of the sectors they represent, namely, government, education and business, in the transformation of the country toward digitalization.

Usec. Aldaba bared to the audience that DTI aims to grow globally competitive and innovative industries in the pursuit of its vision for a dynamic industry ecosystem that would generate quality jobs and investments enabling the creation of new products and services leading to shared prosperity for all.

Chancellor Camacho, for his part, said that as part of the national university system, UPLB aims to enable graduates who are future-ready; who acquire skills, education, and training to be future-ready and to face the challenges of the industrial revolution.

Mr. Yamat, representing the business and innovation sector, said that their company, 917 Ventures, ideates, launches, accelerates, and scales new businesses for transformation to become more inclusive. He described his company as the largest corporate venture builder with GCASH as one of its most popular products.

The virtual roundtable discussion revolved around the three sectors’ role in the achievement  of a transformed Philippines and how synergies among the three sectors can be effectively harnessed.

Also discussed were the need to harness entrepreneurship among students, digitalization of MSMEs, helping start-ups grow, the importance and potentials of artificial intelligence.

In this regard, DTI is putting up the National Center for Artificial Intelligence Research to help leverage the country’s comparative advantage in the IT-Business Process Management sector.

According to Usec Aldaba AI has the potential to add 92 billion USD to the country’s GDP by 2030. She also mentioned among others the agriculture sector as benefiting from AI through precision farming.

Also discussed was the need to develop and harness entrepreneurship among students and the opportunities for academe to take advantage of the “tipping point” in digitalization that is enjoying growth in the country today.

Chancellor Camacho said that the panel discussion allowed insights on how curricular programs could be improved, especially in terms of content in the face of the developments that have taken place. He said that the delivery of instruction could benefit from digitalization.

He brought up the need for UPLB to hasten the offering of postgraduate degree programs in data science so that it could help provide the country the human resource needed to ramp up digitalization in the country.