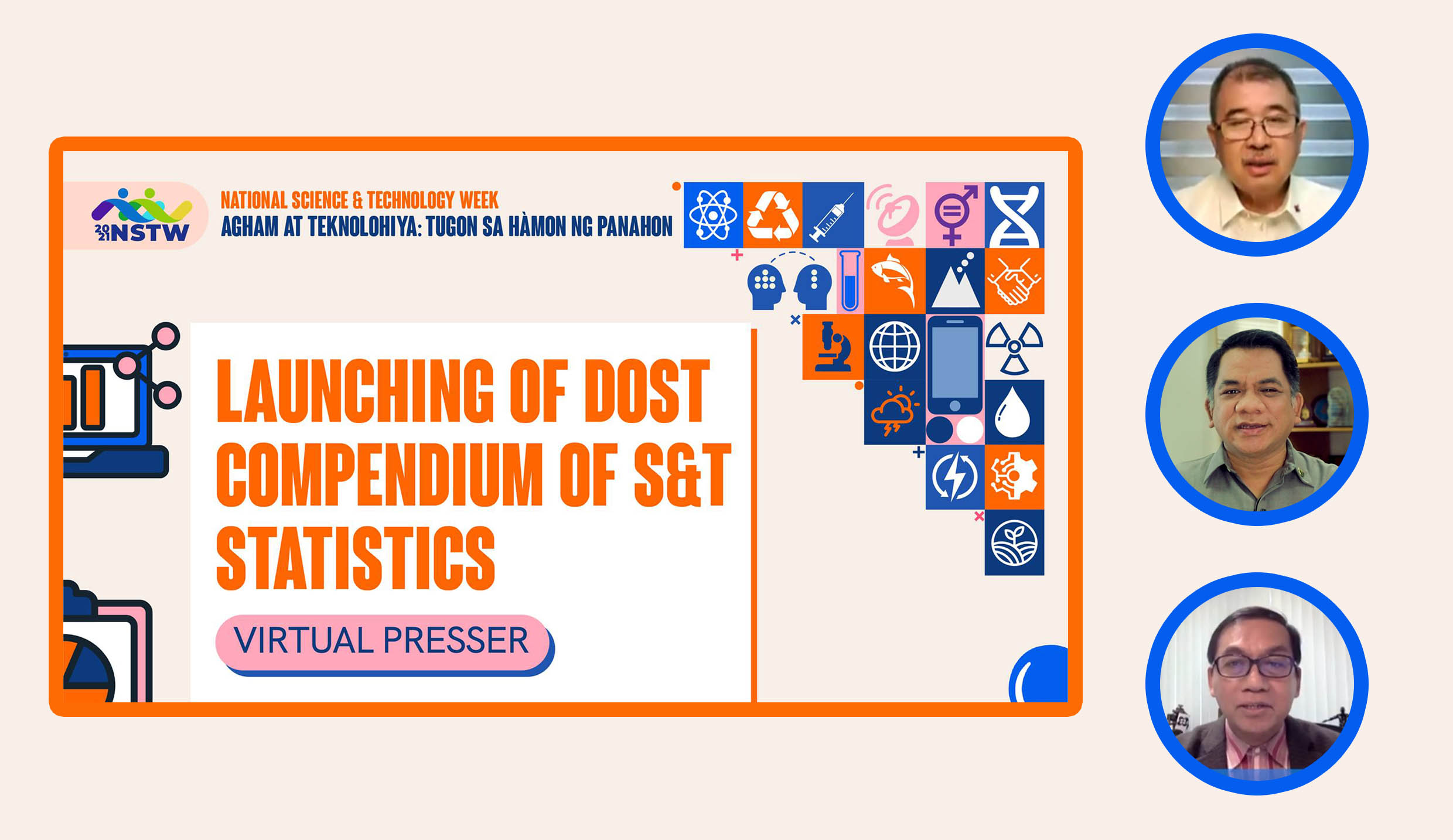 The DOST Compendium of S&T Statistics, launched on Nov. 19 via video conference, contains the “Research and Development  (R&D) Survey Report 2018,” the data and information of which comes from a project of INSTAT.

The project, entitled “Improving the Design, Conduct, and Analysis of the Survey on R&D Expenditures and Personnel” was funded by DOST.

Dr. Renato U. Solidum, Jr., DOST Undersecretary for Technical and Scientific Services, officially opened the event. In his opening remarks, he discussed the background of the survey including its history and importance.

Minerva Eloisa P. Esquivias, Deputy National Statistician for Censuses and Technical Coordination of the Philippine Statistics Authority (PSA), recognized the efforts of DOST and its collaboration with PSA in her message.

Chancellor Jose V. Camacho Jr., talked about the contributions of UPLB INSTAT to the compendium, expressing that it is an honor to be given the opportunity to produce the “R&D Survey Report 2018” by DOST.

In his keynote message, DOST Secretary Fortunato R. dela Peña, tackled the performance of the Philippines in terms of global R&D. He reiterated the need for the country to catch up with other countries.

Maridon O. Sahagun, DOST Assistant Secretary for Finance and Strategic Planning, presented the Science, Technology, and Innovation (STI) data and indicators. She showed the results of the 2018 survey including the R&D data on human resources and financial resources as well as the indicators of ASEAN members.

After the presentation, an open forum was held from which emerged such questions as the importance of the compendium amidst the pandemic and contributing factors to the results.

Cezar R. Pedraza, director of DOST-Planning and Evaluation Service (PES), gathered support for the ongoing 2019-2020 Survey on the R&D Expenditures and Human Resources. He also discussed the coverage and the alternative modes of the survey.

Engr. Sancho A. Mabborang, DOST Undersecretary for Regional Operations, closed the event with a message on the importance of statistics and data in setting priorities for the people.

This compendium launch is one of the pre-events for the celebration of the National Science and Technology Week (NSTW) on Nov. 22 to 26. (Kyle Ramiel Dalangin)