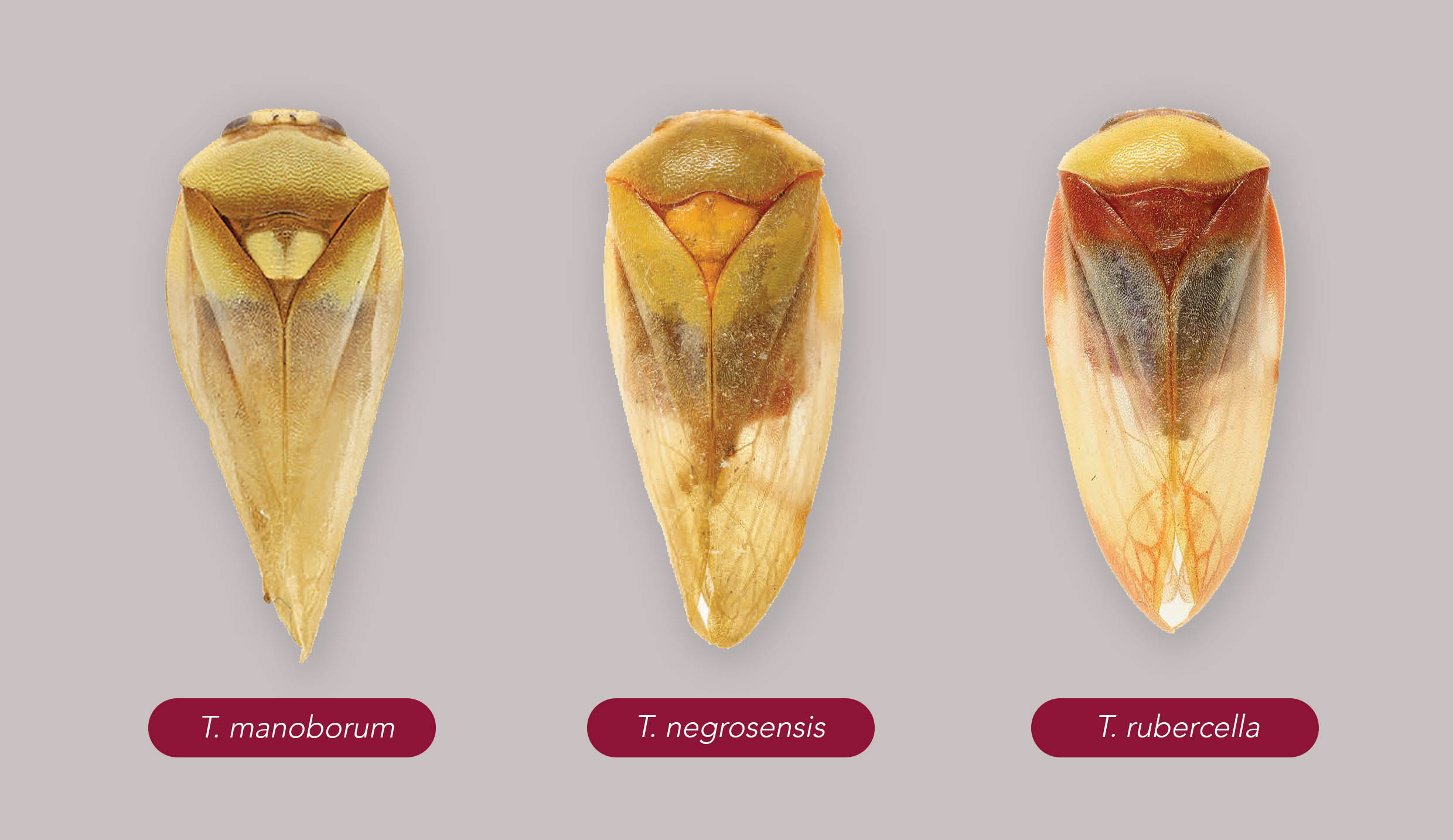 A joint research team from the Museum of Natural History (MNH) and France’s Muséum national d’Histoire naturelle (MNHN), has published their latest discovery of five new species of froghopper, three of which are from an entirely new genus.

The new genus is named Trigonoschema, coming from the Greek words “trigonos,” meaning triangle and “schema,” meaning shape, in reference to the insect’s appearance when viewed from above.

The three new species of the new genus are T. manoborum, T. negrosensis, and T. rubercella. The remaining two new species are from the genus Mioscarta, specifically M. nubisa and M. translucida.

Froghoppers belong to the superfamily of insects known as Cercopoidea, and are closely related to cicadas.

As their name suggests, they are well-known for their leaping prowess as well as for forming “nests” of foamed-up plant sap during their nymphal stage.