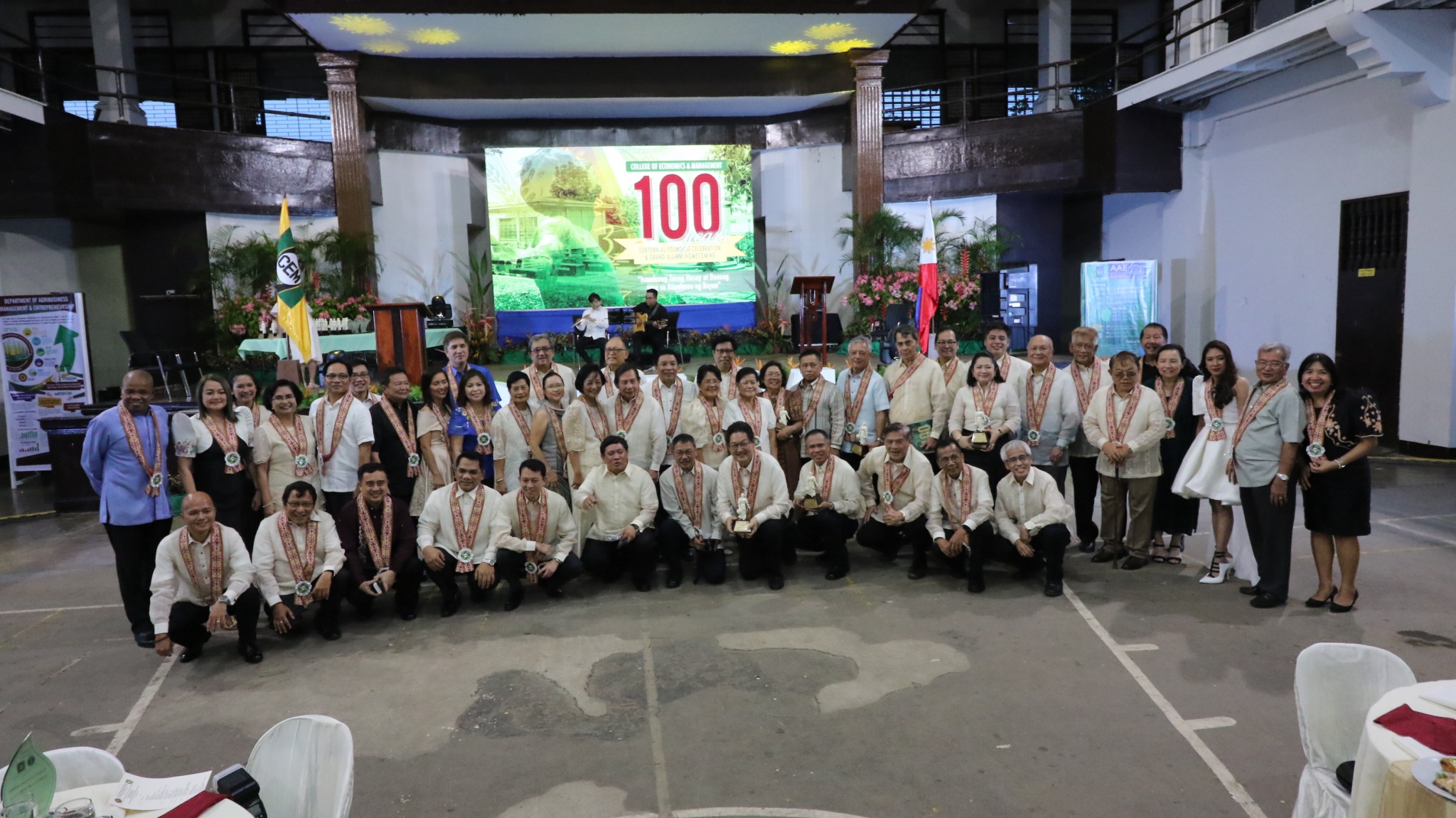 What started out as the Department of Rural Economics in June 1919 at the then UP College of Agriculture has grown into a full-fledged college that celebrates its centennial this year – the College of Economics and Management (CEM).

True to its theme “Isandaang taong husay at dunong para sa kaunlaran ng bayan,” CEM marked its 100th anniversary with the honoring of 100 of its alumni who have made significant contributions to their respective fields.

The awarding ceremony took place during the CEM Centennial Program and Grand Alumni Homecoming on July 19 at Baker Hall.

“We have come this far and we are proud and amazed at what our alumni has accomplished to this day,” said Dr. Isabelita M. Pabuayon, dean of CEM and also one of the awardees.

CEM also recognized its outstanding faculty, researchers, personnel, and administrators, and gave out awards to those who have served for 30 to 43 years at the college.

“You are our inspiration in moving forward as an academic institution in the coming years,” Dr. Pabuayon added.

He encouraged his fellow CEM alumni to use their knowledge to proactively take part in improving the country’s economy through their respective sectors, be it in academe, government, or the industry.

Dr. Balisacan identified the stunted development of Philippine agriculture and unequal distribution of opportunities as the two main development afflictions that need to be addressed.

“Given the country’s good economic performance in this decade and the optimistic prospect for the [intermediate] term as well as the policy performance that have been put in place, the Philippines has another window of opportunity to achieve its development goals,” Dr. Balisacan said.

“We’ll not squander this opportunity. This time, let us pour new wine into new wine bottles,” he continued.

UP President Danilo Concepcion, whose message was read by Atty. Roberto M.J. Lara, secretary of UP and the Board of regents, emphasized the role of CEM and its graduates in ensuring a better future for Filipinos.

For his part, Chancellor Fernando C. Sanchez, Jr. enjoined CEM to remain as the university’s stalwart and proud partner in preparing students to become leaders in society, especially now in the context of the Fourth Industrial Revolution.

“The pervasiveness of the Internet and social media has changed how business, the economy, and society work at a deeper level than before,” Chancellor Sanchez said.

“As a state university dedicated to preparing its students to become leaders in society upon graduation, UPLB must rise to meet this challenge,” he maintained. (Jessa Jael S. Arana)