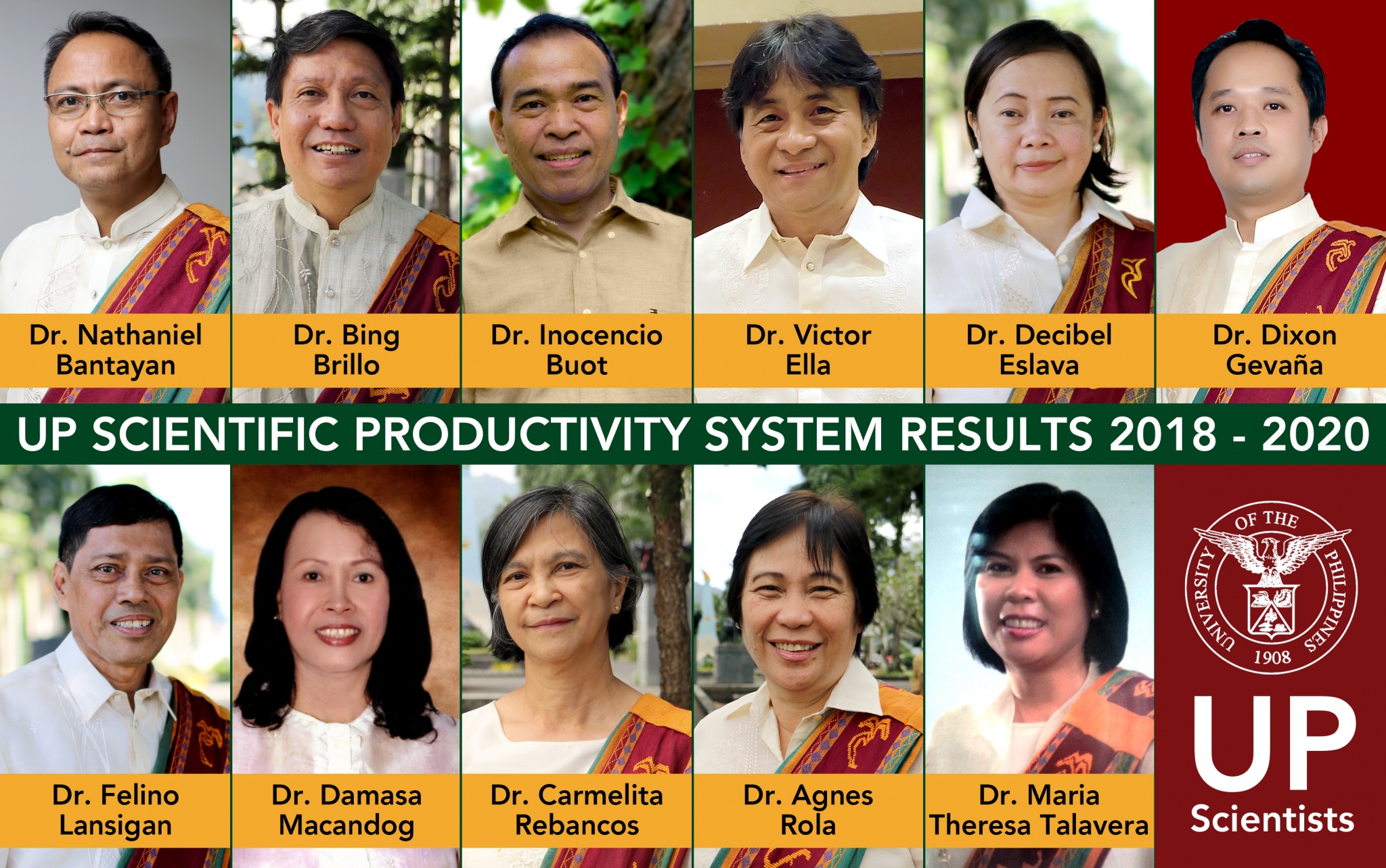 11 from UPLB get new, renewed UP Scientist appointments

Eleven UPLB faculty members were appointed as UP Scientists for their notable scientific productivity.

Five of them were promoted, four retained their past designations, and two entered the exclusive circle for the first time.

Dr. Decibel Faustino-Eslava of the School of Environmental Science and Management (SESAM) jumped from UP Scientist I to UP Scientist III.

Dr. Felino P. Lansigan of the Institute of Statistics-College of Arts and Sciences (CAS-INSTAT) and Dr. Agnes C. Rola of CPAf advanced from UP Scientist II to Scientist III.

Former UP Scientist I, Dr. Bing Baltazar C. Brillo of the College of Public Affairs and Development (CPAf) and Dr. Carmelita M. Rebancos of SESAM, are now UP Scientist II.

Meanwhile, Dr. Damasa M. Macandog of the Institute of Biological Sciences (CAS-IBS) and Dr. Nathaniel Bantayan of the College of Forestry and Natural Resources (CFNR) retained their UP Scientist I appointments.

Dr. Victor B. Ella of the College of Engineering and Agro-industrial Technology and Dr. Inocencio Buot, Jr. (CAS-IBS) also retained their respective UP Scientist II and UP Scientist III appointments.

The two new appointees are Dr. Dixon T. Gevaña of CFNR and Dr. Maria Theresa M. Talavera of the College of Human Ecology, both as UP Scientist I.

These 11 UP Scientists belong to the 71 from the UP System who were appointed under the UP Scientific Productivity System by the Board of Regents at its 1341st meeting on Feb. 4. Their appointment is effective 2018-2020.

Forty-one, or more than half of them, are from UP Diliman; while nine come from UP Manila. The remaining appointments are from UP Baguio, UP Open University, UP Visayas, and UP Mindanao.

The UP Scientific Productivity System was devised in August 2005 to encourage and increase the scientific research output in the UP System.

Aside from these 11 new and renewed appointments, UPLB has 31 other faculty members who have existing UP Scientist appointments effective 2017-2019.

The UP Scientist title comes with a monetary award. (Psalmster John Ligan)