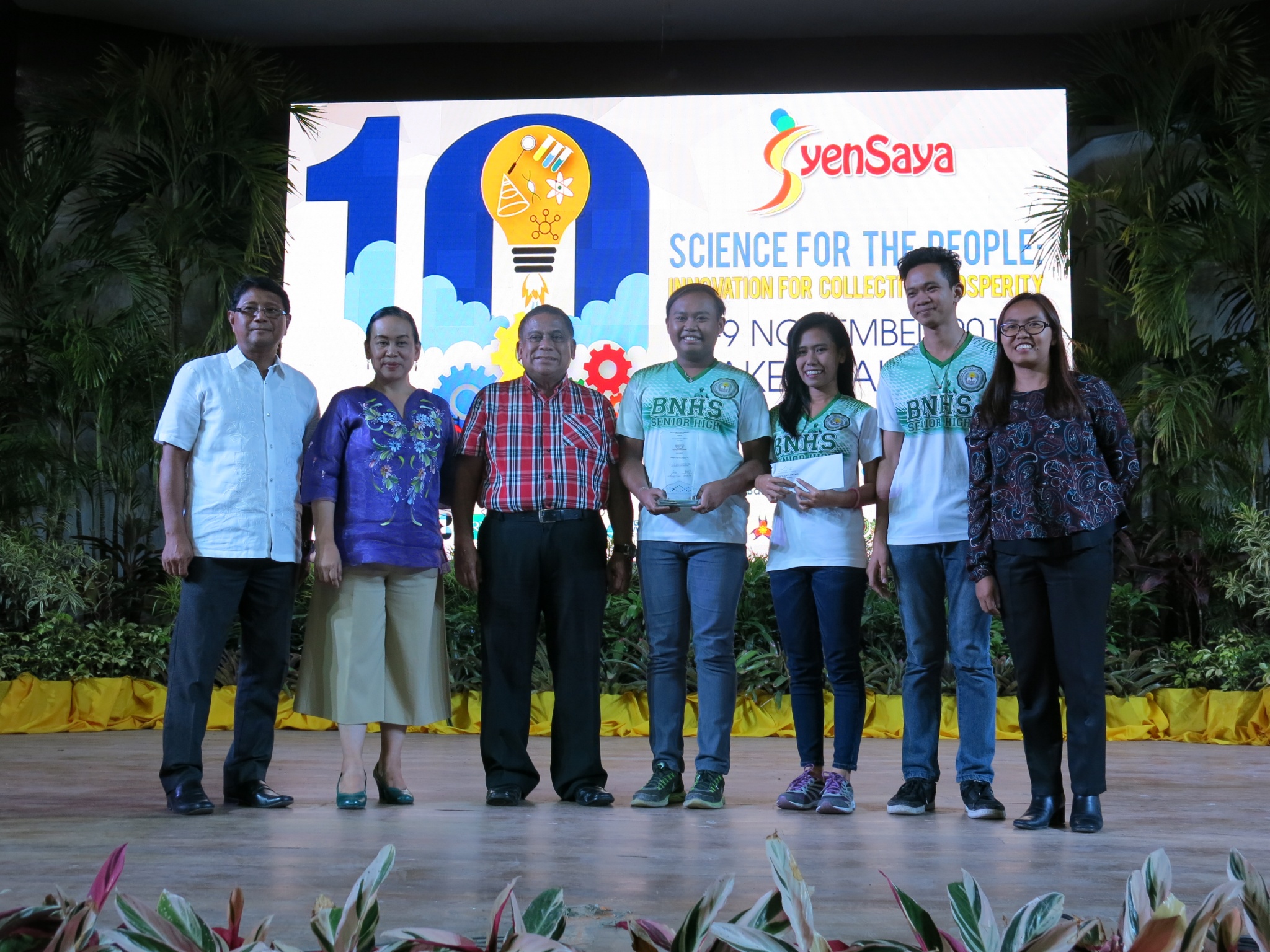 The 10th Syensaya unleashed the potentials of Laguna’s ‘future scientists’ through the Youth Science Award, a new award for innovation in science and technology among high school students, created and to be given annually by the Los Baños Science Community Foundation, Inc. (LBSCFI).

The LBSCFI also awarded its traditional Outstanding Research and Development Awards during the closing program.

The development category award went to the School and Home Gardens Project, a collaborative endeavor of the Southeast Asian Regional Center for Graduate Study and Research in Agriculture, the Department of Education-Laguna, and UPLB.

LBSCFI also presented plaques of appreciation to personalities who have played key roles in achieving the LBSCFI’s objectives. They are Engr. Pantaleon Ll. Tabanao, general manager of the Laguna Water District Aquatech Resources Corporation and For. Roberto P. Cereno of the UPLB College of Forestry and Natural Resources.

Syensaya’s closing ceremonies also served as the venue of the turnover of LBSCFI’s leadership from Dr. Alexander R. Madrigal, regional director of the Department of Science and Technology Region 4A to UPLB Chancellor Fernando C. Sanchez, Jr.

On behalf of Chancellor Sanchez, Dr. Serlie Barroga-Jamias, vice chancellor for community affairs, accepted the responsibility and expressed commitment in strengthening partnerships in the LBSCFI.

“Together, let us strengthen the LBSCFI and show the country what a municipality modeled on scientific and ecologically sound principles can achieve,” Dr. Jamias said, as she read from the message of Chancellor Sanchez. (Jessa Jael S. Arana)