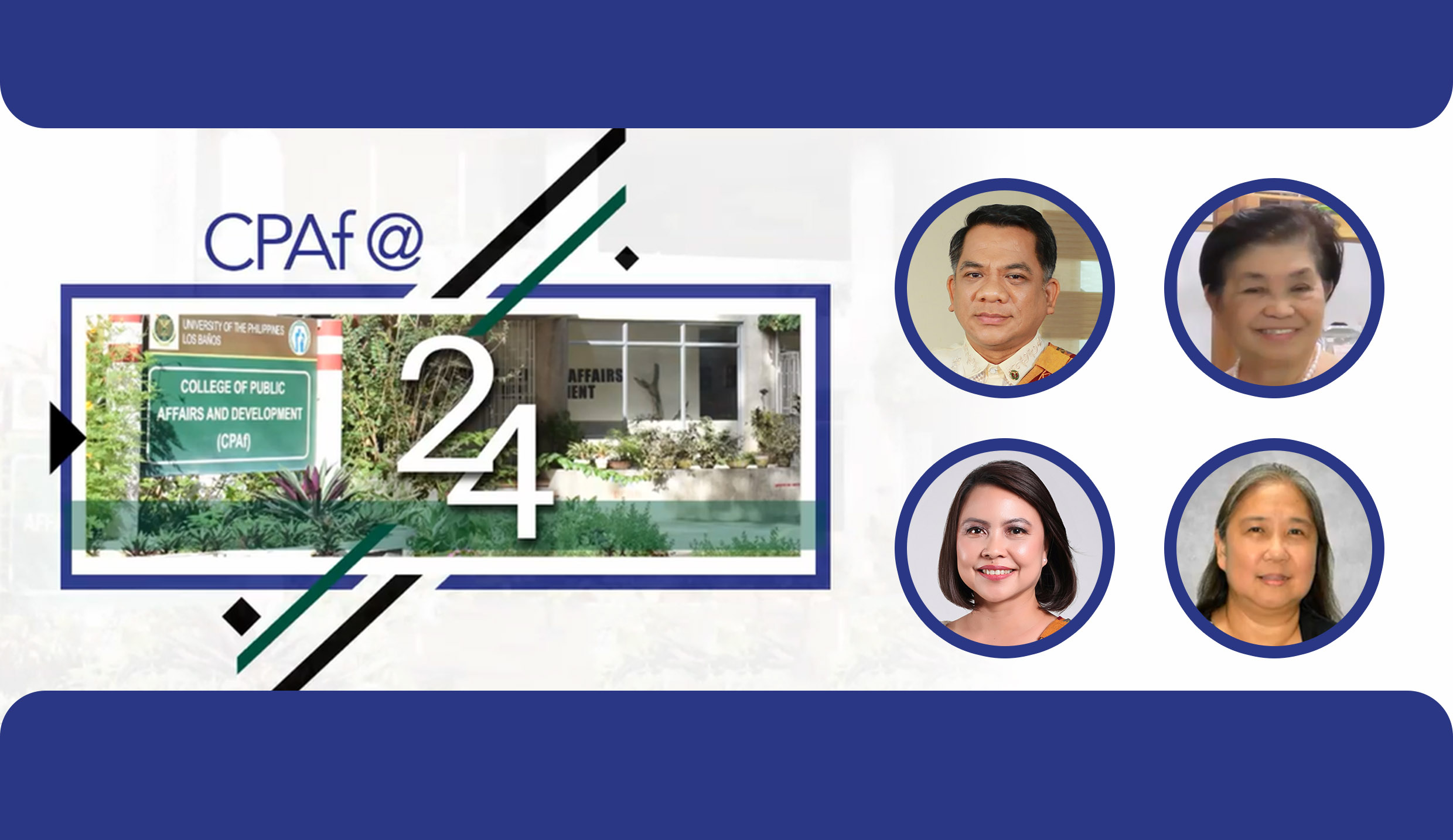 With the theme “Forging Leaders for Institutional Governance and Development,” the College of Public Affairs and Development (CPAf) held the first day of their 24th anniversary celebration with a webinar on leaders and elections on Jan. 28 at 9 AM via video conference.

In her welcome message, CPAf Dean Rowena dT. Baconguis introduced the day’s topic, which is aimed at promoting voter literacy and increasing awareness on matters related to local and national elections.

Two more webinars will be held on Feb. 4 and 11 as part of the celebration, which will also tackle issues affecting good governance and development.

Dr. Clarita R. Carlos, former professor of political science at UP Diliman and the guest speaker for the first day of the celebration, tackled leadership, governance, and development.

She reiterated that UP is a place where people can express their beliefs with freedom. She also highlighted the power of one vote and encouraged the attendees to exercise their right to vote.

She said that it is important to elect the right person as president because they will appoint officials who will be making decisions that can change everyone’s lives.

In the open forum, topics such as foreign policies, personality traits needed for competent leaders, and methods to empower the people in making informed choices were tackled.

Blanquita R. Pantoja, director of Community Innovations Studies Center (CISC) of CPAf, thanked everyone behind the event in her closing remarks.

The second part of the series will tackle the Mandanas Ruling and its significance on the leadership of local government units, while the third and last part will be on the role of HEIs in forging leaders.