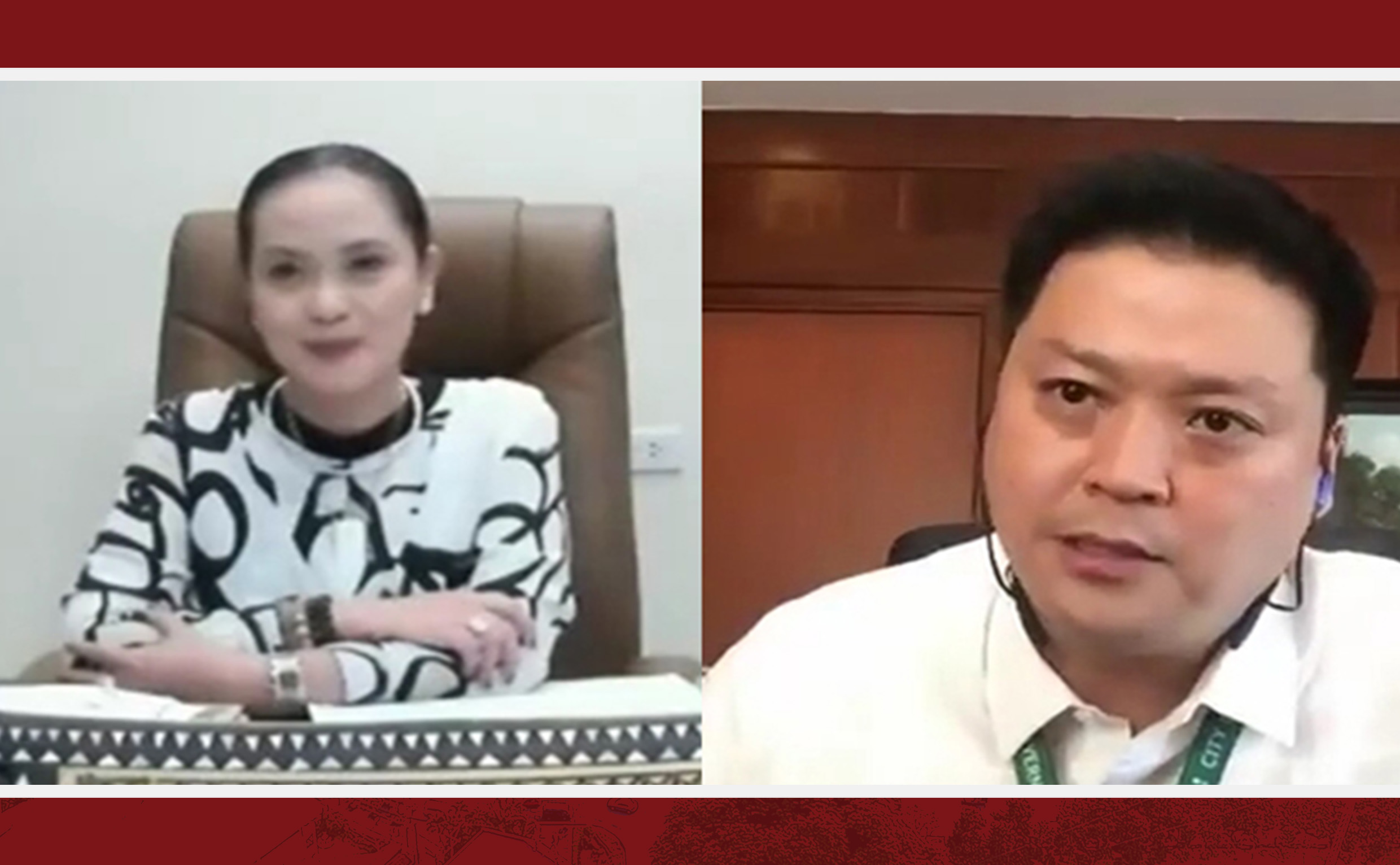 This is the key to how two industrial and populated cities in the country managed the COVID-19 pandemic in the face of limited resources at the national and local levels.

The two talked about their COVID-19 management strategies during the Center for Strategic Planning and Policy Studies (CSPPS) Policy Webinar Series on June 29.

Mayor Arcillas, an alumna of UPLB, explained how they were able to establish the Santa Rosa Community Isolation Unit in an old building of a Catholic school in cooperation with the Diocese of San Pablo. The Complex of Hope, a facility for COVID-19 patients in the city, also receives support from various partners, including The Medical City South Luzon where it is based.

These COVID-19 facilities, Mayor Arcillas said, are open not only to the residents of Santa Rosa, but also to the employees of companies in the city’s industrial zones.

Mayor Arcillas said that these companies are likewise the primary donors of goods and facilities that have been instrumental for the LGU to expand its assistance and services these days not only to the almost 200,000 families in the city, but to the residents of other LGUs as well.

“Kapag may itinanim, may aanihin,” echoed Mayor Arcillas of an old saying, as she emphasized how maintaining good relationship with the business community, as well as proper budgeting of public funds, have helped Santa Rosa weather the pandemic.

On the other hand, Mayor Gatchalian acknowledged how PPP has allowed Valenzuela City to pursue local COVID-19 testing in partnership with partner private laboratories, now numbering four, which could process 200-250 samples daily. The city, he said, is the first in the country to initiate PPP for local COVID-19 testing.

The local testing laboratories, Mayor Gatchalian noted, has so far produced close to 8,000 results, which he said are sources of data. “With the wealth of data that we have, we could mine it and come up with our own localized protocols and initiate it in the city,” he said.

Mayor Gatchalian further emphasized the importance of data in responding to the pandemic. With the absence of a national ID system in the country, he said that the city used existing data from the Community-Based Monitoring System that records household data and other planning tools and local sources to systematically distribute food packs to almost 240,000 families in the city.

The two mayors reported that they have covered all of the families in their localities in the series of food pack distribution regardless of their socio-economic status, acknowledging that everyone is affected by the pandemic and the community quarantine.

Mayor Arcillas added that with the participatory governance approach that she has been advocating even before the pandemic, she is able to tap the support of all the sectors in Santa Rosa in managing and monitoring the situation of the city. “Together, we can help each other,” she stressed.

The two local chief executives also acknowledged the frontline role of LGUs in looking after the welfare of its people in this time of crisis.

“We follow the guidelines of IATF (Inter-Agency Task Force on Emerging Infectious Diseases), but It is up to us how we combat it; and participatory governance is very essential,” Mayor Arcillas said.

“We had to take the bull by its horn and run the city and find solutions on our own,” Mayor Gatchalian added.

Mayor Arcillas and Mayor Gatchalian served as the inaugural guests of the webinar series that streamed live on Zoom and Facebook. It is the online version of the CSPPS Policy Seminar Series of the UPLB College of Public Affairs and Development (CPAf).

“Their conveying of their invaluable experiences, best practices, and lessons learned during the past three months will serve as a veritable yardstick to other LGUs in responding to future pandemics and disasters,” noted Dean Rolando Bello of CPAf.