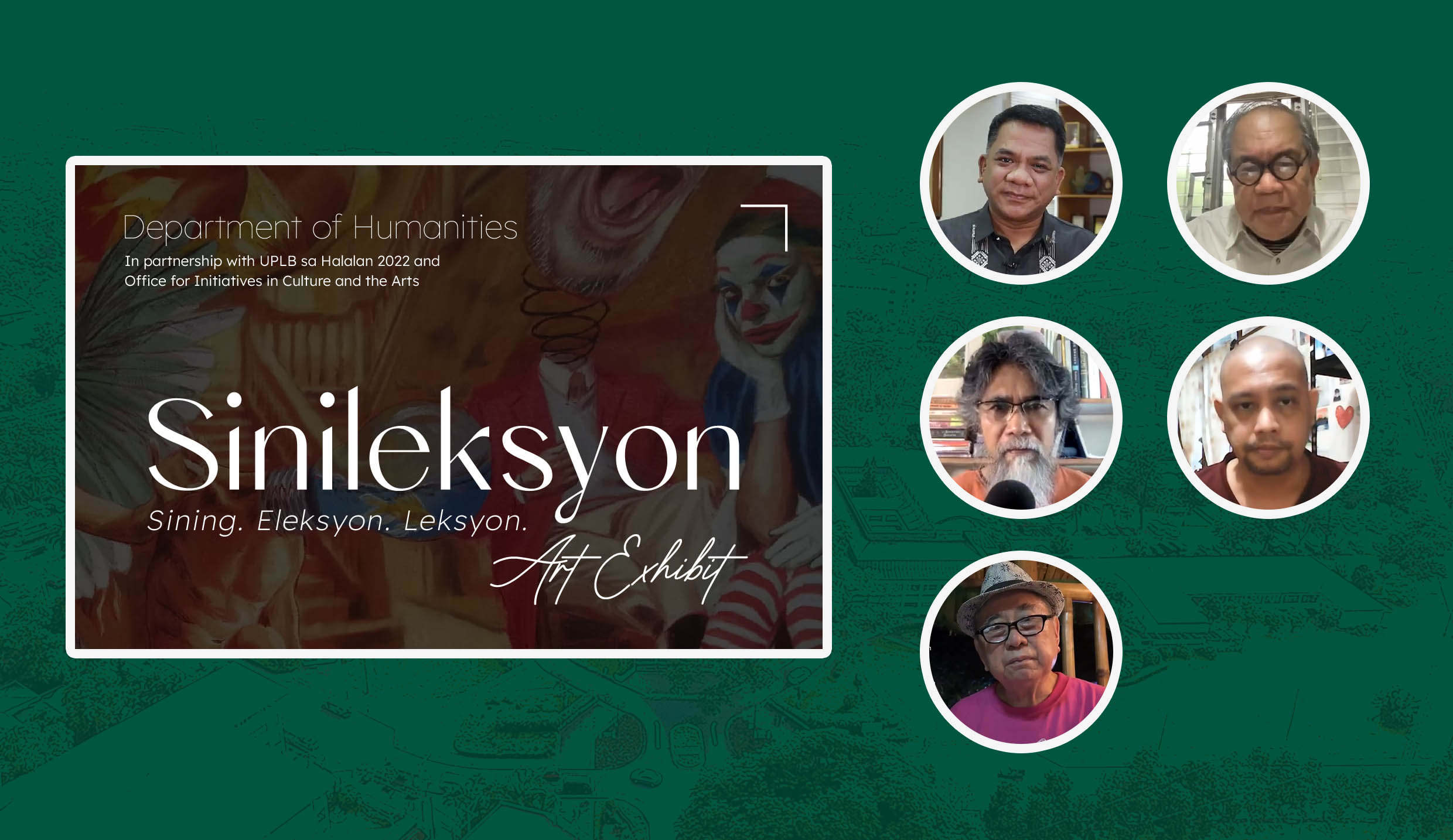 Culture and arts show the way to wise voting #UPLBsaHalalan 2022

The UPLB Department of Humanities (DHUM) and the UPLB Graduate School organized an online cultural night on May 2 to help voters correctly choose the country’s leaders during the 2022 elections.

Chancellor Jose V. Camacho Jr. opened the program with a call to the audience to choose the candidates who have integrity and who give importance to transparency.

Famous novelist and master of short stories, Dr. Jose “Butch” Dalisay Jr., gave a short message imploring the audience to choose the right leader for the nation, citing the importance of voting for leaders who are worth the sacrifices made by Filipinos over time.

Various artists gave performances during the program. A cover of Gloc-9’s “Upuan” was performed by faculty member Rudell Ramirez and keyboardist Japoy Pasigna.

BA Communication Arts students, directed by Chay Ardiente, Patricia Gregorio, and Darlene Villabriga, performed an excerpt from “Ang Awdisyon,” which was written by Prof. Vladimeir Gonzales of UP Diliman.

The UPLB Filipinana dance troupe performed a dance originating from the Kalingas of the Cordillera region, entitled “Banga Dance.”

Aaron Paul Lusanta, a faculty member at the Philosophy Division, gave a mixed media performance featuring a pop-up craft that was on voting wisely.

A spoken word performance was also given by Ivan Labayne, a UPLB faculty member.

The UPLB Street Jazz Dance Company gave a rousing performance from their Revive-Revibe series followed by a message from their president, Rozzel Anne Trinos.

Alongside the cultural night was the SINELEKSYON art exhibit organized by DHUM at the Makiling Art Gallery. The exhibit featured eight artists.

Dr. Benevieve Villanueva , chair of the SINILEKSYON ad hoc committee, and assistant to the vice chancellor for community affairs gave the closing remarks, applauding everyone involved in the program for their efforts.