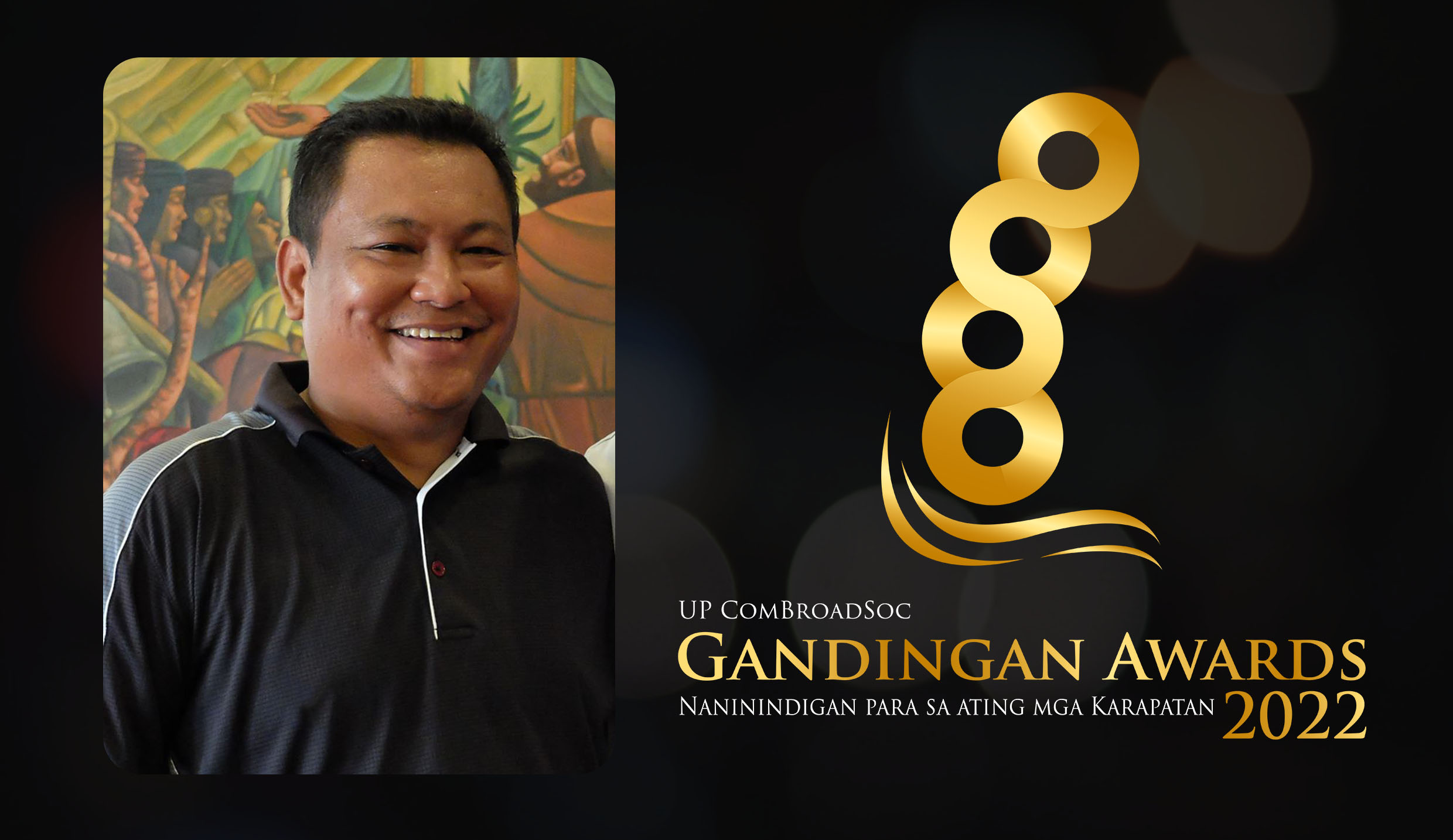 The award is named in honor of the late Ka Louie Tabing, founder of the Tambuli Radio Project, a multi-awarded broadcaster who hosted “Sa Kabukiran” on DZMM Radyo Patrol for 20 years, and is an acknowledged pillar of the broadcasting industry.

Villanueva was honored for his contributions toward establishing, developing, and building human resource capacity to sustain community radio programs/stations in the country.

The lone individual of three recipients of major Gandingan awards, Villanueva has been focusing his work on human rights and peace journalism.

“DOSTv: Science for the People,” an online and television program of the Department of Science and Technology (DOST) that airs information on the daily weather and popularized scientific knowledge was awarded Gandingan ng Kaunlaran.

Gandingan ng Karapatan was given to “Today’s Rundown sa Perspective Live: The Bloody Sunday Special,” which is dedicated to unpacking facts about the crackdown on activists and journalists in the Philippines.

Recognitions were also given to 41 other individuals and groups who, as the Gandingan Awards founder Mark Lester M. Chico said, exemplified the offering of themselves and their skills in leading efforts to uplift small communities through broadcasting.

Chico is a faculty member at the College of Development Communication (CDC) and the director of the Office of Public Relations.

Dr. Trina Leah T. Mendoza, chair of the Department of Development Broadcasting and Telecommunication (DDBT), said that the Ka Louie Tabing Award in particular, was truly significant because its namesake pioneered the concept and practice of community radio broadcasting in the Philippines.

In his acceptance speech, Villanueva paid tribute to Ka Louie Tabing for encouraging Kodao Productions in community radio broadcasting. He also condemned “the red-tagging and harassment of radio programs dedicated to indigenous peoples such as Radyo Lumad; the harassment by suspected agents of the state that led to the failure of Radyo Taclobanon, Radyo Sugbuanon, and Radyo Komunidad; and the harassment and killing of journalists and broadcasters in this administration.”

He vowed to continue their efforts to establish more community radio stations, saying, “We persevere because of our desire for genuine social justice that is possible only when the people have their own free voice.”

“There is no democracy if the people are silenced,” Villanueva added.

In his message at the awarding program, Chancellor Jose V. Camacho, Jr. cited the role of the Gandingan Awards in promoting the importance of personalities, organizations, and institutions who chose to devote their skills and knowledge toward the improvement of the lives of Filipinos.

Focused on development communication and community broadcasting, Gandingan is named after a Maguindanaoan instrument used by the youth to communicate with each other. This year, it had for its theme “Naninindigan para sa ating mga karapatan.”