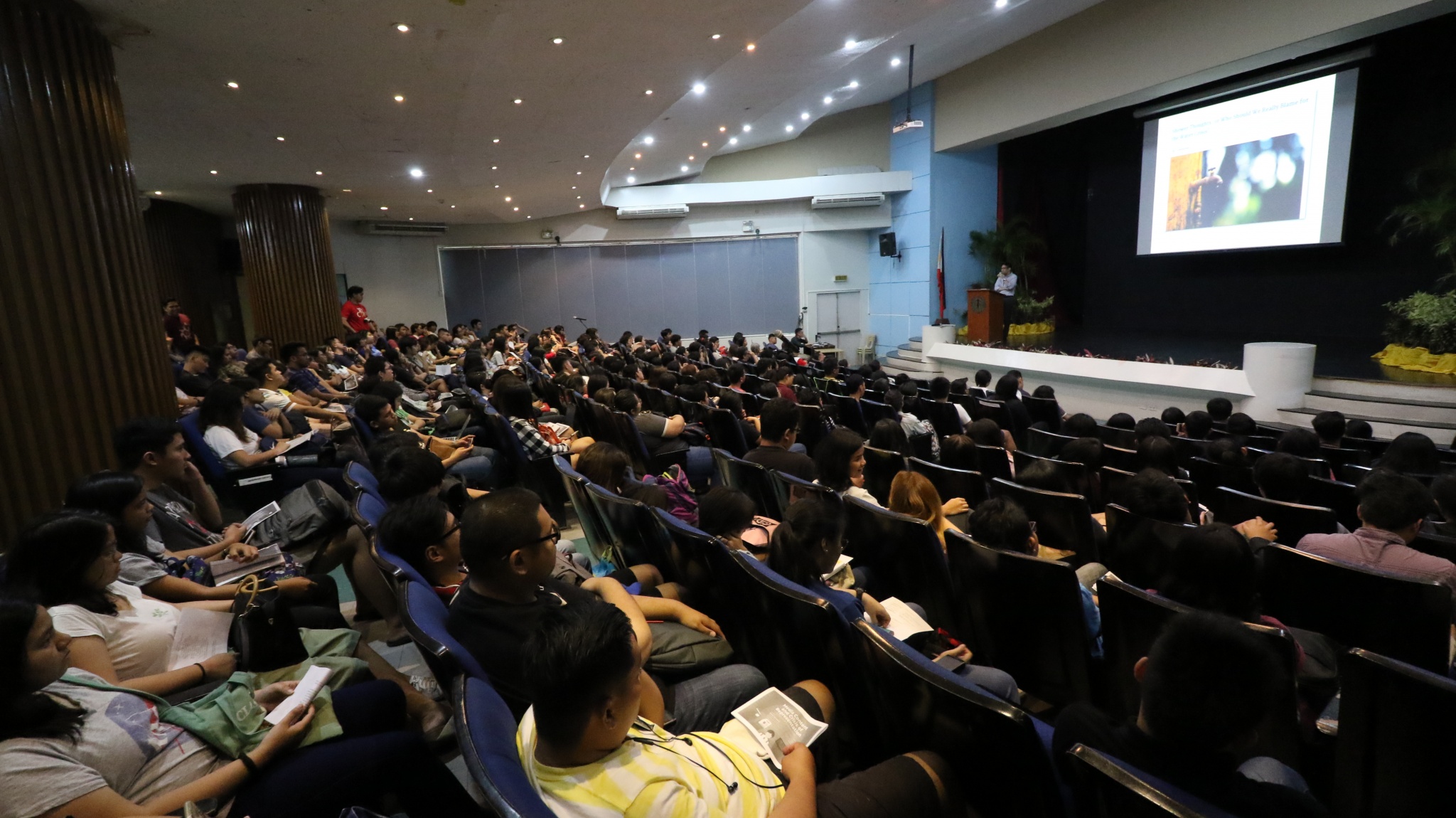 “Who do we trust? Is the truth in crisis? Does it matter?”

These are just some of the questions that Sarge Lacuesta, editor-at-large of Esquire magazine, put forward at the General Education Conversation, “Media content and crisis of representation.”

During his lecture on Mar. 25 at CAS Auditorium, Lacuesta led an inquisitive analysis into how people react to information as they receive it through digital media.

One of the discussion’s main premises was about the inherent nature of the digital age, in which information can come from anyone and anywhere,  and where many voices can compete for people’s attention.

With social media and the Internet, Lacuesta said that people are now able to talk to more people and encounter more stories and facts on a daily basis, making the truth harder to distinguish.

This abundance of information, he pointed out, also raises the observation that although technology has enabled people to communicate with a wider network and over longer distances, relationships between people have also become impersonal.

He cited that people have been reduced to numbers, such as in the number of followers a celebrity has or the contradicting number of reported casualties in the drug war. “Is it 2,000? 20,000? Does it matter?” he asked.

Lacuesta also pressed on the issue of the communication interface being controlled by people in power, be it through “troll armies” or the implemented policies and algorithms on the platform itself, resulting in a manipulation of truth and reality.

Despite these bleak prospects, Lacuesta maintains that social media users can still hold their ground as content producers and media managers themselves.

He encouraged the audience, composed mostly of undergraduate students, to examine and be more selective of the information they share and react to and to immerse themselves more in the offline reality.

“We have a new updated reality; we also need to update our tools to deal with it,” he maintained.

The GE Conversation was organized by the course committee of the COMM 10: Critical Perspectives in Communication offered by the College of Development Communication and the Department of Humanities-College of Arts and Sciences. (Jessa Jael S. Arana)