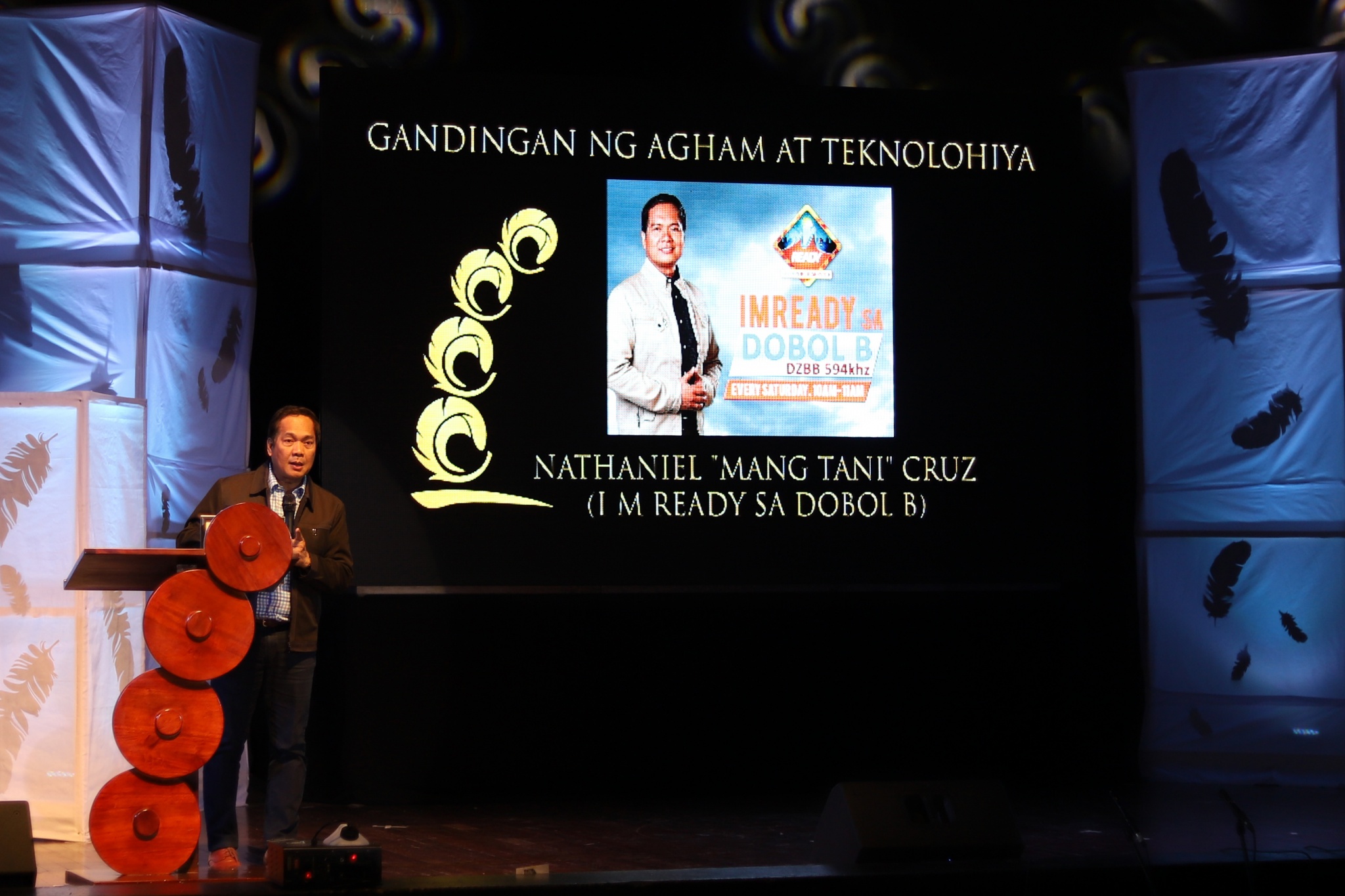 GMA Network and DZUP 1602 bagged most of the trophies at UPLB’s Gandingan 2019, The 13th Isko’t Iska’s Multi-Media Awards on Mar. 16 at the DL Umali Hall.

Of the 40 Gandingan honors, 18 went to GMA, and 10 to DZUP, UP Diliman’s radio station, for their notable development-oriented programs, content, and media personalities.

Cruz’s radio show was also hailed as Most Development-Oriented Science and Technology Program under the string of New Core Awards that were determined for their development content.

The UP ComBroadSoc, a student organization at the College of Development Communication (CDC), spearheads the annual Gandingan awards.

Six other Gandingan honors went to DZUP, including the Most Development-Oriented AM Station award.

AUP 87.8 Shine Radio of the Adventist University of the Philippines was declared as Most Development-Oriented FM Station. The other winners are listed on the official Facebook page of Gandingan.

A board of judges composed of UPLB students and faculty members selected Gandingan’s winners from the list of nominees. These names came from media stations and were later shortlisted by a screening panel.

With the theme “Midya at Bayan: Malaya. Mulat. Matapang,” Gandingan 2019 recognized the courage of media programs and practitioners in advocating and upholding the freedom of the press and the people.

A posthumous lifetime achievement award was also given to the late community broadcaster. His wife Zenaida Tabing received the award.

Proceeds of Gandingan 2019 were given to Bahay Pag-asa ng Laguna in Calauan town, a transition home for children in conflict with the law (CICL).