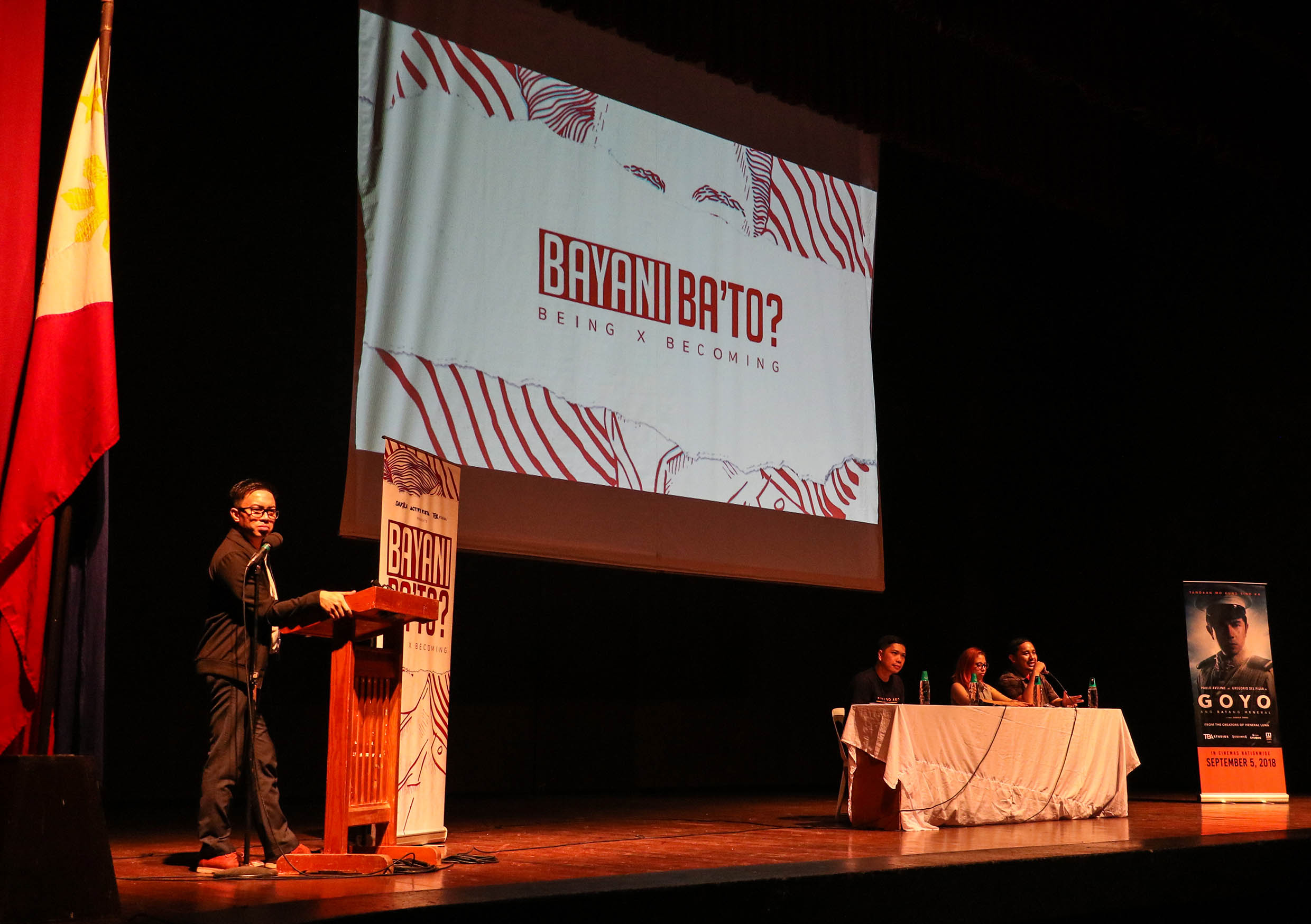 Heroes are humans, too.

This was how historians described heroes during the symposium “Bayani Ba’to?: being x becoming” on Aug. 29 at the DL Umali Hall.

The symposium, attended mostly by students taking up history courses, brought to the fore the humanness of heroes and broke stereotypes about them.

Guest historian John Ray Ramos, who advocated critical thinking in looking at the past and at the present, also urged the audience to recognize the flaws of heroes.

Del Pilar, a young general during the Philippine-American War and commonly known as the “Hero of Tirad Pass,” is the featured hero in the upcoming film “Goyo.”

“Goyo” is the second installment of the trilogy of films that feature leaders and milestones during the American colonial period. The first was the critically acclaimed “Heneral Luna.”

During the symposium, “Goyo’s” trailer and its prequel entitled “Angelito” were shown to the audience.

“Bayani Ba’to?: being x becoming” was organized by DAKILA, Active Vista, and TBA Studios, in cooperation with the DSS-CAS and Upsilon Sigma Phi. It was also held in different universities in the country.