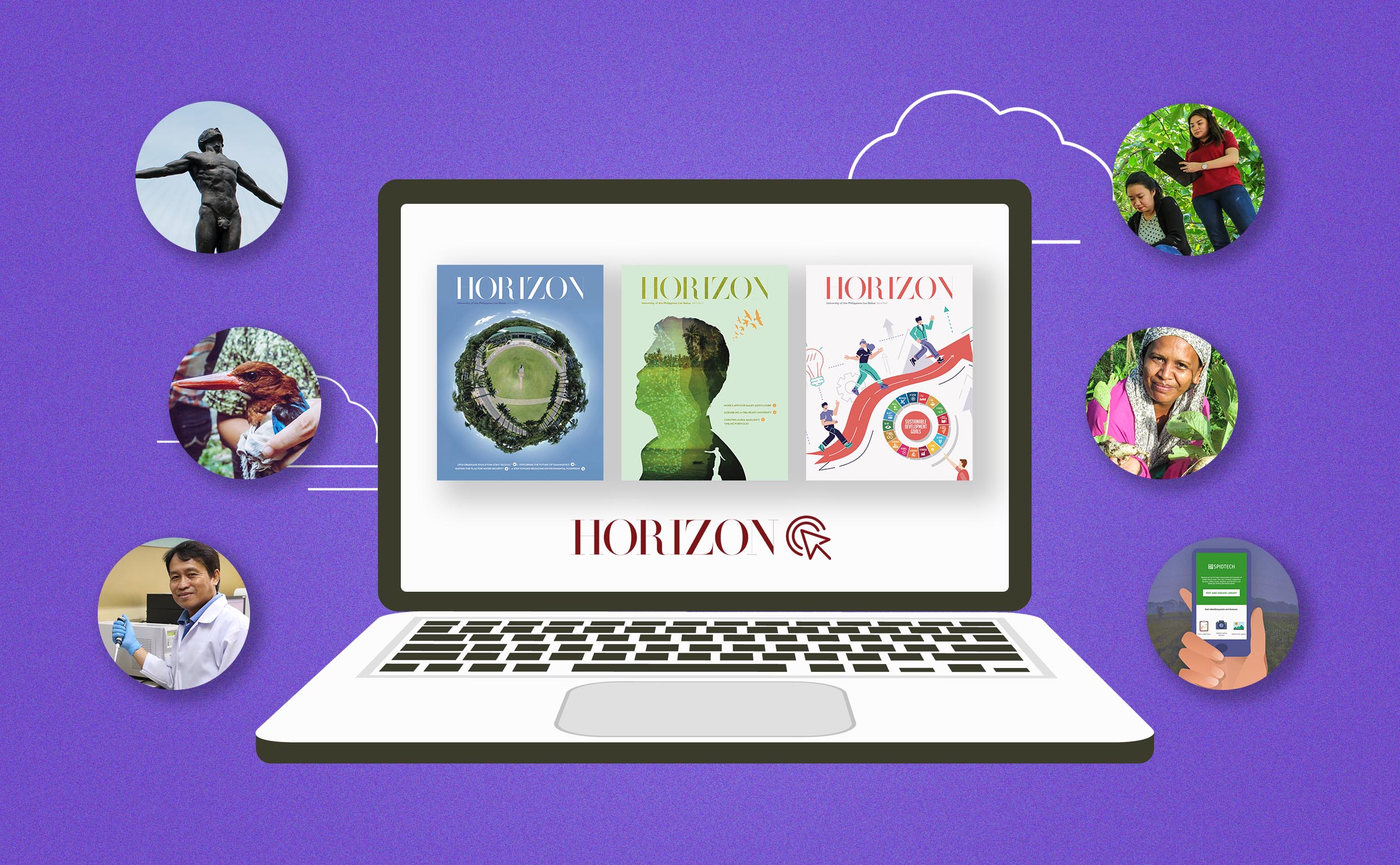 Horizon Magazine, the official magazine of the university, has established its online presence on the UPLB website.

The magazine, which debuted in 2013, is the all-feature stories counterpart of the Horizon community newspaper. Horizon was first published in 1973.

According to Bo, integrating the magazine to the university’s existing online media would broaden the magazine’s readership, especially now that everything is online.

“They can read the magazine on their screens anytime. It’s like leafing through the pages of the physical magazine,” she said.

The magazine’s latest issue features some of UPLB’s contributions to help attain the worldwide Sustainable Development Goals (SDGs) set by the United Nations.

Readers could also read articles from past issues of the physical magazine on its online version and download the PDF versions of the magazine on a separate web page.

OPR has continued to produce the print version of the magazine.