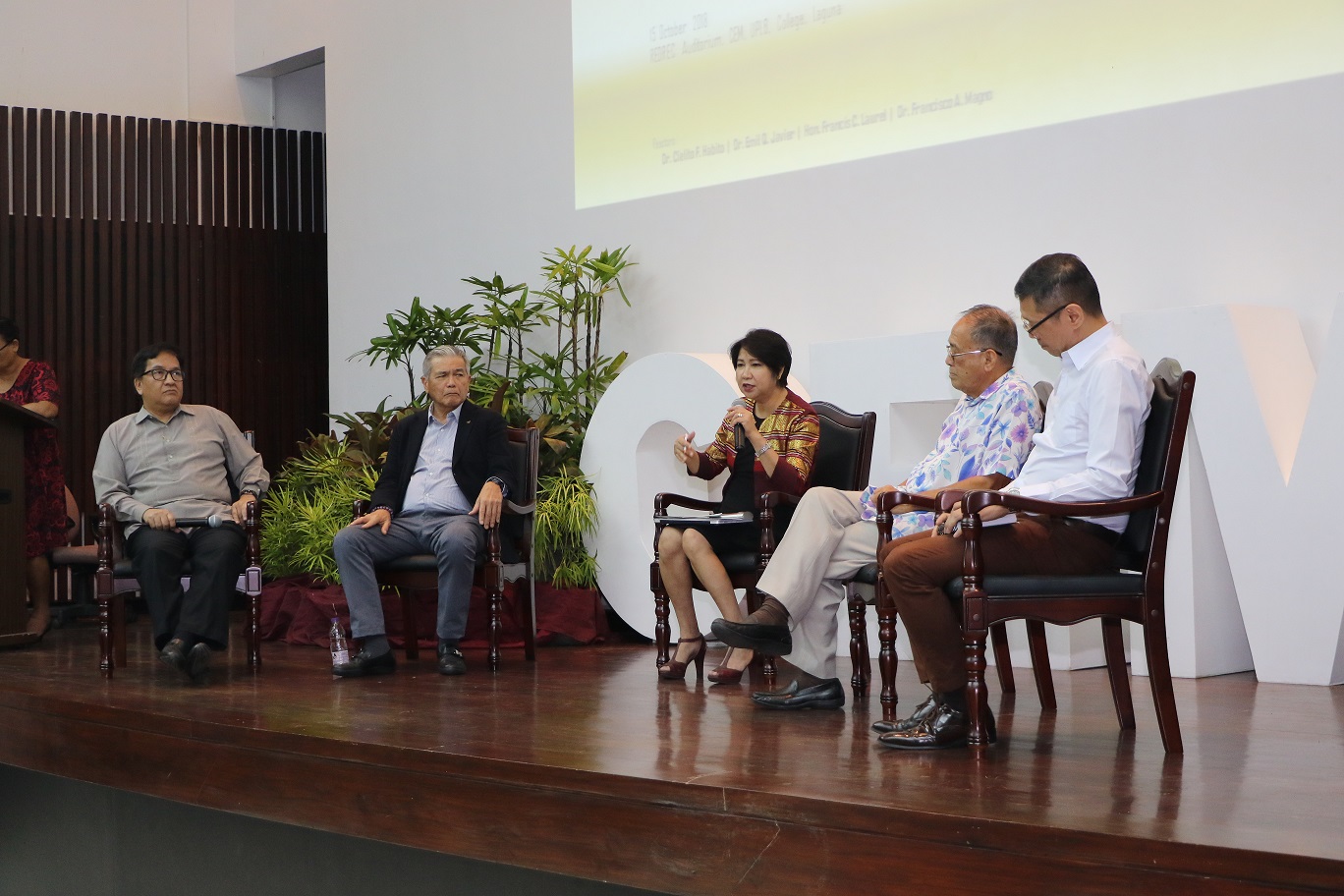 These are the factors needed to drive the Philippine economy, said Dr. Rosemarie G. Edillon, undersecretary for Planning and Policy at the National Economic Development Authority (NEDA), at the economic briefing entitled “State of the Philippine Economy: Short- and Long-term Imperatives for Sustainable and Inclusive Growth” that she gave on Oct. 15 at REDREC Auditorium.

According to Dr. Edillon, innovation and agricultural development accounted for the high total factor productivity (TFP) in the gross domestic product that largely contributed to the increasing economic growth and low inflation rate that the country experienced from 2000-2017.

On the swelling inflation rate recently experienced in the country, Dr. Edillon said that this could be attributed to the growing population and the increasing purchasing power of 99% of the tax-paying population in the aftermath of TRAIN Law.

“Tumaas ang demand, tumaas ang population, dapat tataas din ang supply. (Demand increased, the population increased, so the supply should also increase.) How do we do that? We start with agriculture,” she said, by way of encouraging UPLB to take up the challenge to improve the agriculture sector. “[Developing] more efficient way of doing things, that’s how we can produce more,” she added.

Producing more, she said, is crucial so that increased demand does not translate to increasing prices. This is also in line with NEDA’s AmBisyon Natin 2040 plan, in which the agency hopes to triple the per capita income within the next 25 years.  Dr. Edillon emphasized the need for more efficient technologies and innovations [to make this happen].

Dr. Habito called for the review of trading policies and restrictions that have become obsolete with the changing times and pointed out the need to address the country’s high imports and low exports. He also emphasized the need to address the stunting of the young generation who are the multitudes that will make up the workforce in 2050.

Dr. Javier responded to the issue on low growth rate of agriculture and brought up the need for a more substantive agriculture plan that addresses marketing agricultural goods. He also recommended that cooperatives and contract growing as a form of agribusiness among small farmers be developed. He also called for the government to invest more in science and technology.

Dr. Javier further emphasized the importance of promoting a culture of research and scholarships in institutions and for more partnerships between public research institutions and the private sector to help propagate and apply Filipino technology.

Dr. Habito seconded Dr. Javier and said that allowing faculty to act as consultants can be a good way to commercialize knowledge to the private sector.

Dr. Magno, on the other hand, encouraged participatory governance in which citizens are not just consumers but also producers of public goods and services. He said that the government can work on creating platforms that encourage citizens to participate in development and said that the production and co-production of knowledge was crucial to sustainable development. 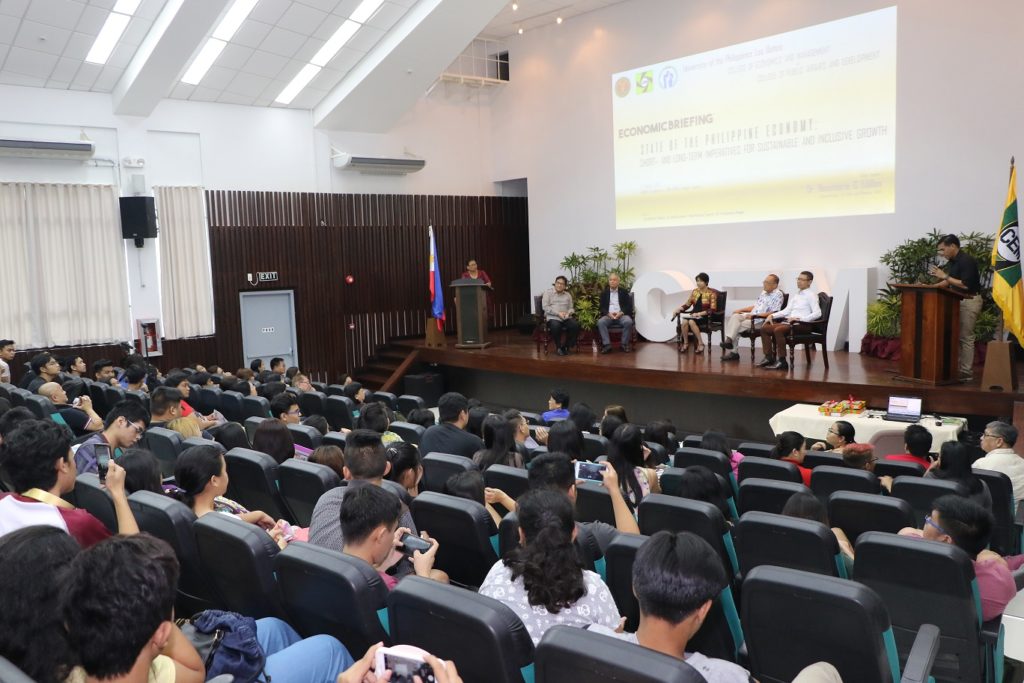 The economic briefing was organized by the College of Economics and Management (CEM) and the College of Public Affairs and Development (CPAf). It was attended by Dr. Portia G Lapitan, vice chancellor for academic affairs and representative of Chancellor Fernando C. Sanchez, Jr.; Dr. Isabelita M. Pabuayon, dean of CEM; Prof. Rolando T. Bello, dean of CPAf; Dr. Raden G. Piadozo, dean of the College of Human Ecology; Dr. Jose V. Camacho, dean of the Graduate School; personnel from the South East Asian Regional Center for Graduate Study and Research for Agriculture; the Ecosystems Research and Development Bureau, and  by UPLB students and professors. (JSArana)