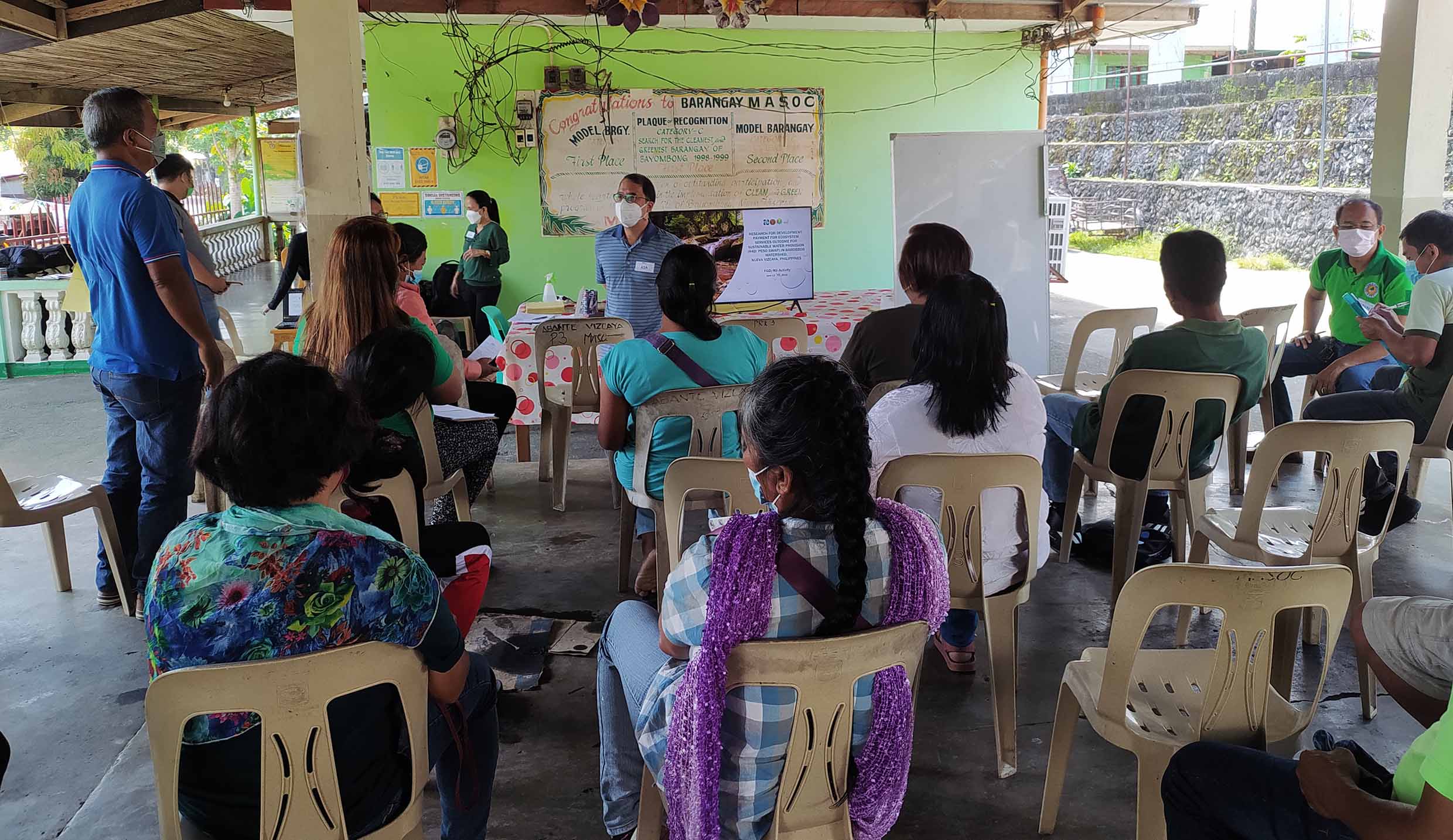 The project intends to develop and pilot a payment for ecosystem service (PES) mechanism for improved water supply in the Barobbob watershed. The FGDs gathered information about the present situation of the Barobbob Watershed and served as preparations to establish the implementation and monitoring mechanisms for PES.

Padilla graced the meeting held at the office of the PLGU Nueva Vizcaya and discussed the development projects in the province. He also expressed his appreciation for the project and wished for it to get ramped up to bigger watersheds in Nueva Vizcaya.

Forty-one participants attended the FGDs with the Barobbob Watershed occupants, farmers, and irrigators at the Barangay Hall of Masoc, Bayombong, Nueva Vizcaya.

Marilyn Juan, municipal environment and natural resources officer, and representatives from the Municipal Agriculture Office of LGU Bayombong and For. Rommel Yogyog, Barobbob Watershed coordinator, also participated in the activity.

A dialogue followed, focusing on the current situation, and the water quantity and quality produced by the Barobbob watershed.

The project team also visited a site at the Barobbob spring to observe the state of the watershed and the condition of the pipes and water reservoir in the area.

PESO-SWaP is a project funded by DOST-PCAARRD and implemented by INREM from 2021 to 2023. INREM is chaired by Dr. Juan M. Pulhin, one of the UPLB scientists who has been contributing to the report of the Intergovernmental Panel on Climate Change over the years. (Adelaine C. Arganda)