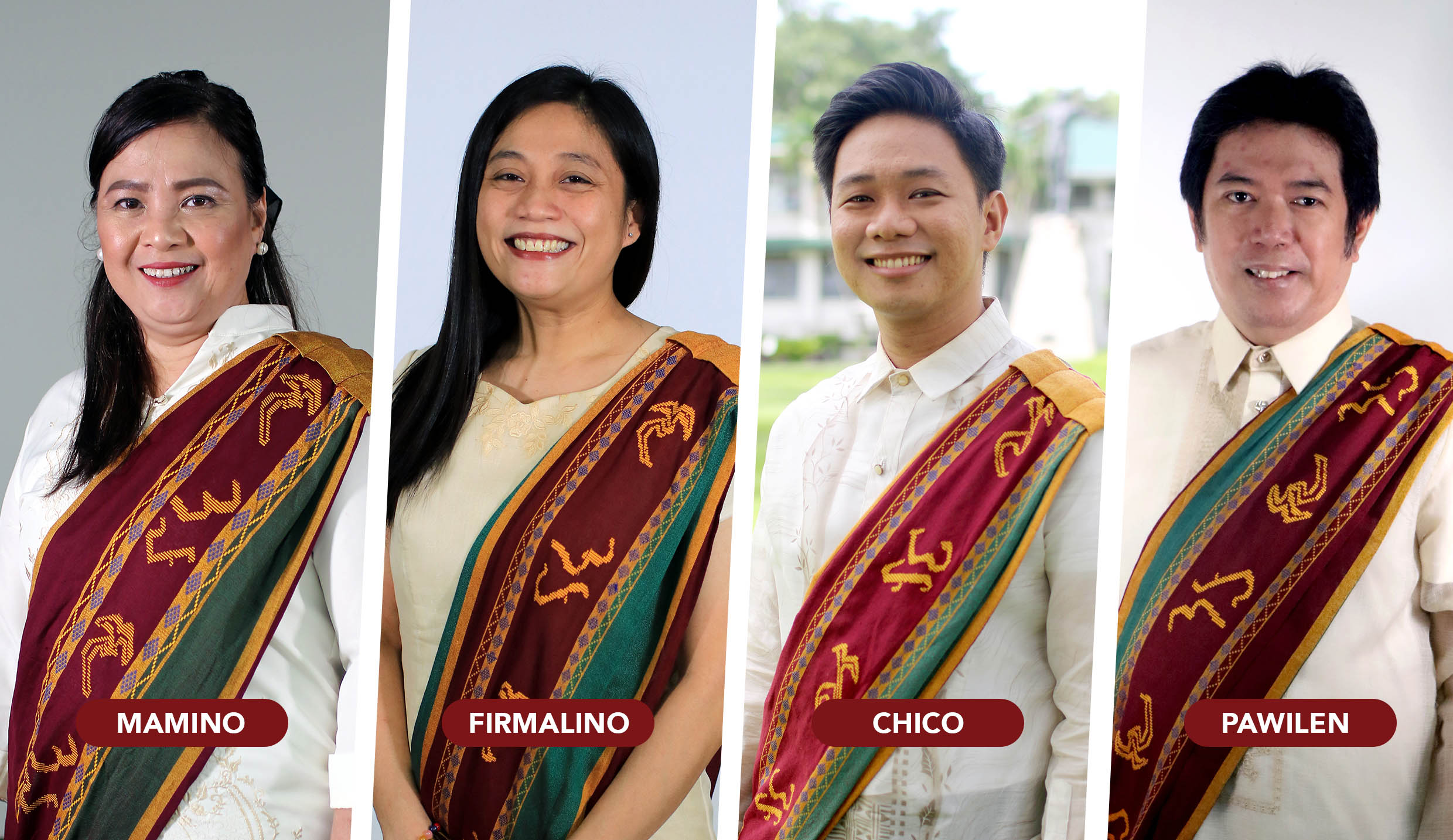 Four directors are managing and overseeing four university offices under the direct supervision of the Office of the Chancellor. They are part of the management committee of Chancellor Jose V. Camacho, Jr.

Dr. Mamino has been at the forefront of alumni affairs of the College of Public Affairs and Development (CPAf), where she obtained her Master in Public Affairs. As the alumni relations officer of CPAf, and the current vice president and former treasurer of the CPAf Alumni Association, she has been working and coordinating with alumni groups since 2012 for various undertakings.

Dr. Mamino is the assistant to the dean of CPAf and a university extension specialist at the Center for Strategic Planning and Policy Studies. She holds a PhD Management from Colegio de San Juan de Letran Calamba, where she was the president of the Graduate Students Association. She is also the assistant to the chancellor.

Professor Firmalino has been working on securing and maintaining partnerships with reputable international universities for UPLB in her capacity as a program development associate and coordinator of the UPLB International Programs and Partnerships since 2018. Prior to that, she was the first director of the UP Professional School for Agriculture and the Environment in Davao for more than one year.

An assistant professor in economics at the College of Economics and Management, she has held leadership positions in the university since 2013, including being the assistant to the vice chancellor for administration (2013-2014) and the director of the University Planning and Maintenance Office (2016-2017). She is a candidate for PhD International Development at the UPLB-based Nagoya University Asian Satellite Campus, Japan.

He is an assistant professor at the College of Development Communication; a radio, television, online program, and events host, producer, and director; the vice president for Luzon of the Philippine Association of Communication Educators; and a member of the Kapisanan ng mga Brodkaster ng Pilipinas and the ABS-CBN Writer’s Circle Batch 2 under renowned Filipino writer, Ricky Lee.

Professor Chico is the founder of Gandingan: The UPLB Isko’t Iska’s Multi-media Awards and the brains behind the award-winning Radyo DZLB program called Leader Ka K!. He previously headed the Student Organizations and Activities Division (2011-2014) under the then Office of Student Affairs where he pioneered the use of interactive communication platforms in delivering student services. Later on, he became the director of the UPLB Learning Resource Center (2014-2017) and expanded its academic support programs which include the Agricultural and Rural Development Scholarship, Cultural Language Training, and the Recruitment of the Best and the Brightest. He is a multimedia community reporter for the online media, Fyt, an alumnus of the International Institute for Film, Broadcast, and Arts, and a PhD Media Studies candidate in UP Diliman.

An associate professor at the Department of Human and Family Development Studies at the College of Human Ecology (CHE), Pawilen is the first director of the Office for Institutional Development in Higher Education (OIDHE).

He was a member of the UPLB Ad Hoc Committee on the Development of the Office for Institutional Support for Higher Education (2018-2019). At CHE, he serves as chairperson of two important committees: Quality Assurance, and Curriculum and Instruction. Professor Pawilen, a licensed teacher, faculty member, author, consultant, resource speaker, and member in church and civic organizations, has been serving UP for 14 years. (Juan Paolo A. Aquino and Kristine E. Araguas)