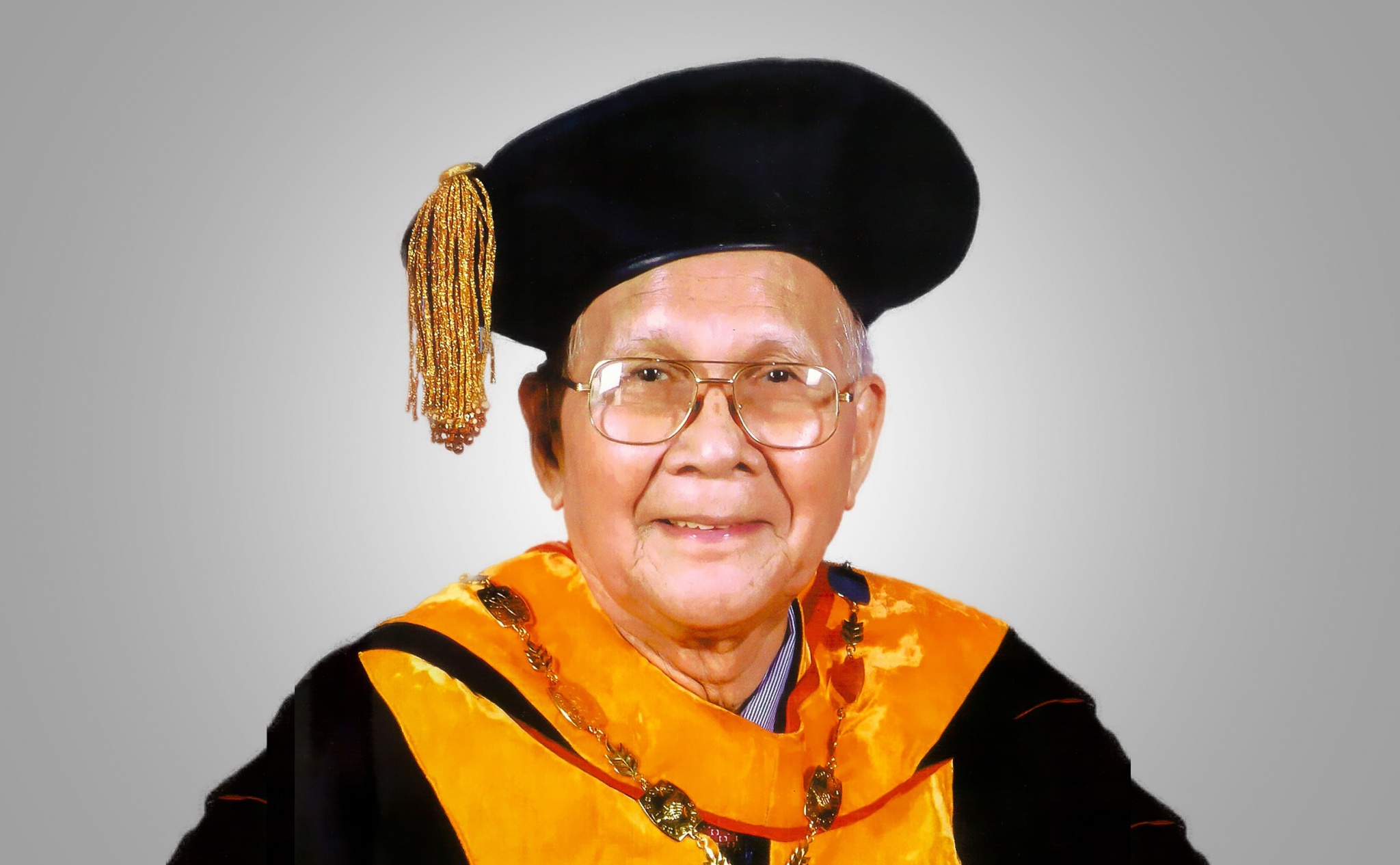 UPLB mourns the passing of one of its pillars in veterinary science and education – Dr. Teodulo M. Topacio, Jr., Professor Emeritus of UPLB and a National Scientist of the Philippines.

He passed away on July 9 at the age of 94. His remains lie in state at Arlington Memorial Chapels, Quezon City.

Dr. Topacio was known for his studies about leptospirosis among domesticated animals, which was instrumental in finding measures to control the disease.

He also worked on research studies that sought to prevent and eradicate rabies in the country and to understand other animal diseases. He was part of the group that advocated the passage of the Anti-Rabies Act of 2007 and the Philippine Veterinary Medicine Act of 2004.

For his significant contribution to science and technology, he was conferred the National Scientist rank and title through Proclamation No. 1762, s. 2009 on April 30, 2009 by then President Gloria Macapagal-Arroyo.

He earned his Master of Science from Michigan State University in 1956 and his Doctor of Philosophy from Purdue University in 1963, both in the USA. He was appointed Professor Emeritus in 1984. (Mark Jayson E. Gloria, with information from spheres.dost.gov.ph and www.rappler.com; Photo courtesy of CVM)