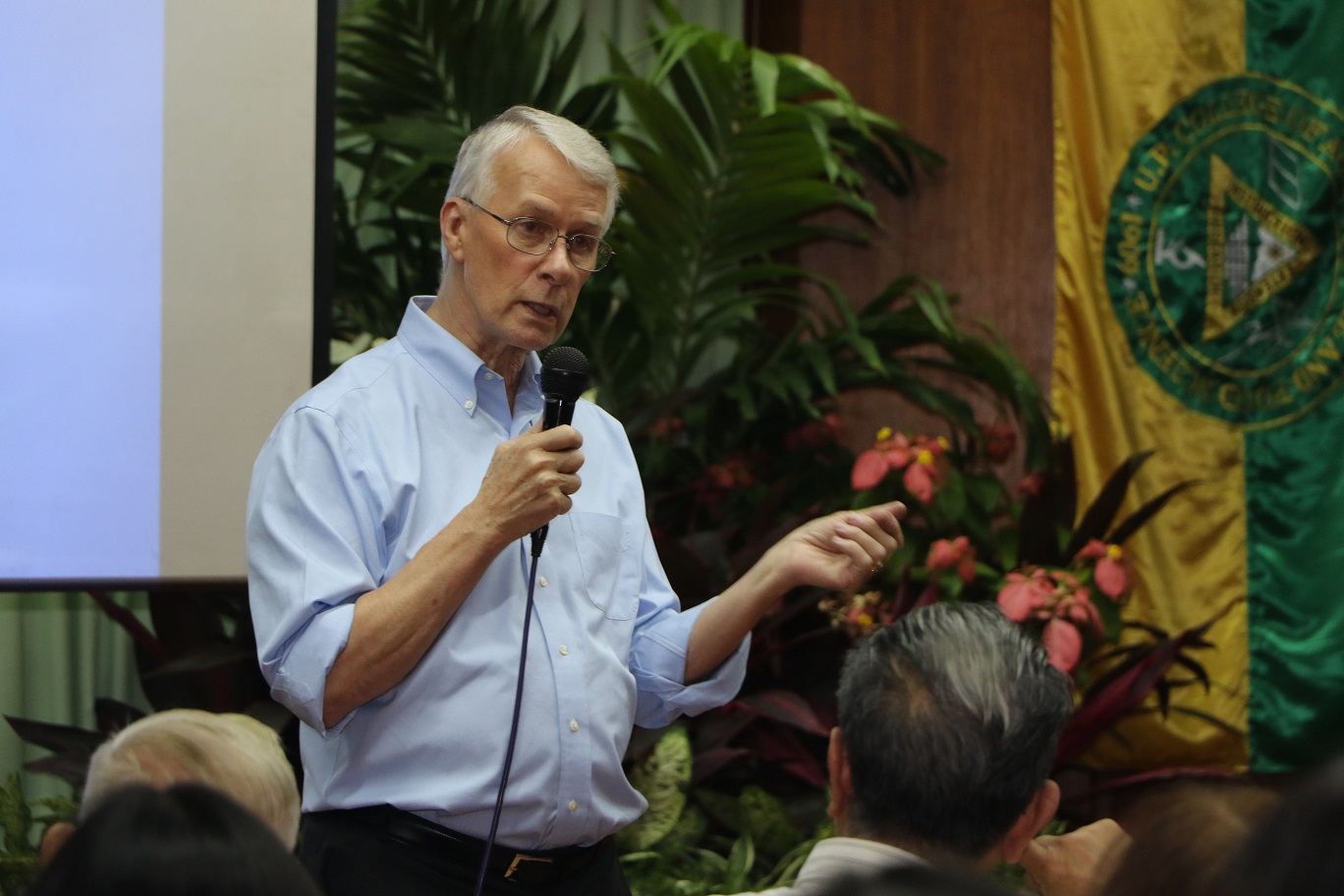 The conferment of a Doctor of Laws, honoris causa, to Nobel laureate Dr. Richard Roberts created quite a stir in UPLB.

After all, it is not everyday that the University experiences a visit from one who has produced foundational knowledge in science, more so because it resonates in every molecular biology research that UPLB undertakes.

Despite his accomplishments, Dr. Roberts, or “Rich” to his friends, remains rooted in his humble beginnings as a young boy with a keen interest in mathematics and chemistry back in his hometown in Bath, Somerset, England.

He shared his learnings and experiences that led him to win the Nobel Prize at a lecture entitled “The Path to the Nobel Prize” at the Institute of Plant Breeding on Nov. 20, a day before the conferment of his honorary degree in UPLB.

When asked how to achieve the Nobel Prize, he only had one thing to say: “Don’t make that your goal in life.”

He encouraged the audience to learn more about what they find interesting instead of pushing themselves into memorizing strings of information.

“It is much more important that you become interested and passionate in the stuff that you really want to do. And don’t worry if you don’t get top grades in some of the things that you don’t like,” he told the students in the audience.

Dr. Roberts told of how he spent his childhood, reading and experimenting, and emphasized the importance of having teachers who encourage students to solve problems and not simply memorize.

“I learned that the teacher could make a huge difference. It’s really important that teachers engage students,” he said, as he recalled being bored of monotonous lectures in his teenage years.

Dr. Roberts also advised the audience to take advantage of the lucky breaks that one comes across in life.

“When you have a lucky break, when something good happens to you quite by chance, you have to concentrate twice as hard on the next shot. Because otherwise, what was the point in having the luck? There’s no point in having a lucky break if you’re just gonna squander it or feel guilty about it,” he said.

Dr. Roberts is credited for his discovery of the split gene structure and RNA splicing, which are now basic knowledge in modern molecular biology.