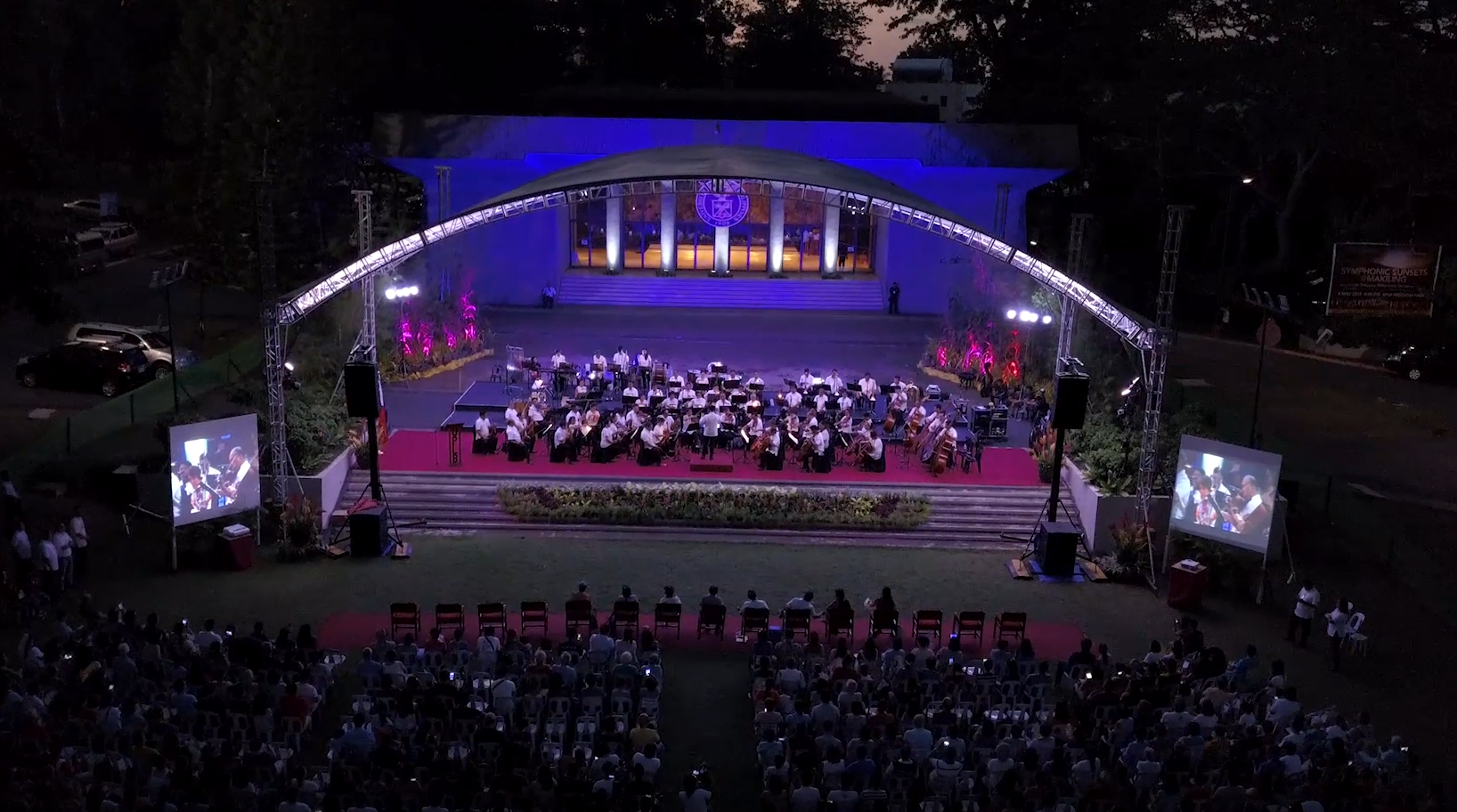 The UPLB Freedom Park was transformed into an open theater on May 4 as the Philippine Philharmonic Orchestra (PPO) performed before thousands of audience from UPLB and nearby communities.

Entitled “Symphonic Sunsets at Makiling,” the concert was held open-air and free to the public.

For more than two hours, the PPO, considered as the country’s best and is acclaimed in Asia-Pacific, performed two sets of repertoire, under the baton of conductors Maestro Herminigildo Ranera and Maestro Yoshikazu Fukumura.

PPO is one of the resident companies of the Cultural Center of the Philippines (CCP).

In his message before the concert proper, Arsenio J. Lizaso, president of CCP, articulated the center’s aim to bring PPO to the provinces.

“Art does not only belong to the people in Metro Manila, we have to take them to the provinces,” he said.

UP President Danilo L. Concepcion, initiated the holding of the concert in UPLB.