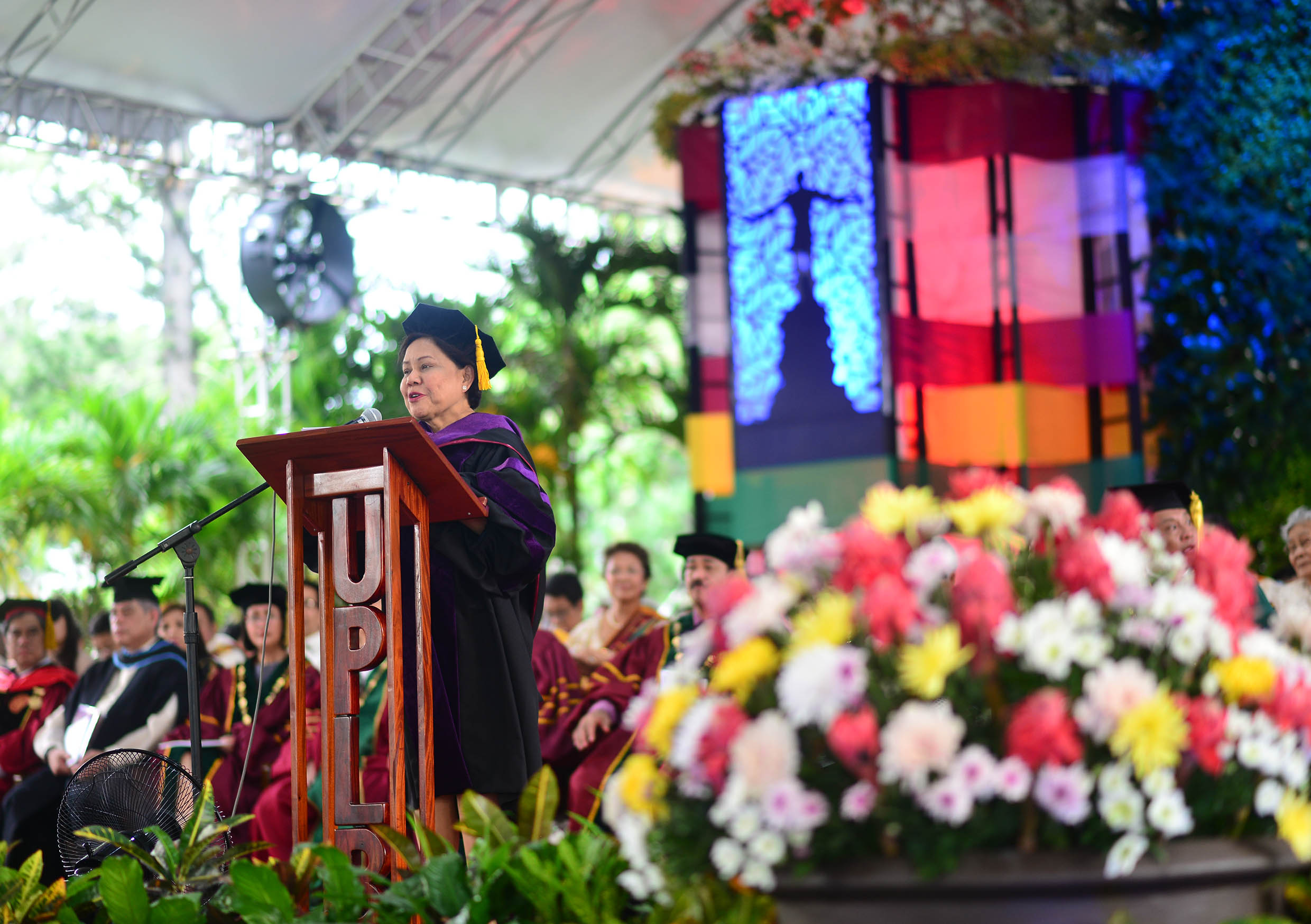 Sen. Villar calls on UPLB grads to be involved in food security

Senator Cynthia A. Villar enjoined the UPLB Class of 2018 to take part in improving the country’s agriculture sector, saying that the youth has one of the highest potentials in helping increase its productivity.

UPLB’s Class of 2018 is composed of 2,005 bachelor’s degree graduates and 389 who received their master’s and doctorate degrees. Fifty-six also completed their certificate programs.

“There are a lot of exciting opportunities and untapped potentials in the agriculture sector, most especially for the students here in UPLB where agriculture is a priority,” Sen. Villar said, as she delivered her speech as the guest speaker and recipient of Doctor of Laws, honoris causa, during UPLB’s 46th Commencement Exercises on June 23 at the DL Umali Freedom Park.

“It would surprise many of you to know that farming is already considered by an increasing number of youngsters here and in other countries as smart, cool, and sexy. Farming is not anymore the stereotypical image of physically tilling or plowing the land,” she added, as she underscored the need to address food security in the country.

Senator Villar, who chairs the Senate Committee on Agriculture and Food, talked about the problems faced by the agriculture sector. She pointed out that food production should increase by 70% in 2050 due to the increasing global population.

“Gusto kong maging bayani kaya ide-dedicate ko ang buhay ko para sa kapakanan ng mga magsasaka at gagawin ko ito buhat ang lahat ng mga natutunan at karangalan na hatid ng UP. (I want to be a hero that is why I am dedicating my life to the farmers. I will do this with the help of knowledge and honor given to me by UP),” he said.

Witnessing the conferment of the honorary degree on Senator Villar were members of her family, namely: former Senator Manuel Villar, her husband and children Camille, Manuel Paolo, and Public Works and Highways Secretary Mark Villar.

The BOR approved the conferment at its 1335th meeting on May 31, 2018. During the program, Senator Villar donated a professorial chair to the College of Agriculture and Food Science for small farm management. 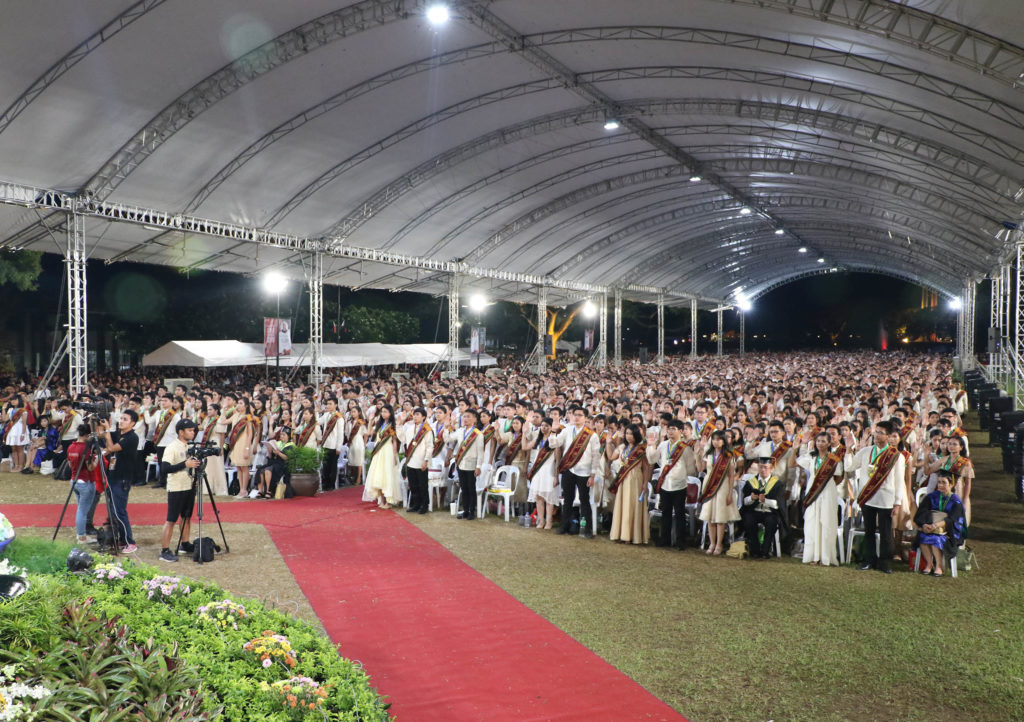 Alumni Regent Maronilla and For. Leo R. Ballesfin, presidents of the UP and UPLB Alumni Associations, respectively, inducted the graduates to the respective alumni organizations.