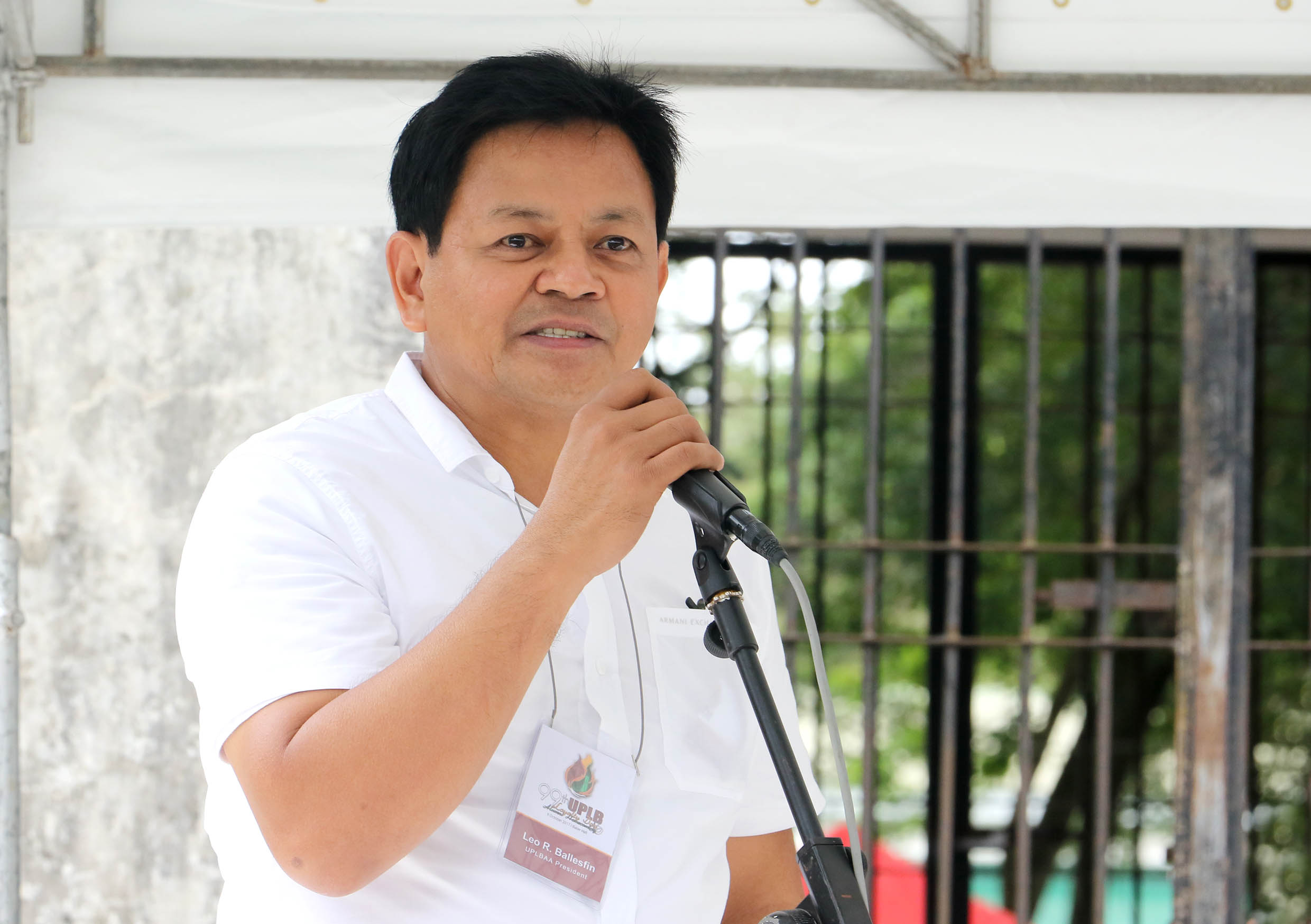 Pres. Leo expands sphere of service from UPLBAA to UPAA

He has worn many hats in his life–that of a forester, a public servant, a development worker, a consultant, a businessman, and a family man.

And if there is one role that has kept For. Leo R. Ballesfin on his toes for the past couple of years, it is that of being the president of the UPLB Alumni Association, Inc. (UPLBAA).

This is especially true in the recent months in the thick of preparations for the Centennial Loyalty Day celebration. He endures the long drive from Antipolo City, where he resides, to the UPLBAA’s headquarters in UPLB, to attend to his manifold duties to ensure that everything is in order for the milestone celebration.

Pres. Leo admits that he was at first hesitant to assume the huge responsibility of leading the UPLBAA. But with the support of and encouragement from the board members, he became the first forester to handle the position after years of agriculture graduates at the helm.

His responsibilities as UPLBAA president is not to be sniffed at. With a staff of four housed in a spartan room at the Alumni Center, Pres. Leo coordinates with alumni associations that are federated under the UPLBAA, implementing projects, and seeing to it that the alumni participate in them. And herein lies the rub because alumni involvement is voluntary.

But Pres. Leo is able to muster the support of the alumni who are as dedicated as him to the UPLBAA. This alone shows his leadership. His being a sixth placer in the 1985 forester licensure examination and recipient of United States House of Representatives Special Congressional Recognition on Environmental Protection and Advocacy in USA in 2014 speak much of his intelligence and discipline, and his professional career is reflective of a person equipped for leadership.

He was the president of Bantay Kahirapan Foundation, Inc., a non-government organization that provided rice subsidy to the poor and managing director of EZRA Konzult and Resources Management Company, a land-based resources management consultancy.

He also served as director for rural development of the Philippine Confederation of Community Development Economic and Cultural Foundation, Inc., a non-government organization for economic development of Lakas NUCD Party.

Currently, he is at the helm of Exponent L.I. Corp., a family-owned corporation that operates financial and lending services in Laguna and Pangasinan.

It probably helped that from 2013 to 2016, he was at the helm of one of the most active alumni organizations in UPLB, the College of Forestry and Natural Resources Alumni Association.

Under Pres. Leo’s presidency, UPLBAA continues to strengthen income-generating activities, such as the production of alumni ID and the marketing of the UP sablay, publications, and souvenir items. The Association has also collaborated with other alumni groups in their infrastructure projects around the campus.

Pres. Leo plans to introduce more income-generating projects that would further improve the UPLBAA. Among these is the construction of the UPLB Tahanan ng Alumni, a state-of-the-art, eco-friendly, and digitally enabled building that will have the biggest convention facilities and help UPLB become an international education hub. It is going to be built on Pili Drive, near the area where the special economic zones will rise.

This year, Pres. Leo will take on another hat, having been elected board member of the UP Alumni Association, Inc. For sure, it is one that he can dispense of capably and one that the UPLBAA has prepared him for. (Kristine E. Araguas)