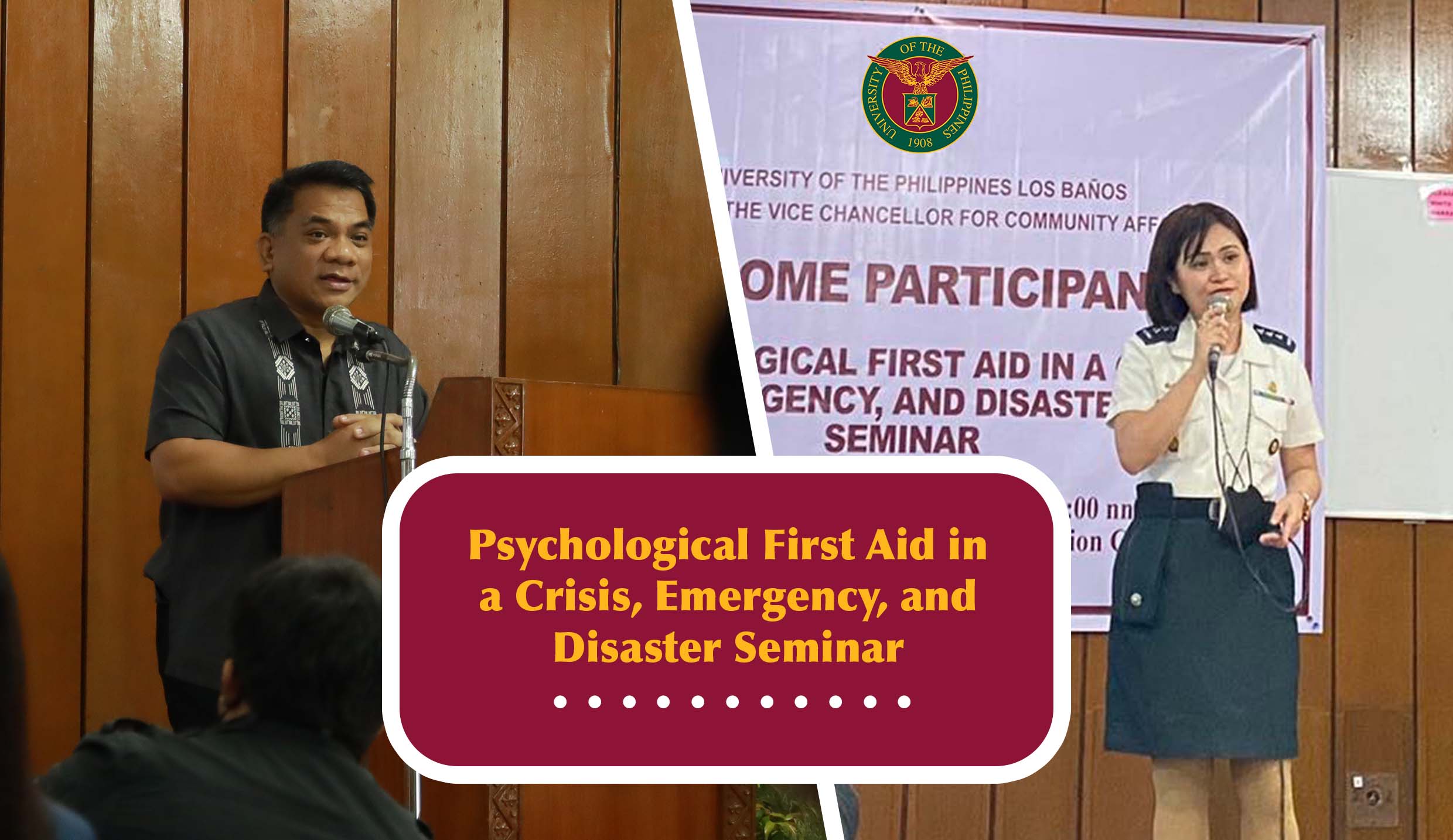 On April 8, the Security and Safety Office (SSO) of the Vice Chancellor for Community Affairs held its second series of seminars entitled “Psychological First Aid in a Crisis, Emergency, and Disaster”. The seminar focused on people’s mental states and behaviors during and after a crisis.

Representatives from various colleges and offices attended the seminar at Obdulia F. Sison Hall on the UPLB Campus to learn how to reduce the psychological impact of a crisis and disaster-related emergencies.

The resource speaker was Captain Sherhannah S Paiso, a military professor and alumna of the University of the Philippines Baguio who specialized in social anthropology-clinical psychology. Her was broken down intogave a backgrounder on the Armed Forces of the Philippines, which has been implementing human assistance and disaster response in the country.

She also discussed supporting people in the aftermath of a crisis through psychological first aid, and handling of psychological emergencies in a campus.

Chancellor Jose V. Camacho, Jr. attended the seminar and delivered an inspiring message emphasizing the importance of the event and the importance of being prepared in times of crisis.Also present was Vice Chancellor for Community Affairs Roberto Cereno, who delivered the welcome remarks. The program was officially closed by SSO Officer-in-Charge Atty. Aladdin P. Dominguita. Kristine Bernadette M. Maligalig