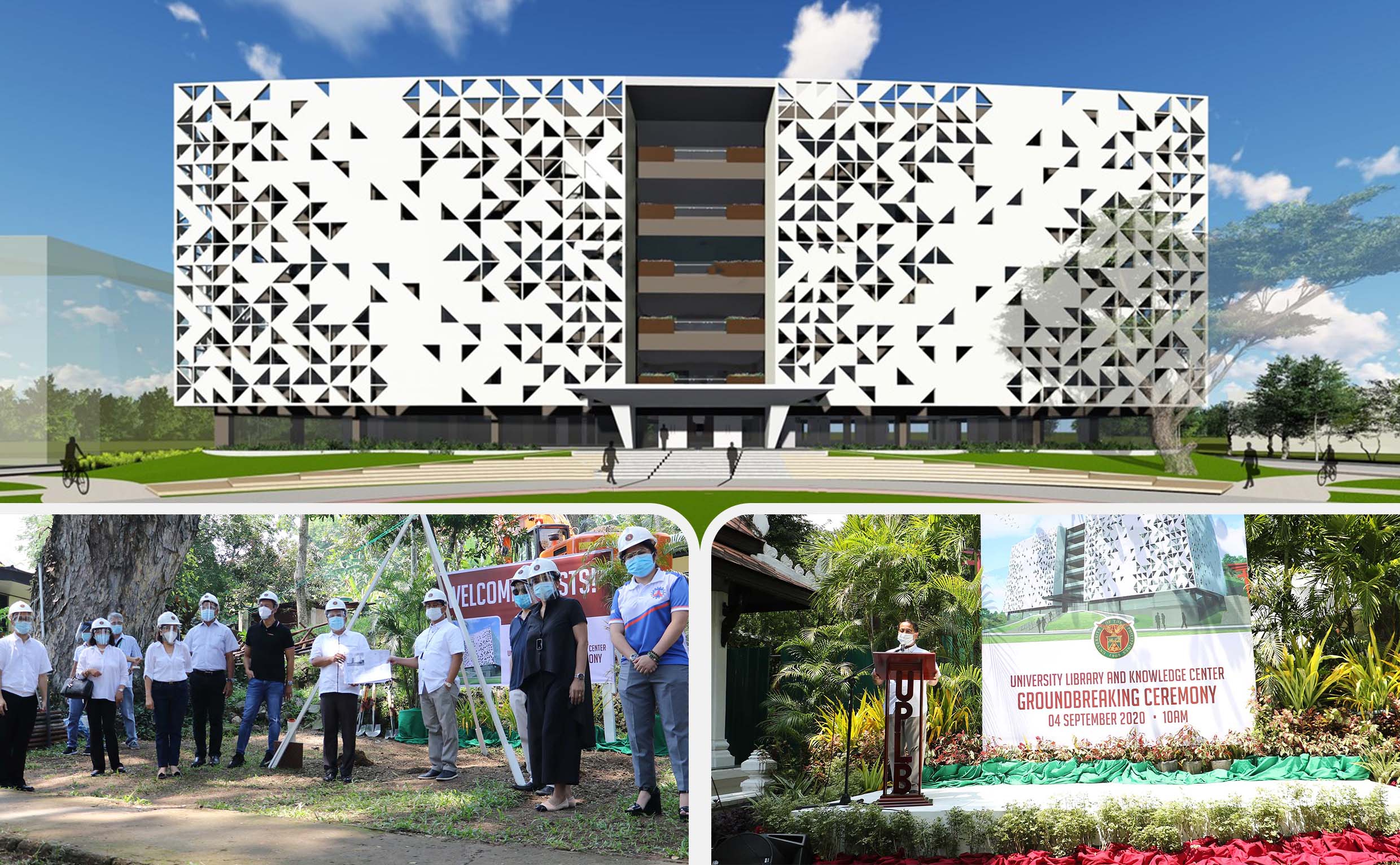 Univ Library and Knowledge Center to rise in UPLB

A new seven-storey building that will house the University Library, the Interactive Learning Center, the Information Technology Center, and the executive offices will soon rise along the stretch of campus dormitories facing the Freedom Park.

The building, to be called the University Library and Knowledge Center (ULKC), had its groundbreaking ceremony on Sept. 4.

ULKC is expected to be completed after two years. Its Phase 1, which entails the construction of the first four levels of the building, has a contract budget of PhP 187,148,145.96.

According to Chancellor Sanchez, the construction of ULKC is part of the on-going efforts to provide an enabling environment that will inspire creativity and innovation among UPLB constituents.

He said that once completed, the building will be a testament to UPLB’s resilience after all the challenges that it had weathered.

In his message at the groundbreaking ceremony, President Concepcion stressed the need to push through with the construction of ULKC in the midst of the pandemic so that it will be ready for use by the students when the country’s situation has normalized.

He also assured UPLB of the commitment of the UP System to complete the construction of the ULKC.