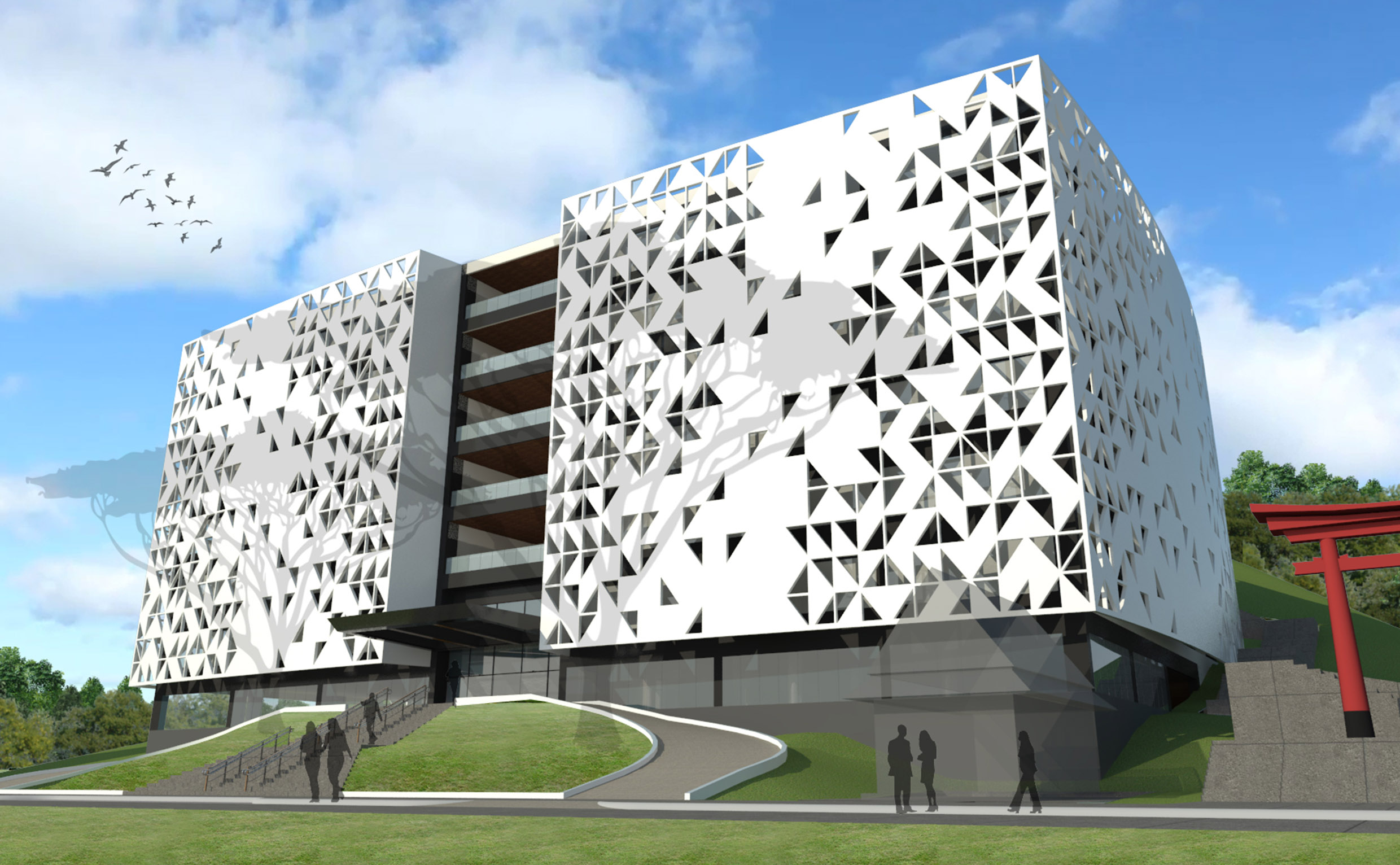 A new structure that shall serve as the nerve center of the campus is about to redefine UPLB’s landscape.

The University Library and Knowledge Center (ULKC), which had its groundbreaking on Sept. 4, bears an ultramodern design fit for 21st century learning. Once completed, it shall serve as the heart of both student learning and university administration in the campus.

It is because ULKC will house major learning and teaching support units – the University Library, the Interactive Learning Center, and the Information Technology Center – and the executive offices – the Office of the Chancellor and the Offices of the Vice Chancellors.

“The construction of the ULKC is part of our ongoing efforts to ardently upgrade UPLB’s facilities, and to provide an enabling and inspiring environment for the UPLB community,” said Chancellor Fernando C. Sanchez, Jr.

UP President Danilo L. Concepcion approved ULKC’s location beside the Graduate School complex, on what used to be the ACCI Residence Hall along the campus dormitories, and noted that the area is strategic in showcasing the library, as in other top universities abroad.

(“In all the universities that we have visited abroad, their most beautiful building is always their library. Their library is the most prominent structure in their campus. It stands at the center where it is easily accessible to its users.”)

(“Once the building is finished, it will be seen far and wide in the campus. The library should not be in a corner of the campus.”)

The Phase 1 of ULKC, designed by Arce-Bailon-Arce Architects and is being constructed by DevEx Inc., is expected to be completed in two years. (Jessa Jael S. Arana)