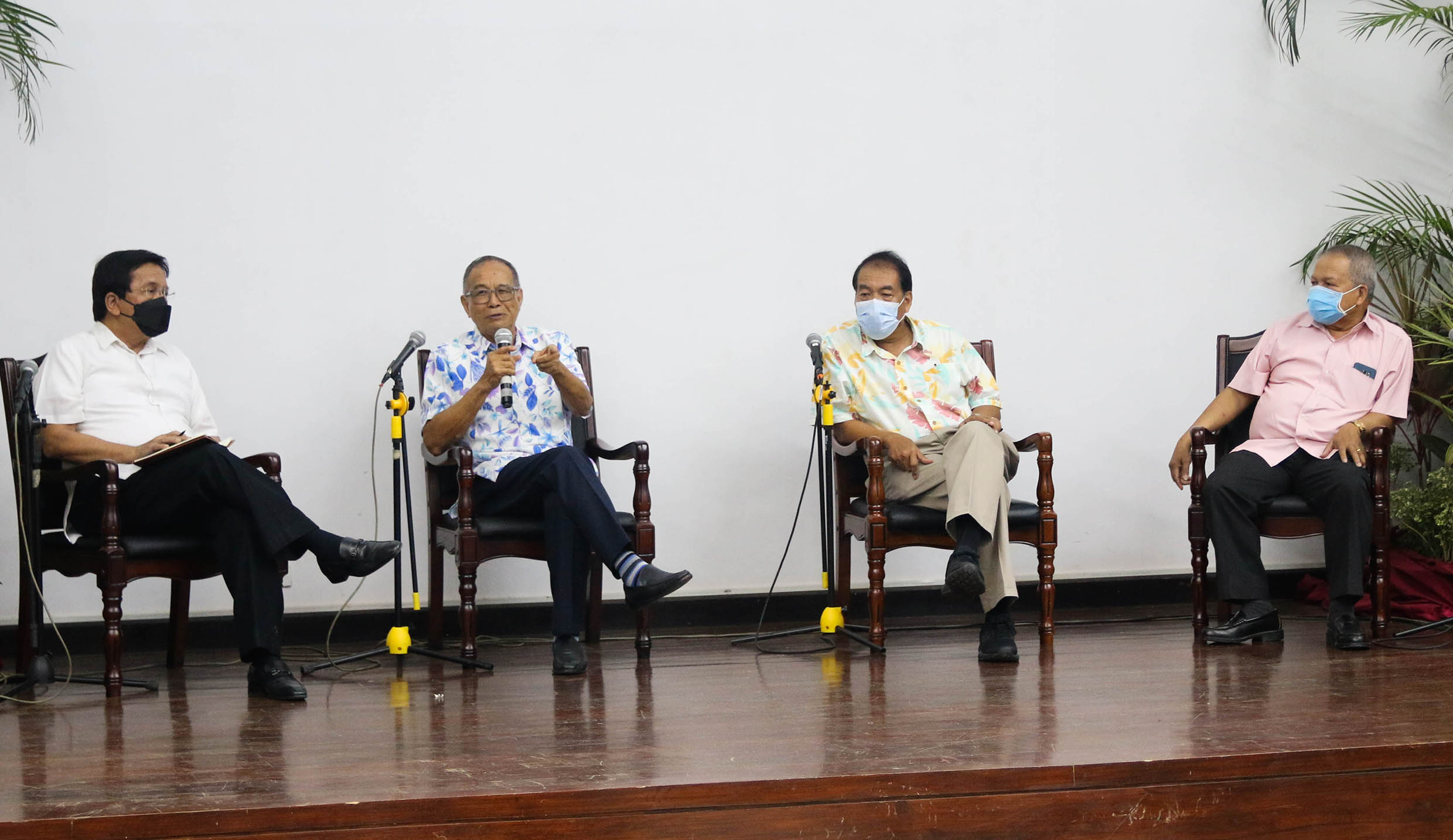 The event entitled “Mapping Out the Research for Development and Extension Agenda and Programs (R4DEAP) for Philippine Agriculture” was held at the Rural Economic Development and Renewable Energy Center (REDREC) Auditorium, with participants joining via video conferencing.

Revolutionizing agriculture through a unified R4DEAP

Director Junel Soriano of the Bureau of Agricultural Research, an office under the Department of Agriculture (DA-BAR); Chancellor Jose Camacho, Jr., Dr. Nathaniel Bantayan, vice chancellor for research and extension, and president of the UPLB Alumni Association (UPLBAA) Capt. Mauro Barradas delivered short messages about the long-standing partnership between UPLB and the DA. The officials also discussed the role of R&E and the alumni in realizing the vision of a sustainable, profitable, and future-proof agri-fishery sector.

A panel composed of four UPLB alumni who have decades of experience in agricultural research and extension, also shared their insights during the consultation.

Former UPLB chancellor and National Scientist Emil Javier, DA-BAR senior technical adviser Dr. Rex Navarro, and Dr. Manuel Logroño, recipient of the 2021 Most Influential Plant Breeding Researcher for Field Crops for the Private Sector in the Asia-Pacific given by the Asia and Pacific Seed Association presented diverse perspectives on a unified R4DEAP for Philippine agriculture.

Afterward, Julian Lapitan, member of the DA technical advisory group and focal person of the province-led Agriculture and Fisheries Extension Systems (PAFES) for Laguna explained how handing down the authority to provincial governments can more effectively facilitate extension services at the farm level.

He also described Laguna as a suitable pilot testing site for PAFES in CALABARZON due to the province’s unique geography and the rich research culture in the area.

UPLB alumni weigh in on the future of Philippine agriculture

The bulk of the group discussion that followed was on advancements in smart and digital agriculture and making support accessible for smallholder farmers in a rapidly evolving digital landscape.

A Q&A part also brought to light points, such as the agri-fishery sector’s performance against the backdrop of Agriculture 4.0; constraints and enabling conditions for commercialization and mechanization for smallholder farmers; view of agriculture through an entrepreneurial lens; varying degrees of confidence in the PAFES; and the interdisciplinarity of the new R4DEAP.

Among the other interesting topics that emerged from the conversation were the role of the family, the youth, and the Philippine education system in crafting the unified R4DEAP.

Pilar Habito, chief executive officer of the Cahbriba Alternative School Foundation called for the inclusion of the youth in discussions of going digital for agriculture. “The future belongs to our children. Why plan it without them?” she said.

Dr. Glenn Gregorio, director of the Southeast Asian Regional Center for Graduate Study and Research in Agriculture, talked about how two of their startup projects engaged young people to facilitate providing of support services to small farmers through technology.

He reiterated shifting gears from policy to operations, the need to learn from the best practices of neighboring countries, keeping up with local and global trends in technology, and fixing the country’s fragmented agricultural extension system.

In his closing remarks, Dr. Cristino Collado, former DA undersecretary for operations and now UPLBAA vice president said that being trailblazers in the development of Philippine agriculture is both an honor and a challenge for UPLB.

“On behalf of Capt. Barradas, I assure everyone that the UPLBAA will be even more dynamic, more participative, at sisikapin po naming maging karapat-dapat kami sa inyong pagtatangi [we will strive to be worthy of your esteem],” he added.

The four-hour consultation was part of UPLB’s ongoing technical assistance project with the DA called “Revitalizing the Technical Capabilities of DA in Support Towards the Transformative Programs and Policies for the Agricultural and Fisheries Sector.”

The DA-BAR-funded project is being implemented under the leadership of Dr. Nathaniel Bantayan and was organized to collate ideas and inputs for the DA’s unified R4DE system called the One R4DEAP.

The event was preceded by the signing of the Memoranda of Understanding (MOU) between DA and UPLB. On the morning of the same day, Agriculture Secretary William Dar and UPLB Chancellor Camacho signed MOUs aimed at strengthening the DA’s national crop breeding and biotechnology initiatives.

A recording of the workshop is available at the  UPLB Research and Extension Facebook page. (Mariz Diagan)