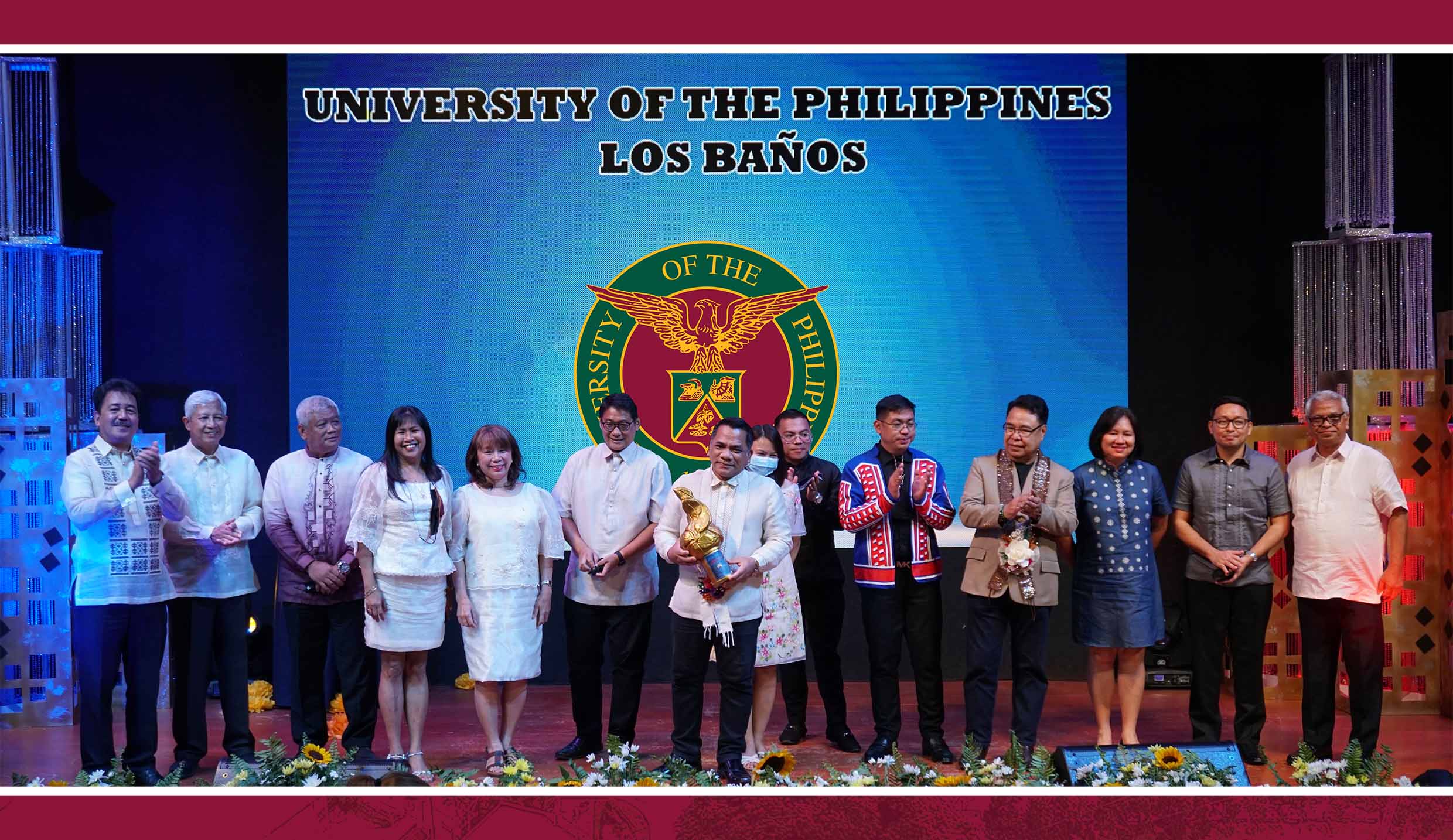 UPLB officials were in full force to claim the Edukalidad: Parangal sa Kahusayan Award from the Commission on Higher Education (CHED) on May 18 at the Quezon City University.

Chancellor Jose V. Camacho, Jr., together with UPLB vice chancellors and deans, received the trophy for representing the award given to only nine universities in the country.

The award was given to universities that have more than five CHED Centers of Excellence (COE) since 2016.

According to CHED Chairperson J. Prospero E. De Vera III, the Edukalidad awardees have shown the way to excellence in higher education. “These are the universities that are ensuring that Republic Act 10391 (Universal Access to Quality Tertiary Education Act) will realize its potentials,” Dr. De Vera noted.

Aside from the Edukalidad award, CHED also named the individual awardees for the CHED Merit Scholarship: My Success Story Award, and the state and local universities and colleges for the Certificate of Program Compliance.

The awarding ceremonies, called Gawad Parangal 2022, was held in celebration of the 2nd National Higher Education Day and the 28th Founding Anniversary of CHED.