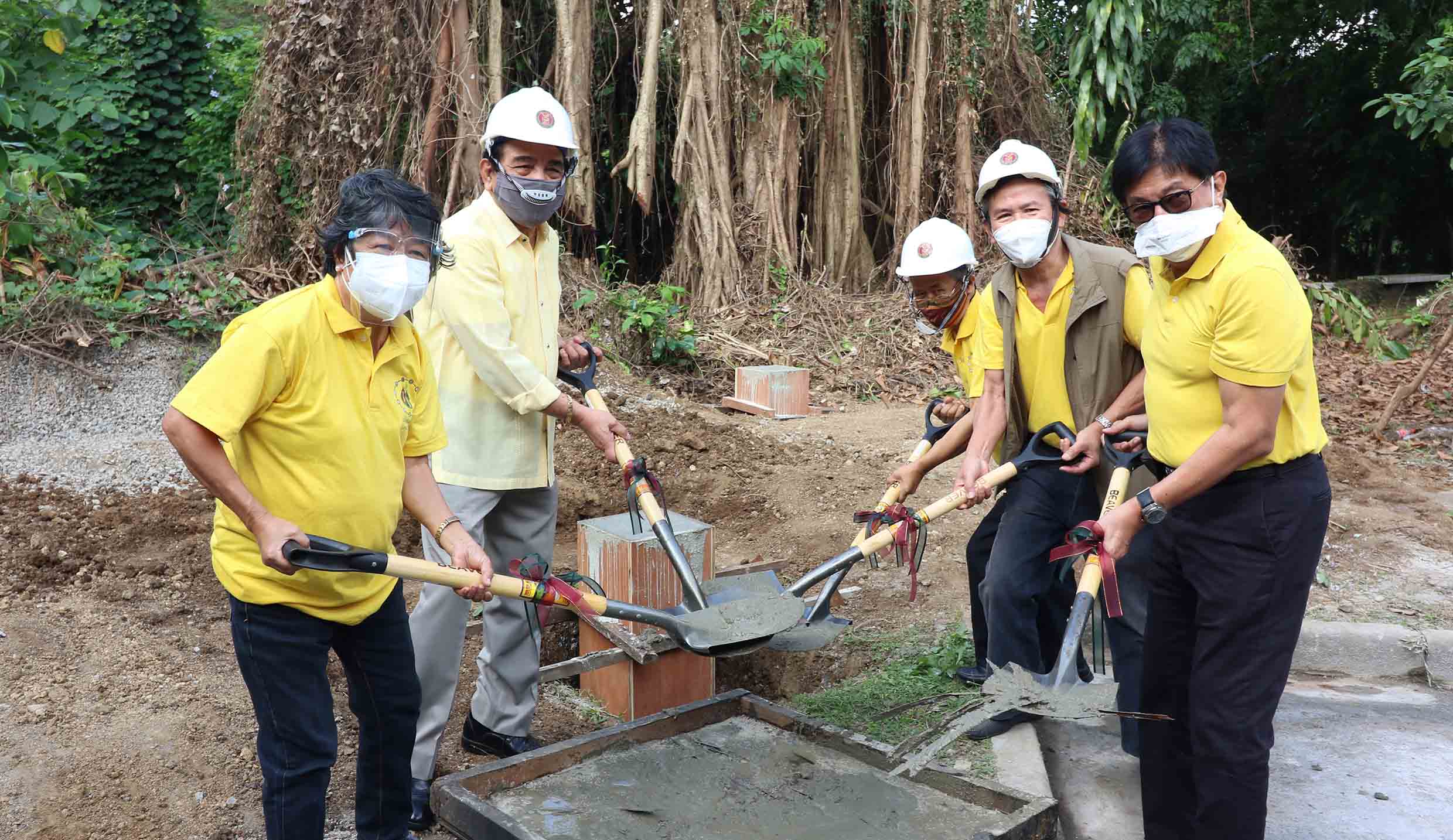 UPLB successfully conducted the groundbreaking program and ceremony for the University Health Service-Emergency Room Extension (UHS-ER) Facility on Jan. 6 at 9 AM.

The legacy project was made possible through resources donated by the UP Medical Alumni Society in America (UPMASA) and the UPLB Class of 1971 with the UPLB Alumni Association (UPLBAA) as conduit.

In a message delivered to formally open the groundbreaking program and ceremony, UPLBAA President Mauro W. Barradas  talked about how the project will truly help the students and the community in the middle of the pandemic.

Chancellor Jose V. Camacho, Jr. delivered a congratulatory message where he said that the project is a heartwarming and inspiring milestone, which proves that the UPLB community can achieve more through collaboration with the alumni and partners in the professional circles.

He acknowledged with gratitude the university’s staunchest supporters – the alumni – who heeded the call to make the UHS-ER a reality.

“The ‘Los Baños Spirit’ has brought us all into one strong community and has inspired not just us in the UPLB administration, but also Class 1971 and UPMASA to work closely with UPLB and UPLBAA to pursue this worthwhile project,” Chancellor Camacho said.

Chancellor Camacho also announced that the next project at the UHS is the renovation of its operating room.

He thanked and commended UHS for the dedication and commitment of its personnel during the on-going pandemic.

Dr. Lourdes Publico, president of UPMASA, talked about how the project to retrofit two vans for the UHS-ER Extension room was brought to her attention by a “stalwart officer of UPMASA,” Dr. Arelyn Pacho-Ramos, who “ was very persuasive in her request for help for UPLB.”

She said that with COVID-19 stretching the limits of the health systems in many countries, UPMASA decided to support and help UPLB, notwithstanding the effort being “new territory” for them as they had always collaborated with the Philippine General Hospital, which was “home” to most of UPMASA members.

Dr. Publico called the UPMASA support a unanimous decision and an “alignment of the stars” because the organization had long wanted to extend their support to other UP infirmaries with the vision of then UPMASA president, Jose Pamintuan, 20 years ago.

She mentioned Dr. Norma Noy Calderon-Panahon and Dr. Alvin Panahon from the UPMASA Western New York chapter, who helped facilitate the donation on behalf of a generous UPMASA member.

She also acknowledged other members, namely: Drs. Joel Lucena, Glen Batiller, Bong Yogore, and Gregory Yu who discussed and deliberated with them details about the donation.

“We are now able to break ground because we share a common cause to respond and innovate to meet a precious need. With what is now occurring as a third wave with the Omicron variant, there is an even greater sense of urgency,” Dr. Publico said.

She referred to the collaborative interdependence having led to this moment and declared that UPMASA is very bullish about the project.

“We want this effort to succeed and we want to hear how this project has impacted the Los Baños community,” she added.

Dr. Rosalina Lapitan, president of Class 1971, gave a message where she narrated how their batch came together for Loyalty Day and began the legacy project. She expressed her gratitude to the people who made the project possible.

UHS Director Jessie Imelda Foronda-Walde also delivered her message of gratitude. She talked about the situation of the facilities in UHS in the past and how they still managed to bring quality service to the community.

She said that the new facility will give the doctors, nurses, and patients a safer environment in the midst of the third wave of the pandemic.

The groundbreaking ceremony followed immediately after the program. Both may be viewed on the UPLB UHS FB page. (Kyle Ramiel Dalangin and Josephine Bo)