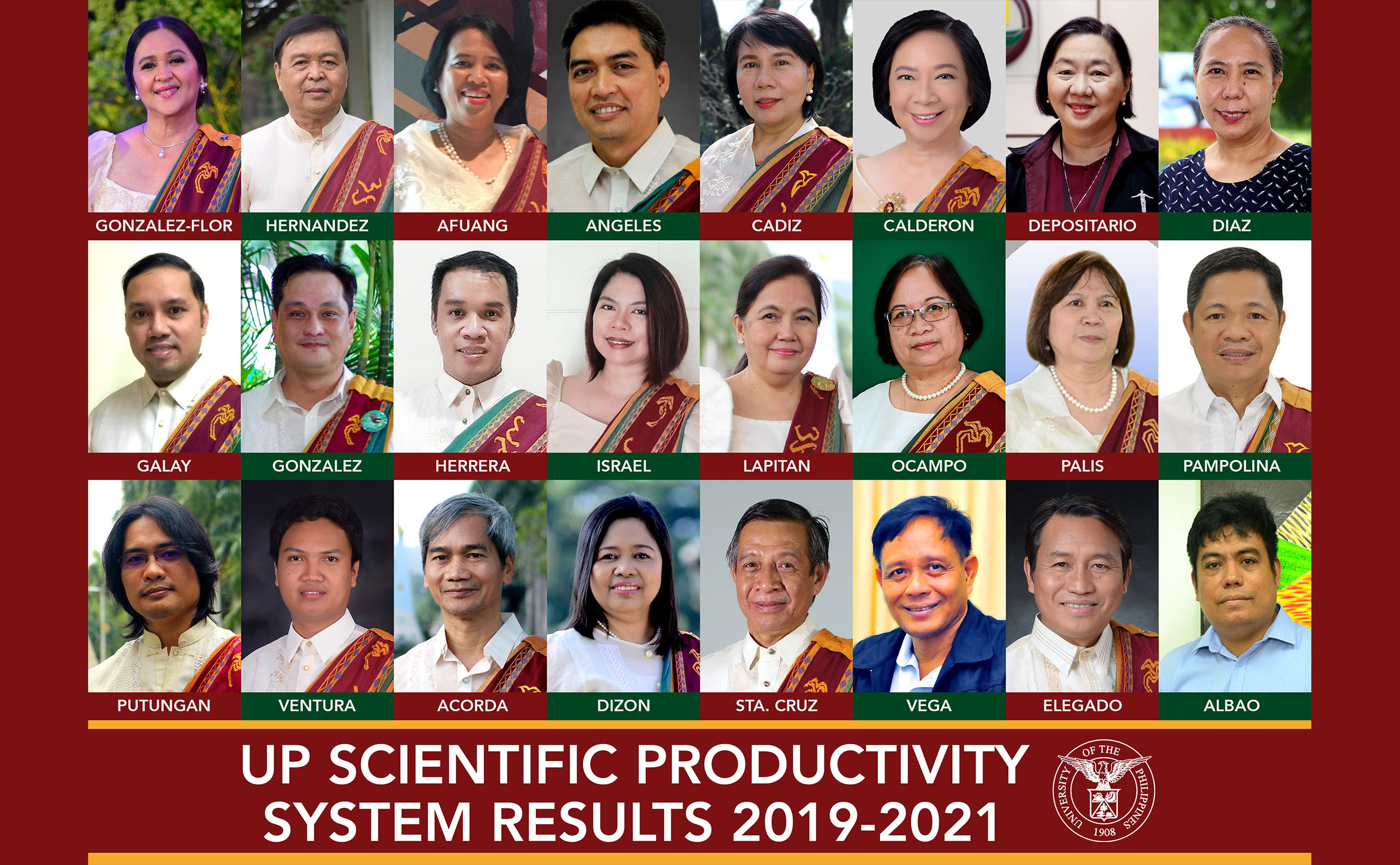 UPLB has 24 new, reappointed UP Scientists

The roster of UP Scientists from UPLB keeps growing, as it welcomes 18 new appointees and maintains six holders of the prestigious university title for 2019-2021.

These 24 faculty members were officially appointed to the UP Scientific Productivity System (SPS) at the 1353rd meeting of the UP Board of Regents on Sept. 2.

Newly appointed as UP Scientist 2 are Dr. Benjamina Paula Gonzalez-Flor of the College of Development Communication and Dr. Jose E. Hernandez of the Institute of Crop Science of the College of Agriculture and Food Science (CAFS-ICropS).

Dr. Leticia E. Afuang, Dr. Nina M. Cadiz, Dr. Maria Genaleen Q. Diaz, and Dr. Juan Carlos T. Gonzalez of the Institute of Biological Sciences; Dr. Marvin U. Herrera and Dr. Darwin B. Putungan of the Institute of Mathematical Sciences and Physics (IMSP); and Dr. Florencia G. Palis of the Department of Social Sciences, all of the College of Arts and Sciences (CAS), were also appointed as UP Scientist 1.

These UPLB professors were appointed alongside 25 from UP Diliman, 11 from UP Manila, and one from UP Open University.

The UP SPS award is valid for three years. Aside from the honor attached to the rank, UP Scientists also receive monetary awards during their appointment. (Juan Paolo A. Aquino)