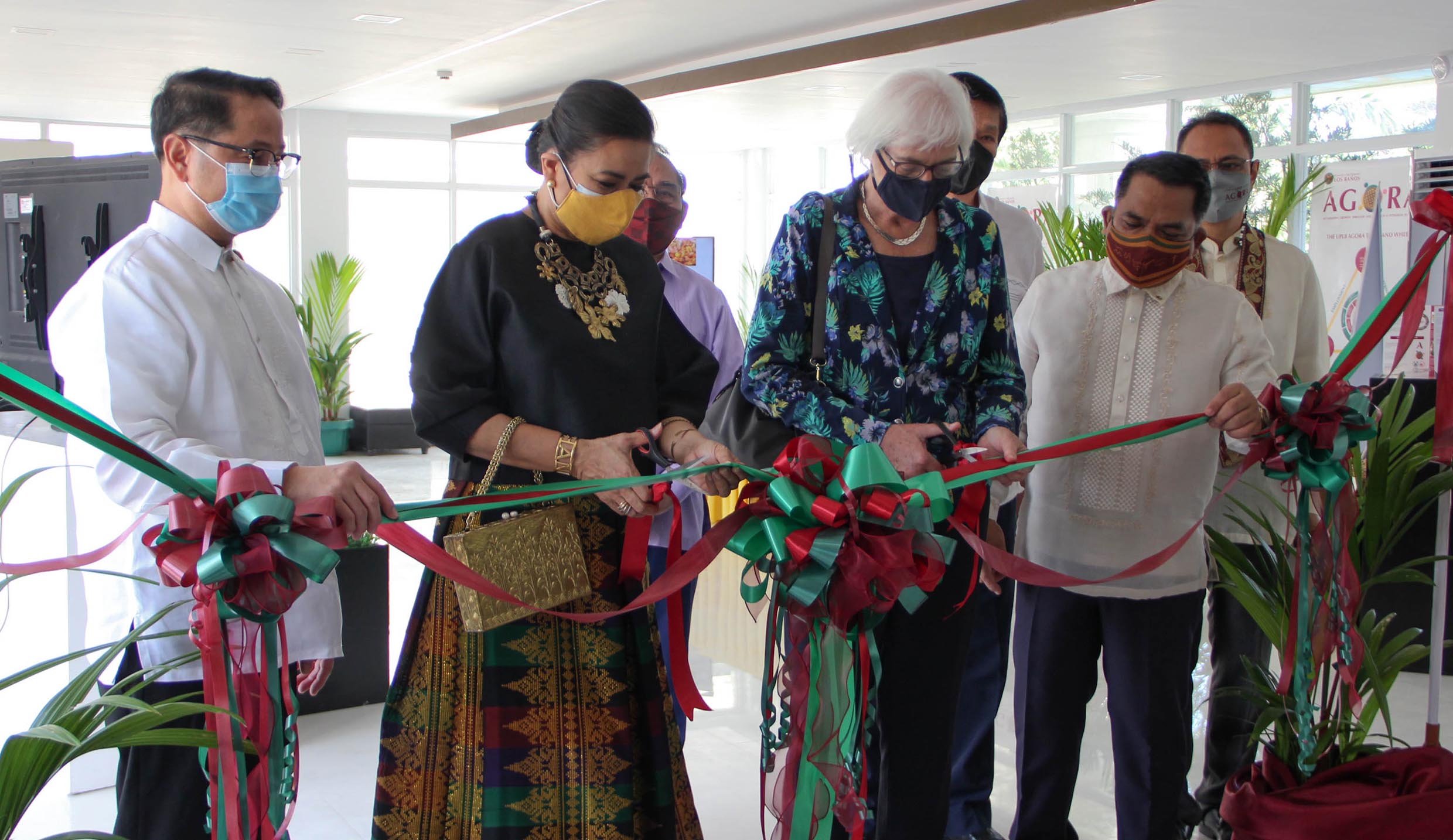 Today, UPLB is halfway through its eight-day celebration of its 113th founding anniversary.

This year’s theme, “Fortifying collaborations with industry and communities,” is suitably demonstrated by UPLB’s week-long program of activities, among which is the soft and grand launch of the University’s unified research and extension (R&E) agenda on March 4 and March 7, respectively.

The Department of Agriculture–Bureau of Agricultural Research (DA-BAR)-funded Techno Hub and One-stop Shop opened its doors for the soft launch of the Accelerating Growth through One Research and Extension in Action (UPLB AGORA) at 9am on March 4 (Friday).

The brief program, spearheaded by the Office of the Vice Chancellor for Research and Extension (OVCRE), included the unveiling of the AGORA Hub and Exhibit, which featured some of the innovative technologies, programs, and services created by and in partnership with UPLB colleges and units.

Taking its inspiration from the ancient Greek concept of lively public assemblies in open spaces or marketplaces, the UPLB AGORA (read:/ˈæ.ɡə.ɹə/ or AH-goh-rah) envisions the university as an avenue for the formation and exchange of ideas toward future-proofing R&E in UPLB, therefore enhancing its global competitiveness while providing the Filipino people exceptional public service.

The UPLB AGORA homes in on four focus areas, namely: food security and sovereignty; ONE Health; resilience and sustainability; and future communities and institutions.

In the pursuit of these focus areas, UPLB will adhere to the need for multidisciplinary, interdisciplinary, and cohesive R&E activities toward innovation.

On March 7 (Monday), the Techno Hub will yet again welcome guests, this time for the grand launch of the UPLB AGORA. The grand launch will be a longer program which will include a deeper dive into the vision, the people, and the work behind the R&E agenda; and the launch of the AGORA eHub.