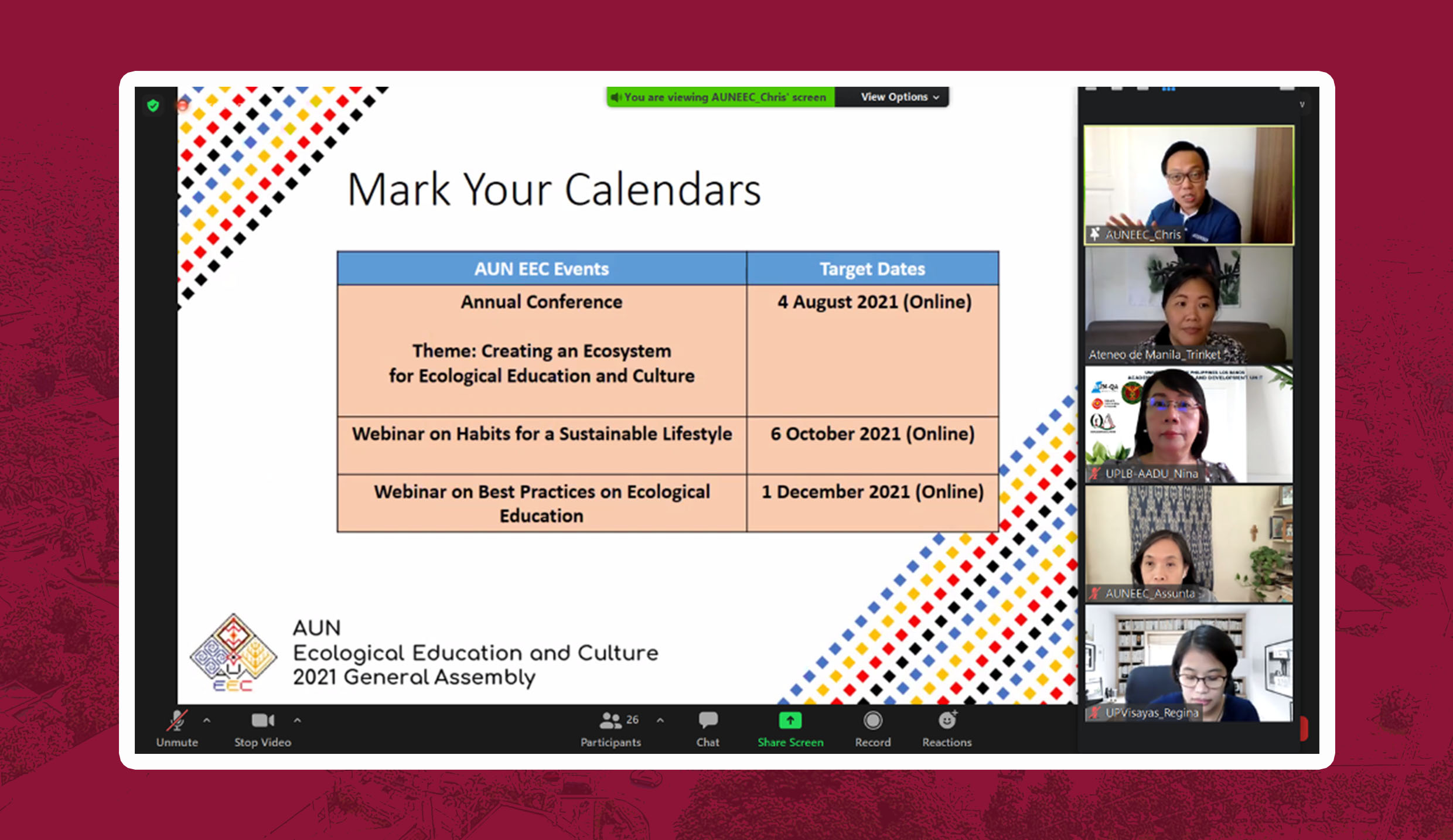 The AUN-EEC membership of UPLB was announced on April 21.

AUN-EEC is a thematic network that serves as a platform for cooperation among universities in the region to create and share knowledge and resources on educational practices that promote and cultivate a sustainable lifestyle and culture.

The GA, with the keynote speech and plenary sharing as its highlights, aimed to promote interactions and future collaborations with member ASEAN universities in the attainment of its goals.

Dr. Charlotte Kendra Gotangco, director of the Ateneo Institute of Sustainability (AIS) gave the keynote speech in which she explained the disconnect in EEC.

The plenary sharing focused on the urgent issues related to EEC. In the group output presented by Dr. Cadiz, she emphasized the need for awareness, application and action, and implementation of policies in EEC.

The creation of AUN-EEC was initiated by ADMU with Dr. Maria Asunta C. Cuyegekeng, also from ADMU, as its director.

Other planned activities of AUN-EEC this year are a conference on Aug 4, a webinar on habits for a sustainable lifestyle in October, and on best practices on ecological education in December. (KAEBlanco)