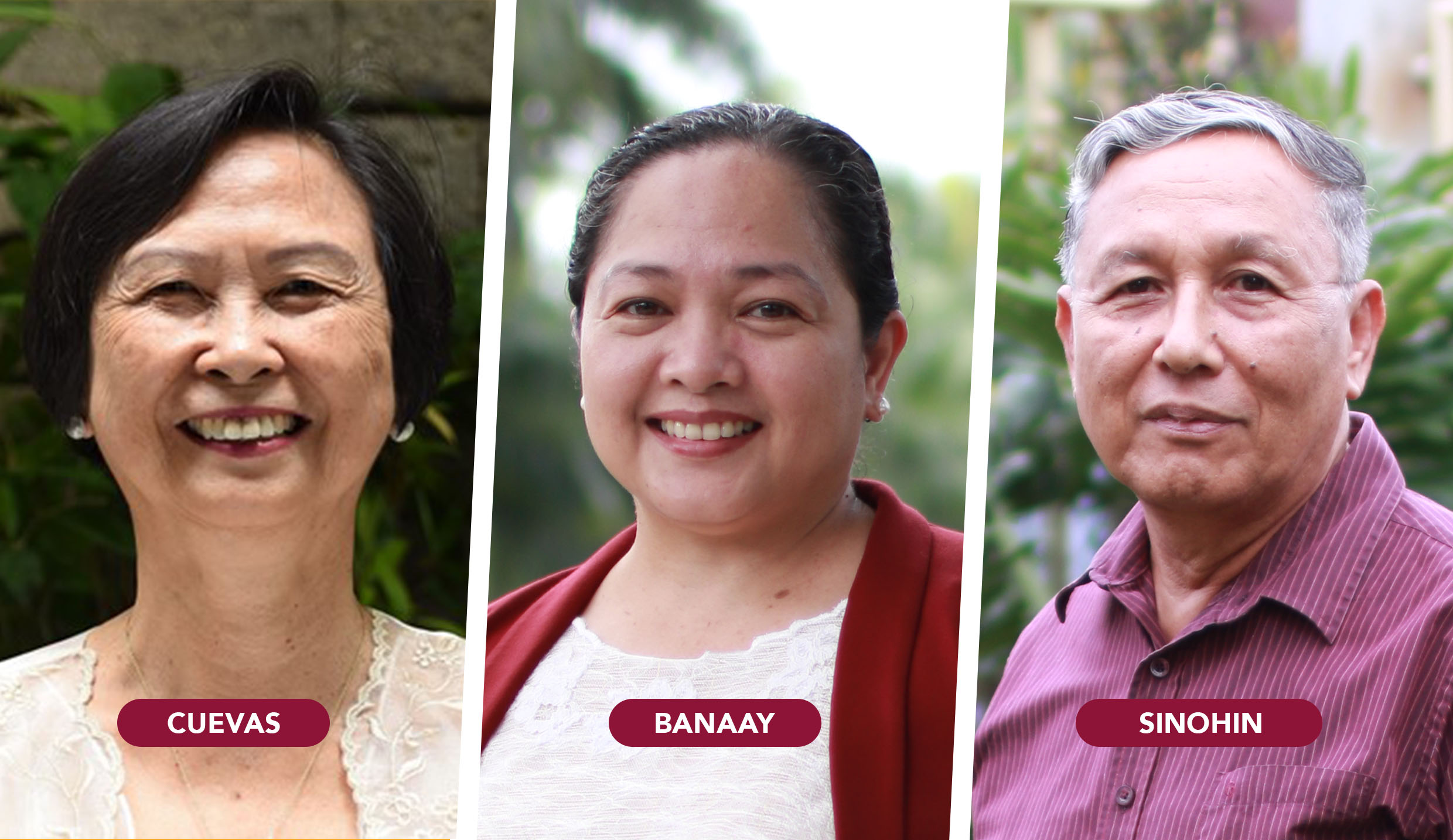 Agricultural sustainability is possibly the most important global issue today. As the world population grows and the effects of climate change worsen, the struggle for global food security grows ever more difficult.

It is thus no surprise that scientists and researchers who provide solutions to this critical issue are being given due recognition for their work and accomplishments.

One of these is Dr. Virginia C. Cuevas, a recipient of the 2021 Hitachi Global Foundation Asia Innovation Award. Dr. Cuevas and colleagues Dr. Charina Gracia B. Banaay and Dr. Alfredo M. Sinohin, garnered the Encouragement Award for the research “Trichoderma Technology for Sustainable Agriculture.”

Dr. Cuevas is a professor emeritus of UPLB. She was a faculty member at the Institute of Biological Sciences of the College of Arts and Sciences (IBS-CAS). Dr. Banaay teaches at IBS-CAS while Dr. Sinohin teaches at the College of Agriculture and Food Science.

Trichoderma Technology or TT has two components, both based on different species of the fungus Trichoderma. One component activates the rapid decomposition of agricultural waste, converting crop residue into compost. The other component is a “3-in-1” inoculant which serves as a biofertilizer, biocontrol for crop diseases, and promoter of crop growth.

“As a plant ecologist, I strongly believe in this tenet – natural systems like the forests are productive, self-regulating, and self-sustaining.” said Dr. Cuevas. “Therefore, the basic question that I posed when I embarked on the research that led to the development of this technology is this: what attributes can man copy from natural ecosystems and transfer or mimic in the agroecosystem to make the latter sustainable? My answers are two: efficient nutrient cycling and population regulation through biotic interactions.”

Through her research, Dr. Cuevas found that different species of Trichoderma are capable of these two key attributes. She laid the foundation for the basic research on Trichoderma and its properties in 1980, working on isolating, identifying, and screening Trichoderma species and strains.

Field trials for the rapid composting activator were conducted by 1986, and the technology matured by 1989. Basic research for the 3-in-1 inoculant began in 1993, followed by field trials and the technology’s maturation by 2005. UPLB patented it in 2008 and it was commercialized the same year.

However, Dr. Cuevas and her colleagues continued to engage in research and development to further refine various applications of Trichoderma until the present time – evidenced by the more than 10 ISI-publication articles on TT.

At present, TT can be found commercially under the name BioSpark Trichoderma Microbial Inoculant Organic Fertilizer. It is in the process of being further disseminated and introduced to farmers all around the Philippines. Dr. Cuevas is hopeful that with the involvement of SUCs and LGUs, TT can eventually be extended to every Filipino farmer.

The Hitachi Global Foundation Asia Innovation Award is an award program that recognizes individuals and groups from the ASEAN whose outstanding achievements in science and technology research and development significantly contribute to the achievement of the UN Sustainable Development Goals.

For 2021, research achievements from 21 universities and research institutes from 6 ASEAN Countries were solicited, specifically those contributing to the targets of Goal 14 (Life Below Water) and Goal 15 (Life on Land). (Albert Geoffred B. Peralta)