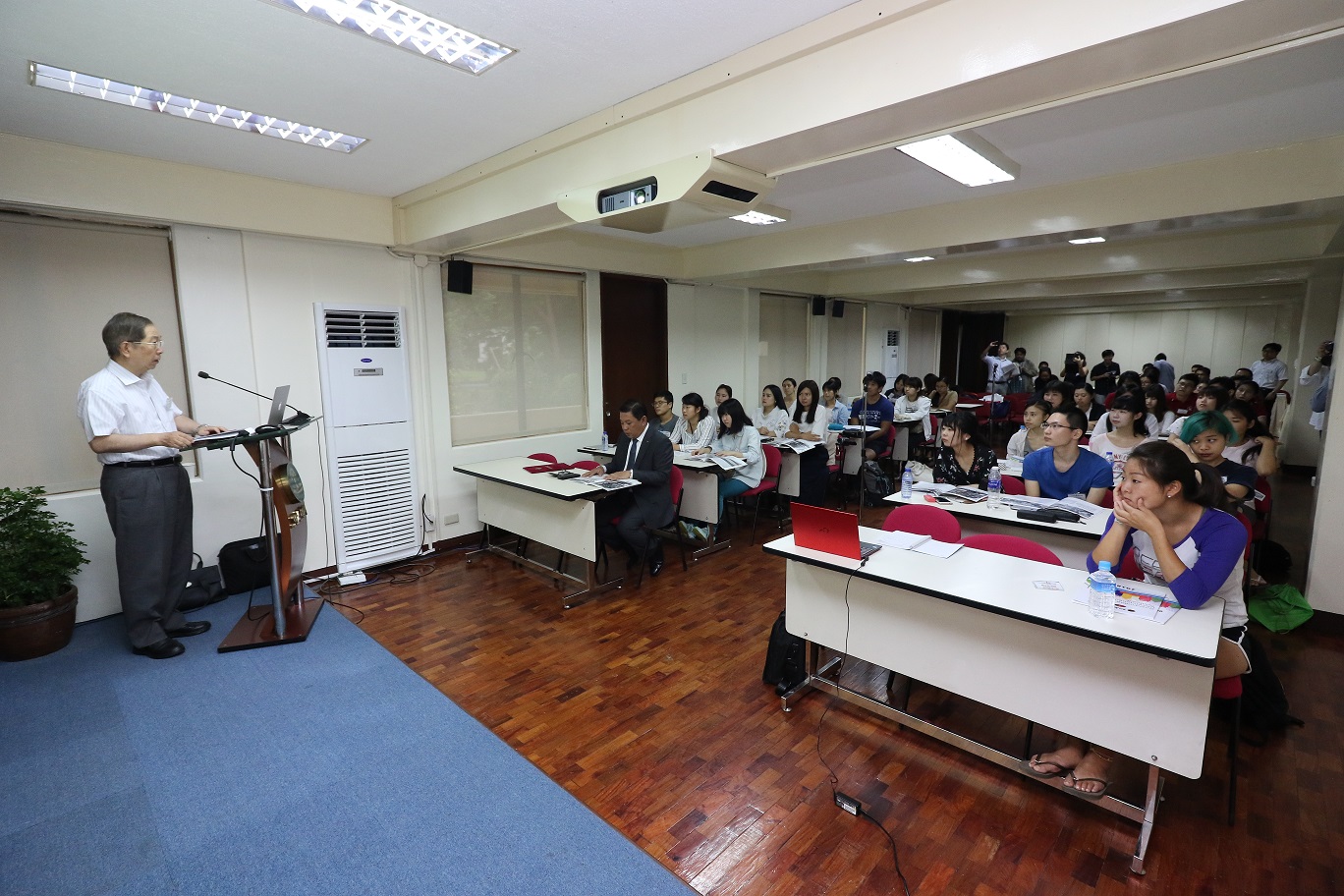 Sustainable Urban Development Program (SUDP), the intensive one-week course on balancing economic growth and environment protection amid urbanization, held its 13th edition in the Philippines, with UPLB and UP Manila co-hosting it.

During the UPLB leg of the Program held on Sept. 6 at the SEARCA Conference Room, UPLB’s environmental science experts discussed that studies have found urbanization as the cause of diminishing water and land quality.

Dr. Damasa M. Macandog, professor at the Institute of Biological Sciences (IBS), noted that flooding and soil erosion have been observed in urbanized and populated areas in Laguna.

She elaborated on the problems of deforestation, loss of agricultural lands to meet industrial needs, and accumulation of pollutants and sediments in sub-watersheds and into Laguna de Bay.

Pollution in Laguna de Bay, the country’s largest lake, served as the centerpiece of the lecture of Dr. Decibel Faustino-Eslava, dean of the School of Environmental Science and Management.

According to her, the lack of water treatment in the areas feeding into the waters of Laguna de Bay, allow sediments, chemical pollutants, and biological wastes to worsen the lake’s condition.

According to Dr. Husana, rapid urbanization and the build-up of non-permeable materials, like cement and man-made structures impede the recharging of groundwater.

He said that these result in lack of fresh water in cities, formation of sinkholes, and increased stress on ecosystems. In other cases, groundwater is recharged with pollution from sewers and city wastes.

The speakers identified governance and communication to help solve the problems.

She shared how their research team collaborated with concerned municipalities to re-evaluate and revise their development plans and create a climate change action plan.

Dr. Faustino-Eslava said she believed in the role of policy and regulation. She emphasized that parameters must be established to regulate waste management around the lake.

For his part, Dr. Husana underscored the importance of facilitating risk communication in the community. “People should be aware of what’s going on under their feet,” he said.

Aside from the Philippines, SUDP has been held in Japan, Malaysia, Vietnam, and Thailand since 2012. It is an initiative of the Yokohama City University. (Jessa Jael S. Arana)