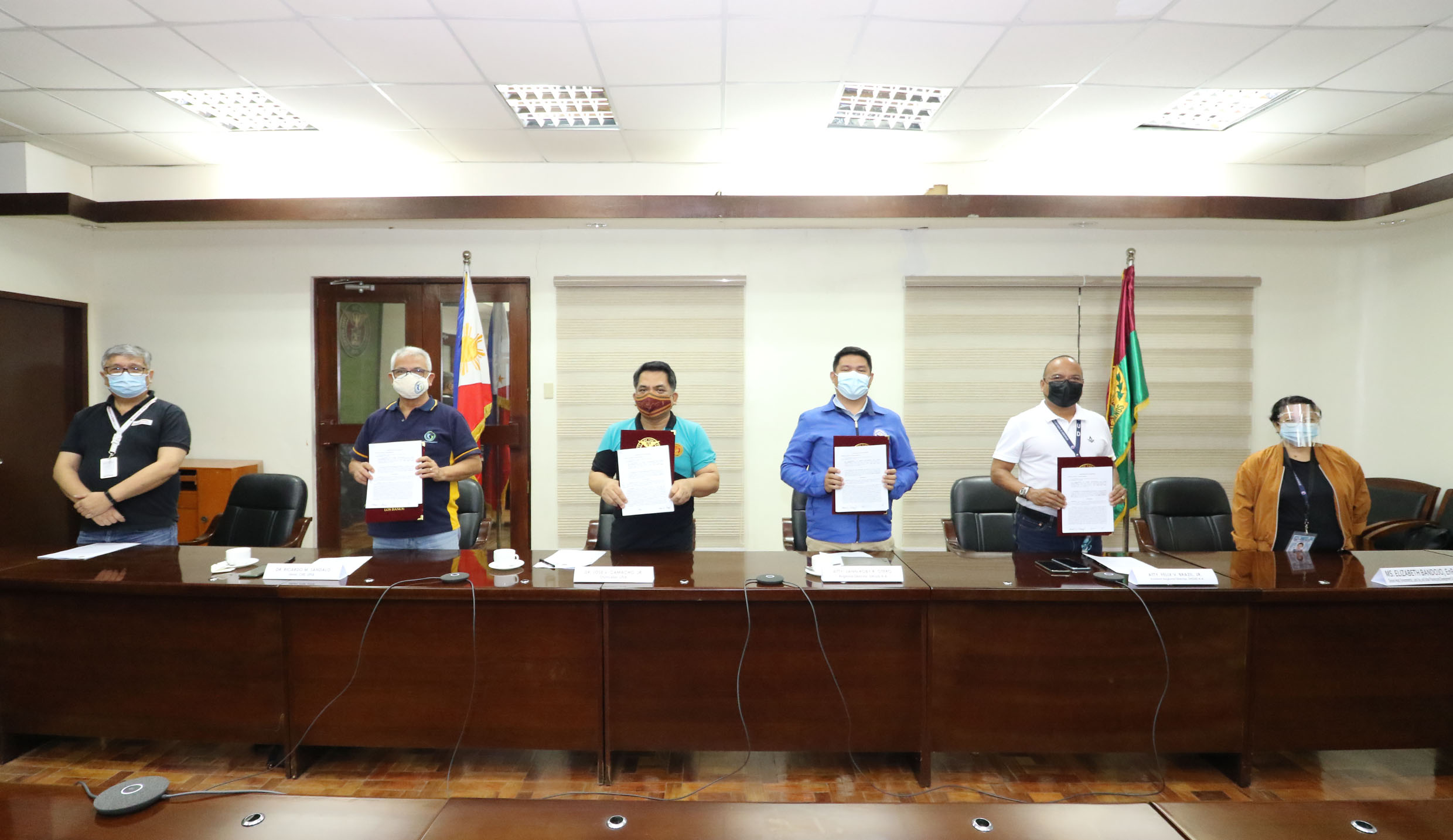 UPLB signs MOA with the Dep’t of Human Settlements

The College of Human Ecology (CHE) has cemented its partnership with the Department of Human Settlements and Urban Development (DHSUD) Region 4A as they signed a Memorandum of Agreement (MOA) on July 23 at the Bienvenido M. (BM) Gonzalez Hall.

The MOA covers their collaborative partnership for the implementation of the Technical Assistance Program on Human Settlements Planning in Calabarzon Region (TAP-HSP Calabarzon).

TAP-HSP Calabarzon will serve as a capacity building program in which faculty members from CHE’s Department of Community and Environmental Resource Planning (DCERP) will share their knowledge and expertise to the personnel of DHSUD-4A and to local government units, particularly on the preparation of the latter’s planning tools, such as the Comprehensive Land Use Plan and the Local Shelter Planning.

Under TAP-HSP, UPLB and DHSUD will also develop linkages with local and international institutions and will pursue policy and action research on planning governance systems in Calabarzon.

“This endeavor reflects the increasing importance of human settlements and urban and regional planning in our country, most especially in the face of population growth, climate change, and diminishing natural resources in the country,” said Chancellor Jose V. Camacho, Jr.

“I look forward to the participation of our students in TAP-HSP, and prepare them as future licensed environmental planners,” Chancellor Camacho added in his message before the actual MOA signing.

Regional Director Otero expressed his hopes that the UPLB-DHSUD partnership will eventually lead to a roadmap toward correct and responsive development and planning in the region.

The MOA signing ceremony was held via hybrid mode – with the actual signing held at the Executive Conference Room at the BM Gonzalez Hall, and with a virtual audience who joined via video conference.