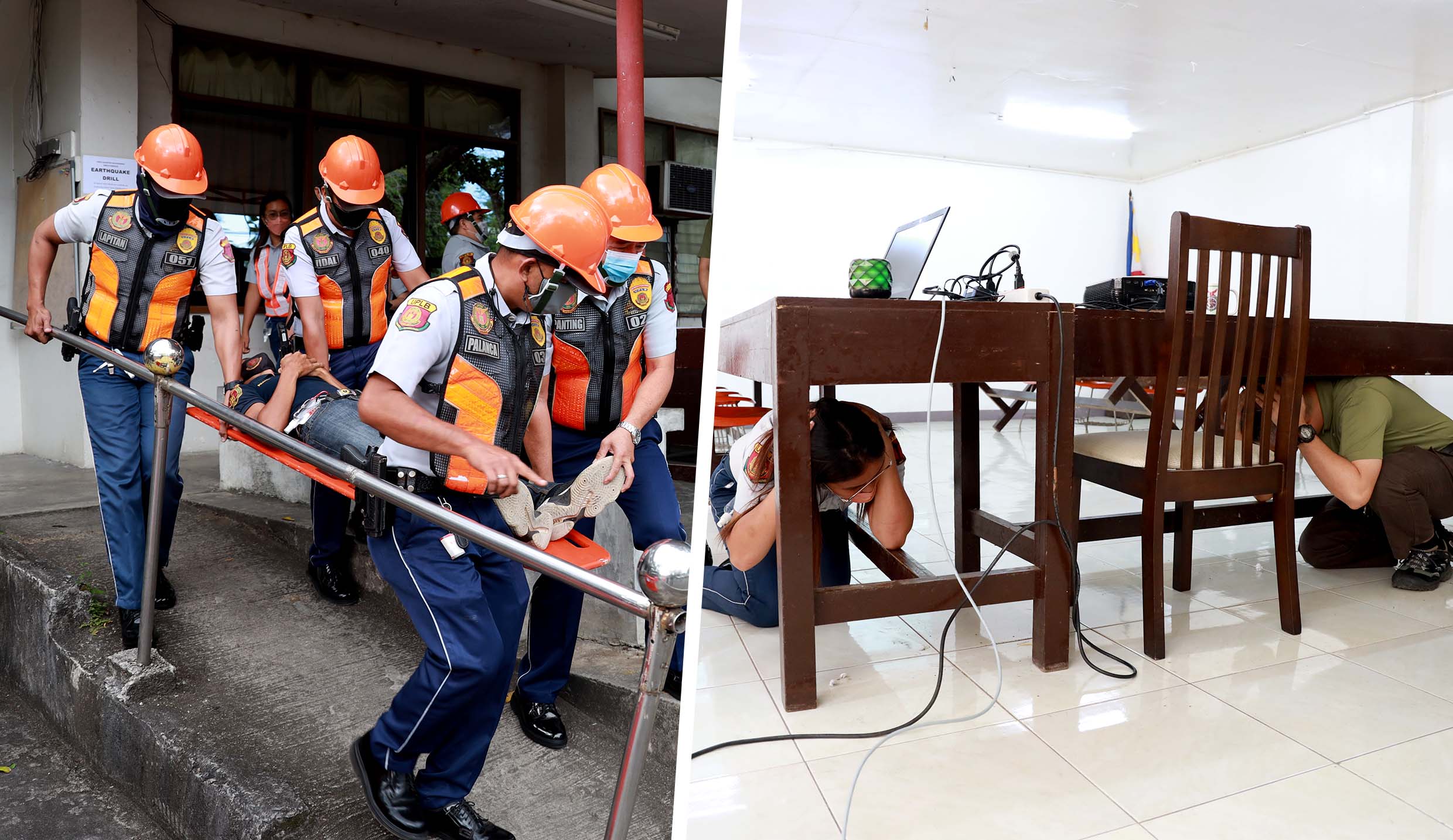 The Security and Safety Office (SSO) of the Office of the Vice Chancellor for Community Affairs joined the First Quarter Nationwide Simultaneous Earthquake Drill (FQNSED) on March 10.

The activity began at 8am with an online program participated in by SSO personnel at the University Police Force (UPF) headquarters. A quick briefing on the day’s activities followed immediately.

At 9am, the SSO personnel trooped in front of the UPF Headquarters after hearing a long whistle blow which signaled the beginning of the nationwide simultaneous earthquake drill and for them to undertake the “DUCK, COVER, and HOLD,” and evacuation procedures.

The drill aimed to test and evaluate the unit’s emergency preparedness, ability to carry out the evacuation plan, and awareness and readiness of the personnel to respond to such a situation.

A drill followed wherein the SSO personnel staged a search and rescue operation with one of them acting as the trapped victim who has a medical condition and had to be evacuated safely out of the building.

The FQNSED ended with Atty. Aladdin P. Dominguita, officer in charge of the SSO, giving a closing speech thanking the participants and enjoining them to always be prepared because disasters are unpredictable.

The SSO section chiefs and other personnel had earlier participated in a disaster preparedness webinar conducted by the Office of the Civil Defense on March 7. (Alva Marie H. Tirones.)