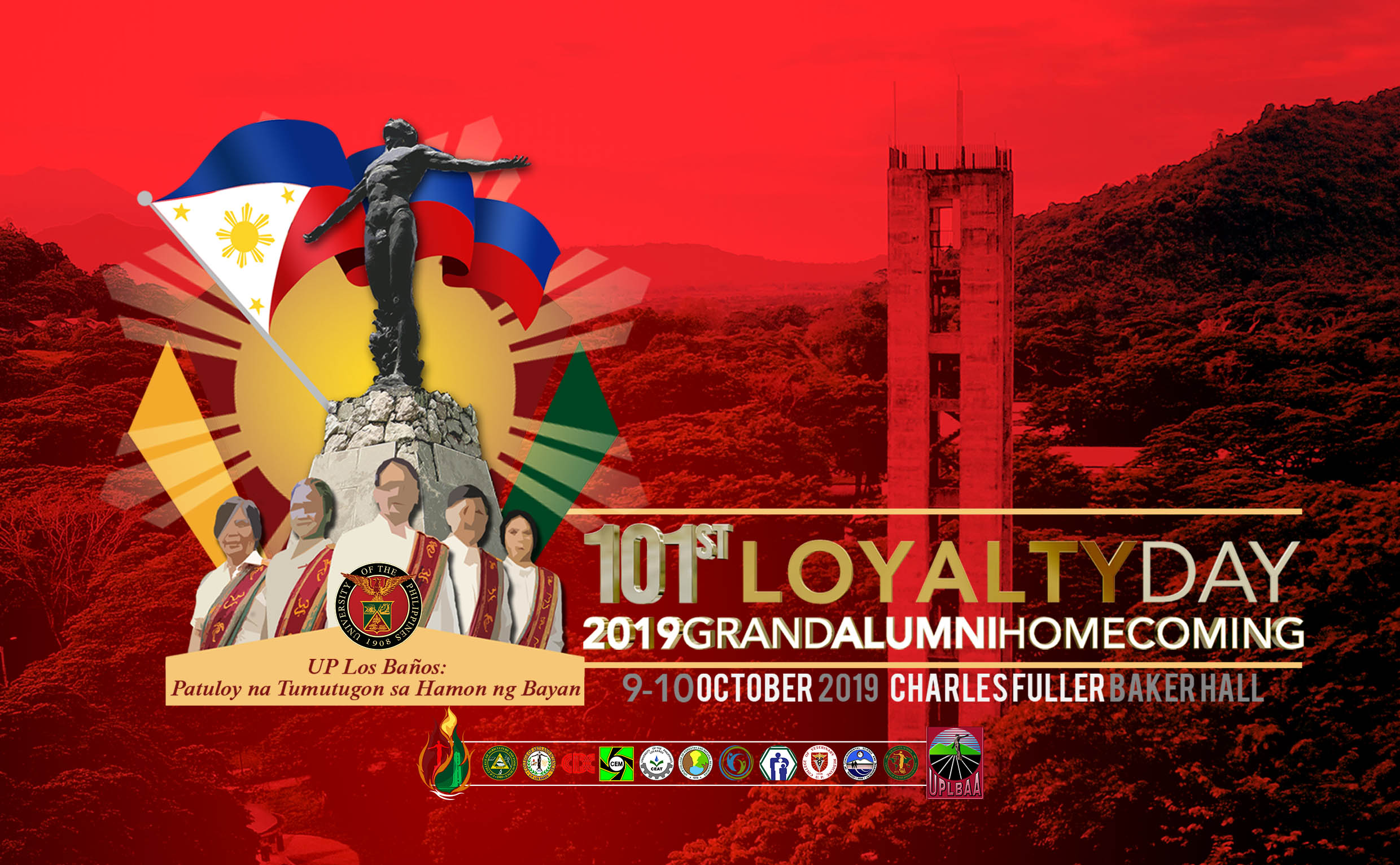 This year’s jubilarians are alumni who graduated in the years ending in 4 and 9. They are led by the golden jubilarians, the Class of 1969.

The month-long festivity will kick-off with the Loyalty Day Prelude, a salu-salo at the Baradas Airstrip at Tanauan, Batangas on Oct. 5. Then on Oct. 9, the UPLB Alumni Association will facilitate the annual business meeting to discuss on-going and future alumni-led projects. This will be followed in the afternoon by the Alumni Awarding Ceremony which will acknowledge the latest batch of outstanding and distinguished alumni awardees and will continue on to the much-awaited music and merriment of the Alumni Fellowship Night.

On Oct. 10, bugle calls at 7:00 a.m. will kick-start the Loyalty Parade from the Carillon grounds to the front of the DL Umali Hall, immediately followed by the luncheon salu-salo at Baker Hall and other designated locations hosted by the colleges.

Other Loyalty Day activities are the UPLB Flower and Garden Show at the Senior’s Social Hall from Oct. 4 to 13, the Makiling Hike and Alumni Sportsfest on Oct. 6, and a trade fair exhibit from Oct. 7 to 12 at the upper grounds near Baker Hall.

Oct. 7 will feature a Football Clinic, a Job Fair at the Obdulia Sison Hall (CEC), and the opening of the “Artfully Science” Exhibit at the Sining Makiling Gallery in the DL Umali Basement.

Those aspiring to learn more about handling and growing their finances may also be interested in attending an Investment Literacy Seminar on Oct. 8, also at the Obdulia Sison Hall.

Class ’69 will also be leading a groundbreaking ceremony of their project at the back of Baker Hall on Oct. 9 at 9:00 a.m.

For more information about the schedule of activities, you may visit http://loyaltyday.uplb.edu.ph/