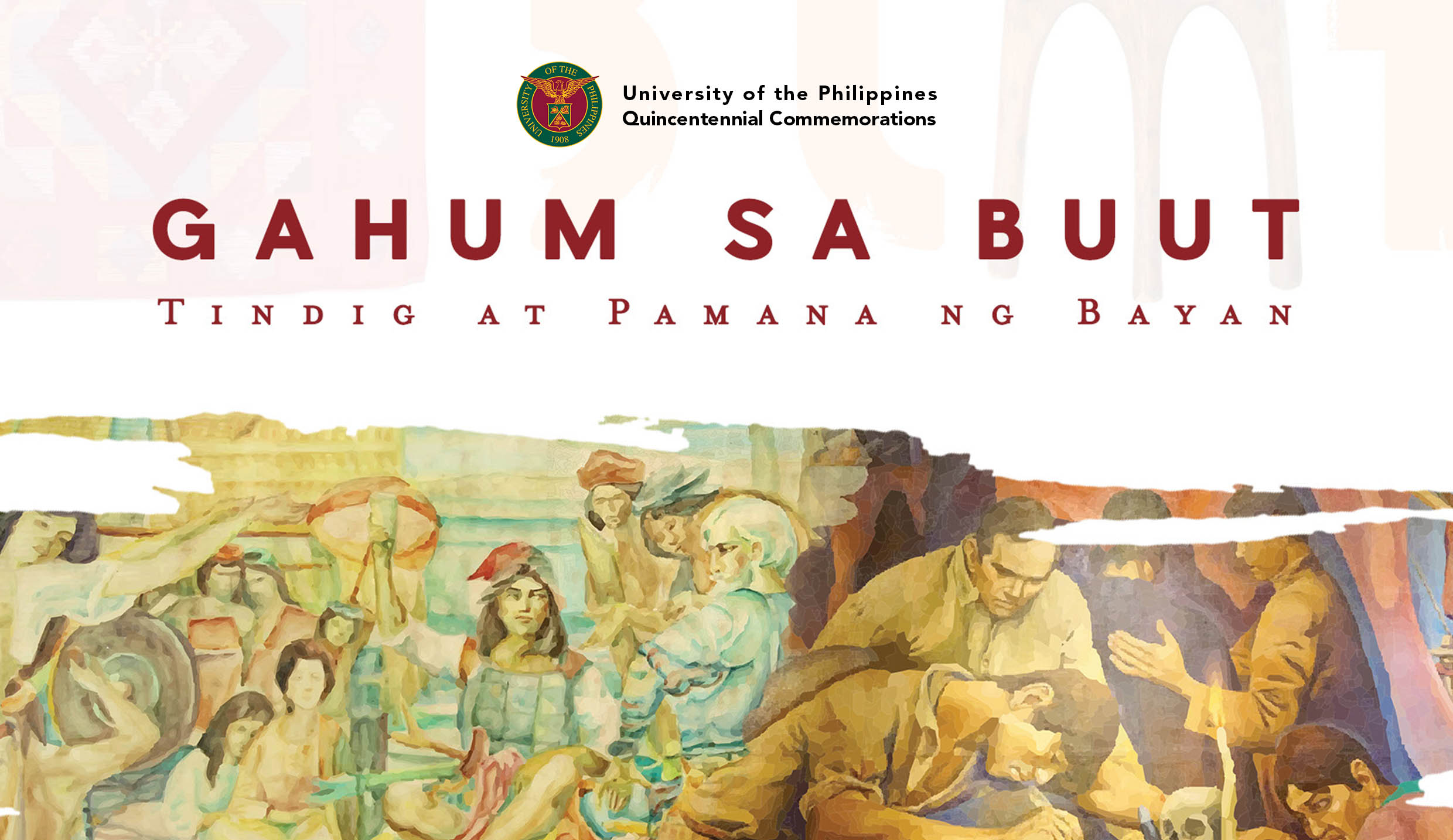 UPLB launched on Monday, May 17, its commemoration of the Philippine Quincentennial focusing on its own strength in the natural sciences in retelling stories of the country’s past.

The 10-part webinar series, which aims to expand on the narrative of Filipino society, culture, and heritage in the past 500 years, is part of the UP System year-long quincentennial commemoration called “Gahum sa Buut: Tindig at Pamana ng Bayan.”

The quincentennial commemoration reflects on the 500th anniversary of the first circumnavigation of the world and the victory of Mactan with online events scheduled until September 2021.

According to Chancellor Jose V. Camacho, Jr. in his welcome remarks, UPLB’s strength in the natural sciences and the narrative on the natural history of the Philippines is what it can share to the world.

He said that the webinar series that UPLB will stage for the next five months called “Baliktanaw: Kasaysayan at Kalikasan,” will provide an orientation on the biological explorations and scholarship in the country that took place in the past 500 years, which, in one way or another, shaped the culture of science not only in the university, but also in the country at large.

Vice President for Public Affairs Elena Pernia said in a message during the opening that the commemoration was an occasion to look back at events and how it has shaped us. “Remembering the past is an important part of understanding who we are,” she pointed out.

(This concept lays down a perspective of the conquest coming from within and rooted in the historical and cultural, crafted with the aim of analyzing, narrating, and understanding history and nationhood.)

She added that the UPLB commemoration will be a rich learning resource about the country’s flora and fauna with the topics that will be taken up from the time of the launch until September showing an interesting diversity.

VP Pernia also called the virtual event a testament to UP’s resilience as the National University and our own commitment to knowledge generation and public service.

Vice Chancellor for Community Affairs Roberto Cereno, who chairs the committee that prepared for the event, gave an overview of the commemoration. It will have two parts, the first being Baliktanaw, which will highlight the timeline of natural history as a field of science and study in the Philippines.

The series, according to VC Cereno, will attempt to help the public internalize the importance of significant historical events, which have ultimately shaped the Philippine environment and natural wealth.

This component is spearheaded by the Museum of Natural History headed by Dr. Marian de Leon and curators from various UPLB units.

An on-site exhibition will be set-up at the UPLB Sining Makiling Gallery at DL Umali Hall as soon as quarantine restrictions are lifted.

The program entitled “Launching of UPLB’s Activities for the Quincentennial Commemorations in the Philippines,” was hosted by Mark Lester M. Chico, director of the Office of Public Relations.