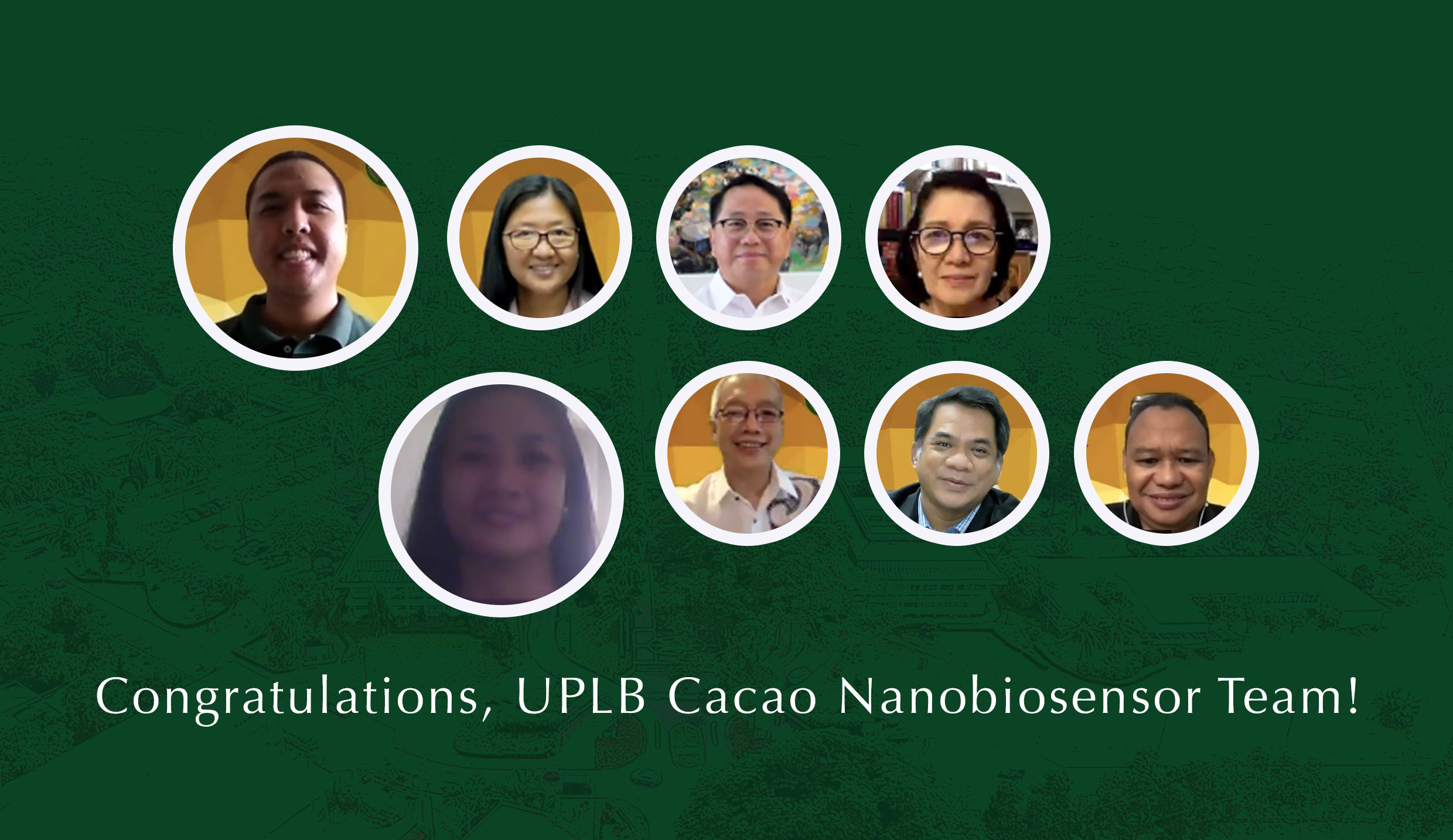 The UPLB cacao nanobiosensor was recognized at the 6th UP Invention Disclosure Incentive (IDI) Awards held via video conference on May 7.

The awarding ceremony, spearheaded by the UP System Technology Transfer and Business Development Office (TTBDO), was attended by UP officials from across the various constituent units of the university.

IDI aims to encourage UP faculty members and researchers to innovate, bring their innovations further to the technology transfer process, and create impact through their research and development.

UP Vice President for Academic Affairs Maria Cynthia Rose B. Bautista pointed out in her welcome remarks during the program, “innovations and technology transfer is really the future.”

“We are not just going to settle for publications and citations. We are going to settle for impact; and we cannot have impact unless we have innovations and technology transfer,” Dr. Bautista emphasized, as she expressed her gratitude to all the scientists who had disclosed their inventions.

(You serve as inspiration to UP and to many more Filipinos to contribute to the advancement of science and technology that is useful to our countrymen.)

He assured the researchers and scientists of UP’s full support for them in their research initiatives and in everything that they are undertaking that are aimed at finding solutions to the problems that the country is facing.

Concepcion also asked them to always remember that “we do not do research to satisfy academic curiosity, we do research to find solutions to the problems of our people.”

He also said that UP will ensure that their work will be given the full protection so that these will not be copied or taken advantage of by other parties.

Furthermore, Concepcion highlighted the issue of compensation for the scientists and researchers. “Maybe it’s high time for us to review the compensation that they receive from all the efforts they devote to researching for the university,” Concepcion said.

Chancellor Jose V. Camacho, Jr. also gave his message of support to the inventors of cacao nanobiosensor as well as to the inventors from the other UP constituent units. He also assured the UPLB scientists and researchers that the university will give them full support as their work goes through the rigorous processes required to bring these to fruition as fully realized and commercially viable products.

According to Dr. Luis G. Sison, director of the UP System TTBDO, the 6th IDI has produced the most diverse set of technologies or inventions. He also said that with it, UP has ramped up disclosures to 271 since it was first implemented.

With the IDI Award, researchers and inventors receive a PhP40,000 incentive of which PhP15,000 is for invention disclosure and PhP25,000 for filing patent registration.