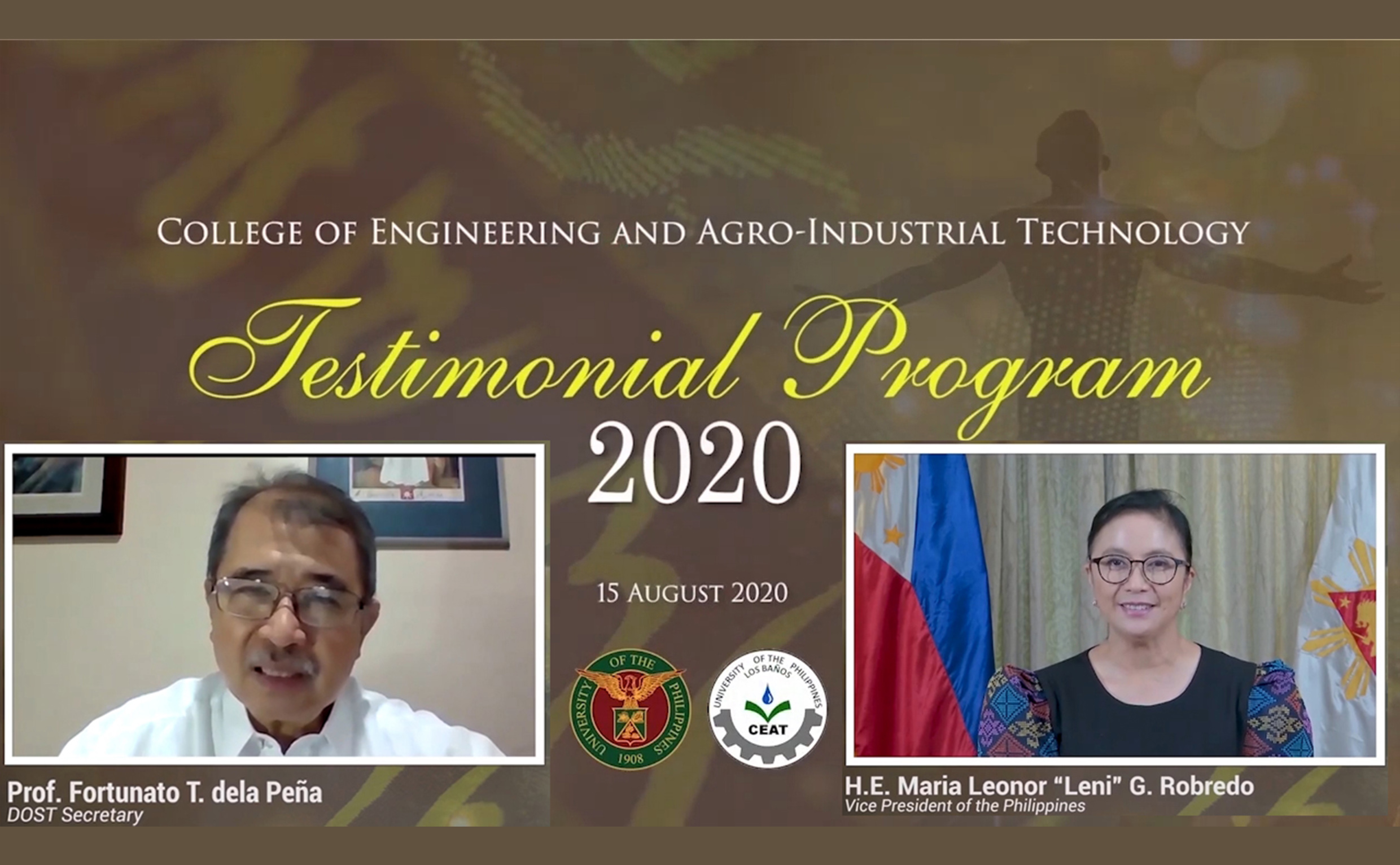 Hon. Leni Robredo, Vice President of the Philippines, was one of the guest speakers at the online testimonial program of the College of Engineering and Agro-Industrial Technology (CEAT) that was livestreamed on Facebook and Youtube on Aug. 15.

In her short message, Vice President Robredo encouraged the new engineering graduates to keep going despite the many changes and challenges that the country is facing.

She encouraged them to reach out to people and see the interconnectedness of each other’s welfare, to face challenges with grit and resolve, and to keep moving forward.

Sec. dela Peña, himself an engineering professional and professor, expressed his hope that the graduates will soon serve the nation to help lead development in the country.

The video of the testimonial has garnered more than 7,000 views on the CEAT Facebook page six days after it premiered.

Before and after the UPLB virtual graduation on Aug. 15, several colleges and departments hosted separate online testimonial programs to honor their graduates. (Jessa Jael S. Arana)