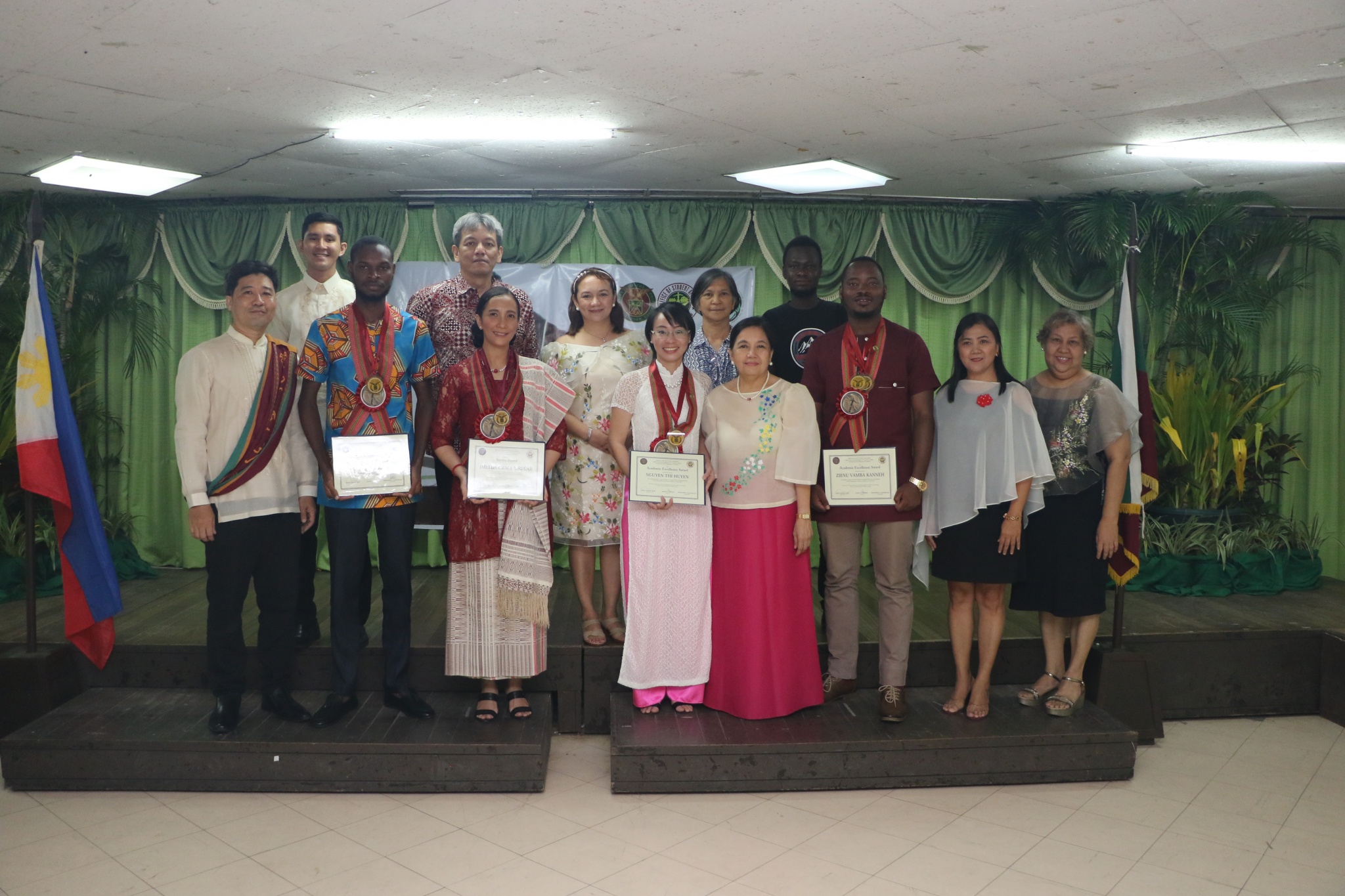 A new batch of new international alumni has been commissioned to promote UPLB in their respective countries at a ceremony organized by the Office of Student Affairs (OSA) on June 18 at the Makiling Hall, SU Building.

All of them have received their graduate degrees during UPLB’s 47th Commencement Exercises on June 22.

According to Atty. Eleno O. Peralta, director of OSA, UPLB has already commissioned over 50 ambassadors for the past years. The new batch, he said, signify the strengthening ties of UPLB with international universities.

“We encourage you to use the knowledge, skills, and insights that you have gained here to serve your country, to become active and conscientious members of the international community, and above all, [to become] engaged global citizens,” Dr. Lapitan said.

Dr. Lapitan also expressed her gratitude to the inductees for choosing UPLB as the university where they took their postgraduate studies, and her hopes that their stay has made them more aware of their goals and place in the world.

Among the commissioned ambassadors are three recipients of the Service and Leadership Award – Kanneh, Olatunji, and Gotarkar. Imelda Grace Siregar from Indonesia, who was also commissioned in an earlier batch, also received the said distinction.