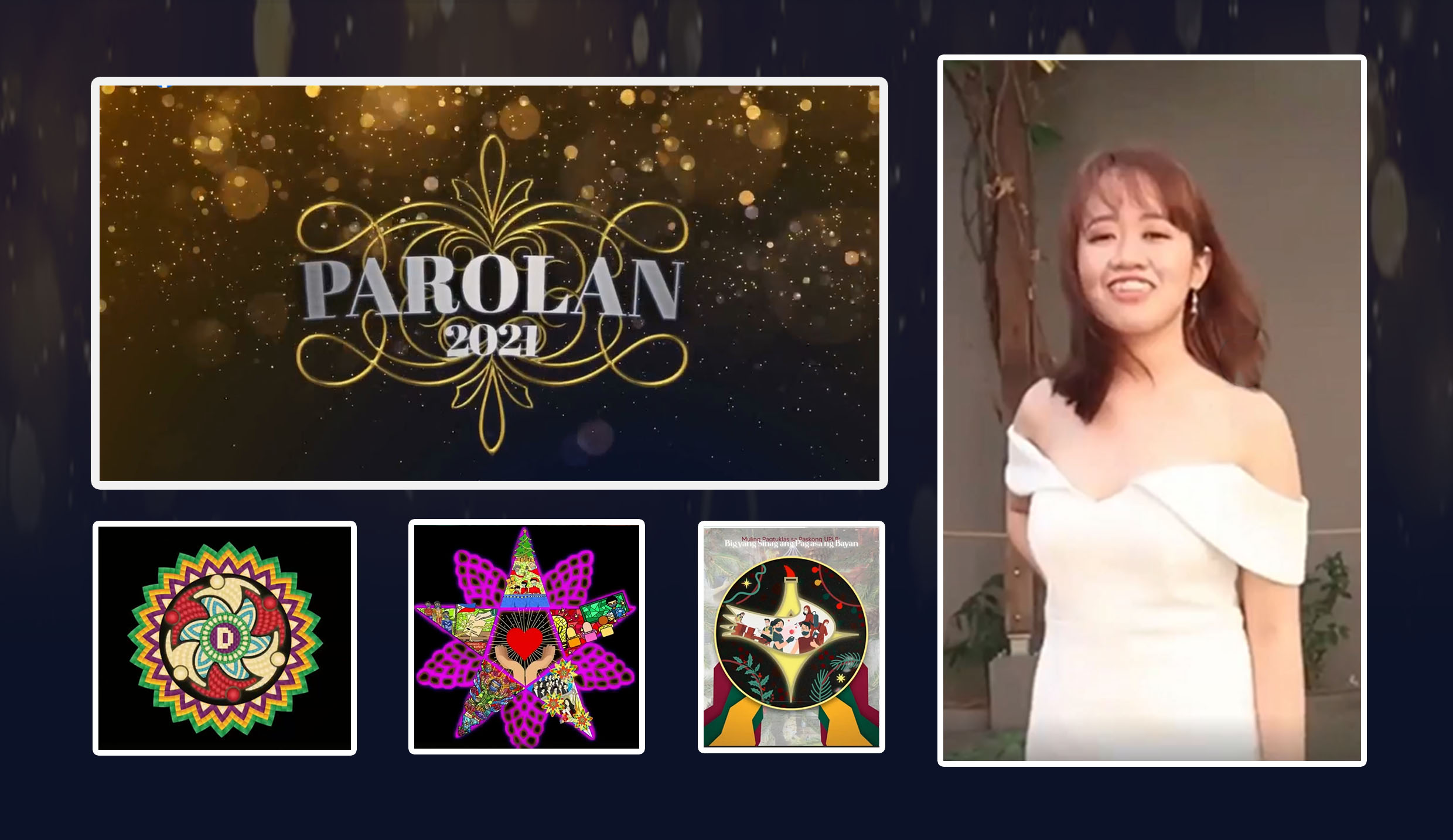 UPLB Parolan is back as a virtual celebration

The UPLB Corps of Cadets and Corps of Sponsors of the UP Reserve Officers Training Corps Unit (ROTC) in cooperation with the Department of Military Science and Tactics (DMST) and the UP Vanguard Inc. relived UPLB Parolan with the theme “Muling Pagtuklas sa Paskong UPLB: Bigyang Sinag ang Pag-asa ng Bayan.”

Due to the pandemic and the changes in the University’s academic calendar, holding of the Parolan was halted in 2018. This year, it came back in virtual form with its traditional sets of contests: the Search for Mutya ng Parolan, Karolingan sa Parolan, and Parol Contest.

He talked about the history of the UPLB Parolan before the pandemic and recognized the organizers, judges, guest performers, and sponsors for making the event possible.

The candidates presented their digitally created parols, as their entry to the Parolan contest. Steve Michael Daanoy, Kier Saliva, and Vanguard Danilo Pedragosa were the board of judges for the contest. The parol of India Company won first place.

Each company also had their entries for the Karolingan sa Parolan. Judges of the Christmas caroling competition were Vanguard Diana Mae L. Halim and faculty member Jickerson P. Lado. The India Company also placed first in the contest.

To formally close the event, Chancellor Jose V. Camacho, Jr., delivered his inspirational message. He stated that UPLB Parolan is one of the University’s most beloved traditions. He also said that the event is a reminder to keep the fire of hope and happiness burning in each one’s heart.