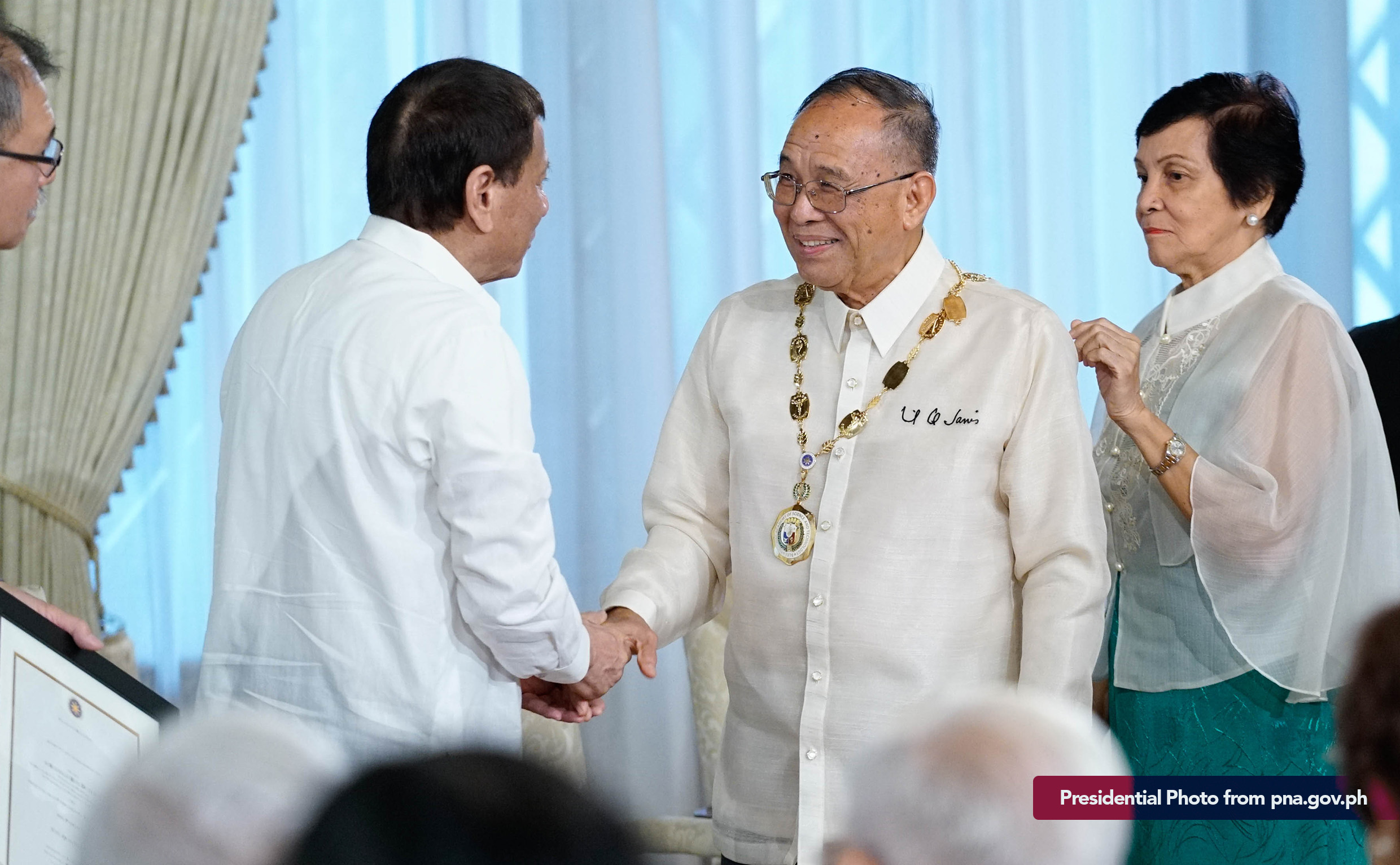 President Rodrigo R. Duterte conferred the title of National Scientist on Dr. Emil Q. Javier in ceremonies on Jan. 7 at the Malacañan Palace.

President Duterte had signed Proclamation No. 781 on Aug. 2, 2019 bestowing to National Scientist Javier the highest honor for men and women of science in the country.

“The whole nation owes its deepest gratitude to Dr. Javier for his promising contributions to the scientific community,” President Duterte said.

“Your leadership at the Institute of Plant Breeding (IPB) advanced the production of high-yielding crops and disease-resistant varieties in the Philippines and in Asia, paving the way to better nourishment and an improved quality of life for our people,” the country’s chief executive added.

In his message of response, National Scientist Javier expressed joy for the said honor, but also lamented about the “painful reality” of food insecurity and the poverty of farmers and fisherfolk in the country.

“Clearly, collectively, including myself, we have not done enough. For far too long, we have not invested enough and allowed agriculture to stagnate. There is no virtue in pointing fingers now because there is so much blame to spread around,” National Scientist Javier said.

“And yet, Mr. President, we have the technology and expertise to move agriculture forward. We can do much better if only we can put our act together,” he suggested.

National Scientist Javier then proceeded to express hope that “there is light at the end of the tunnel for the rural sector” after enumerating some of the encouraging and tough political decisions that President Duterte made such as the “appointment of a new, very knowledgeable Secretary of Agriculture” and the “decisive support for the rice tarrification law.”

National Scientist Javier’s family, including his wife Alma, joined him at the conferment ceremony. (Text by UPLB Office of Public Relations, with information from pcoo.gov.ph; Presidential Photo from pna.gov.ph)