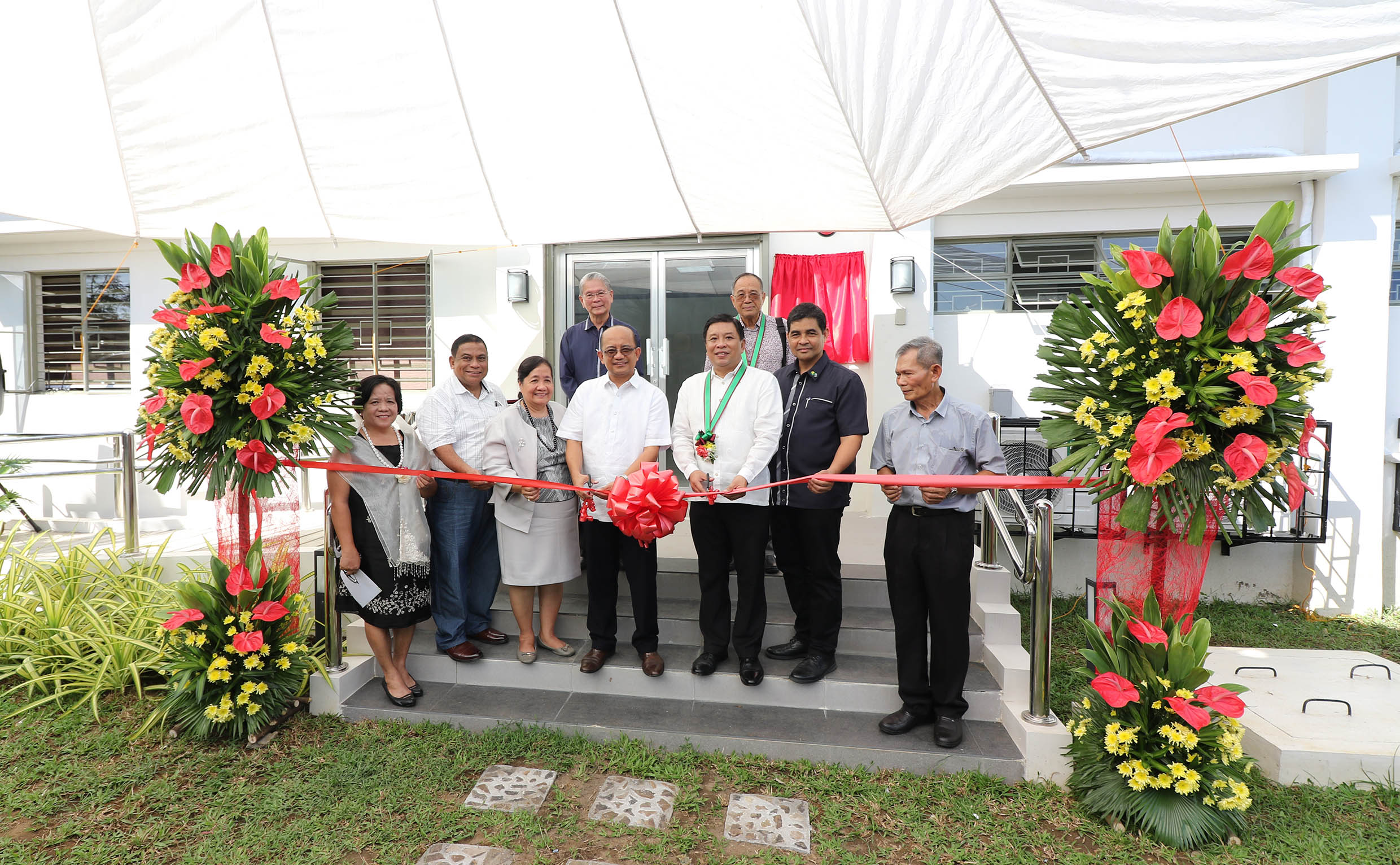 “The capacity of BIOTECH as a premiere research and development institution continues to remain strong.”

Thus, said Dr. Marilyn Brown, director of the National Institute of Molecular Biology and Biotechnology (BIOTECH), as she opened its week-long 40th anniversary celebration on Nov. 18.

Dr. Brown talked about the accomplishments of BIOTECH in the past four decades, citing its 47 products and technologies, 17 patents, 15 pending patents, 18 approved invention disclosures, 16 trademarks, 13 trademark applications, more than 200 international and national awards, and numerous publications.

“Many of our products and technologies are now being used by the industry and farming sectors, and are currently contributing to overall growth and development of these sectors,” she said.

BIOTECH also launched a new facility that will strengthen UPLB-BIOTECH’s efforts to link  research and industry–the DOST-PCAARRD-UPLB-BIOTECH Bioprocessing Plant, which is located at the institute’s compound.

The new bioprocessing plant is where commercial production of the Protein Enriched Copra Meal (PECM) will be tested. PECM is a protein feed ingredient with high digestibility and nutrient quality. The said facility is also envisioned to promote and showcase PECM to prospective investors.

PECM, which was started by Dr. Chay Pham, former BIOTECH researcher, and was further developed by the team led by Dr. Laura Pham, retired researcher and now consultant at BIOTECH, can be mixed at various percentages to animal feed.

The Philippine Council for Agriculture, Aquatic, and Natural Resources Research and Development of the Department of Science and Technology (PCAARRD-DOST) financed the said infrastructure, with counterpart funds from UPLB.

Among those present during the event were Dr. Reynaldo Ebora, executive director of PCAARRD-DOST and former director of BIOTECH, and Chancellor Fernando C. Sanchez, Jr.

“This facility is a representation of what we can achieve when we collaborate and cooperate with one another,” Chancellor Sanchez said.

National Scientist Emil Q. Javier and National Academy of Science and Technology Academician William Padolina, who both served as directors of BIOTECH, also shared their institutional memories about and words of wisdom to the institute personnel.

Among the activities lined up for this week’s BIOTECH anniversary celebration include the Balik-BIOTECH Homecoming and Awarding Ceremonies on Nov. 18; open house and BIO-N Congress on Nov. 19; technology trainings on Nov. 20-21; pitching of BIOTECH products and technologies and the closing program on Nov. 22. (Mark Jayson E. Gloria, with information from BIOTECH)