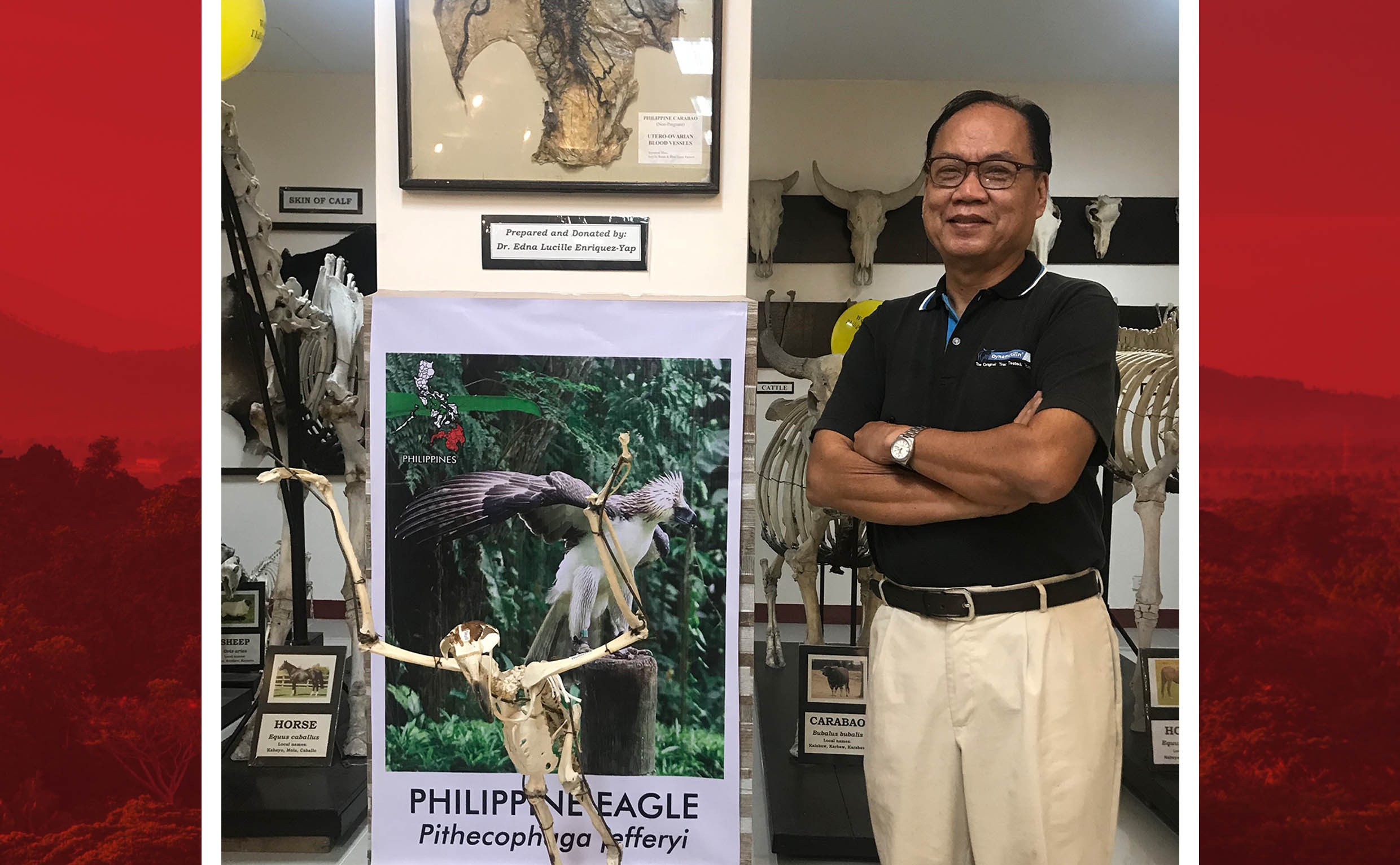 Deep in the forests of the Philippines, the so-called king of Philippines skies soars into the air, its cry piercing above the gentle sound of the wind that rustles through the trees. And then — BANG!— with a single gunshot, the regal bird falls to its death.

This is the harsh reality that the Philippine Eagle (Pithecophaga jefferyi) faces. It is still being hunted today despite widespread information on its status as a critically endangered species by the International Union for the Conservation of Nature.

The Philippine Eagle Foundation (PEF) and other similar organizations have been hard at work to conserve them.

Setbacks notwithstanding, PEF strives to find use for each bird that dies this way.

This is how a preserved Philippine Eagle skeleton found its way to the J.A. Solis Museum of Veterinary Anatomy at the UPLB College of Veterinary Medicine (CVM).

On Aug. 27, the mounted skeleton was turned over by PEF to the CVM museum.

According to Dr. Ceferino Maala, Academician at the National Academy of Science and Technology, a professor emeritus at CVM, and curator at the JA Solis Museum, he got in touch with PEF in June with the hopes of receiving at least a single bone or a feather specimen.

To his surprise, PEF instead offered to turn over an entire mounted Philippine Eagle skeleton to the museum.

Part of the turnover program was the film showing of and open forum on the documentary “Bird of prey: the story of the rarest eagle on Earth.”

“You cannot prevent the extinction of this wildlife,”Dr. Maala said, quoting a Japanese professor he once met in his travels. “[That is why] I’ve always believed that this museum is very important.”

With only 400 pairs left, the Philippine Eagle may not be extinct yet, but at a population of less than 2,500, it is dangerously inching in that direction. This number dwindles as the bird’s habitats are being invaded and destroyed and as hunters continue to hunt them.

According to Dr. Maala, museums are not just mediums to preserve the memory of this species, but also avenues for others to be educated about this dangerous possibility.

Looking to the future, Dr. Maala plans to have more collaboration with PEF and other organizations to expand the museum’s collections of new specimens, not only that of the Philippine Eagle, but also of other animals as well.

The J.A. Solis Museum of Veterinary Anatomy educates and entertains its visitors with its extensive collection of animal specimens. It serves as a vital reference for researchers and students, too.

Kids’ Corner aims to housea collection of various animal figurines in different styles of rendition and colors that aims to catch the attention of children. (Shann Elyse Pasion)