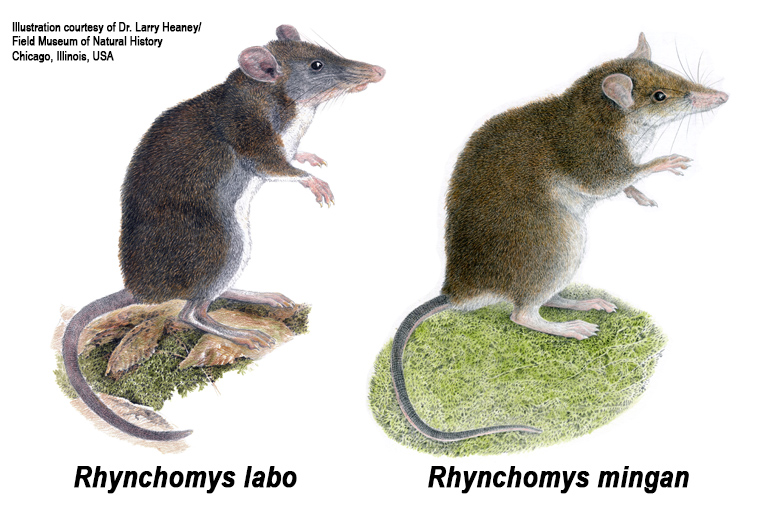 When we think of rodents and mice, we usually think of them as gnawing critters which will bite into anything they take a fancy to. We hate them and consider them as pests. But these two new species of mice, the first discovered in Mt. Labo, Camarines Sur and the second, in Mt. Mingan, Aurora are not the typical rodents.

Recently announced in the Journal of Mammalogy, the two new species are Rhynchomys labo and Rhynchomys mingan. According to lead author Dr. Eric Rickart of the Natural History Museum of Utah and University of Utah, the genus Rynchomys is a combination of “rhyncos,” a Greek word for snout and “mys,” which means “mouse.” The species epithet came from the mountains in which they were discovered.

“Funny as it is, we liken their eating style to a hungry kid eating and playing with spaghetti, says Phillip A. Alviola, a curator for small mammals at the UPLB Museum of Natural History and faculty member at the Institute of Biological Sciences. Alviola is a member of an international team which has been doing mammalian surveys across the Philippines since the 1980s.

“Have you seen the classic Bella Notte scene in ‘Lady and the Tramp’ when they ate spaghetti? Think of something like that, but instead of the rodents sucking up the spaghetti, they are slurping on earthworms,” Alviola said in a short interview.

“The two new species have snouts that resemble tweezer-like beaks, and they hop like small kangaroos,” Rickart added. “They are quite bizarre but very interesting [e]specially that their diet consists mainly of earthworms,” he said via email.

Dr. Larry Heaney of the Field Museum of Chicago and co-author of the paper said that “the rodents are interestingly cute and docile… it feels like you are holding a plush toy.” Heaney heads the yearly mammal survey in the Philippines, the team of which included Filipino scientists such as the late Danilo Balete and Prof. Phillip Alviola.

An argument for more protection

In a press release, the scientists called for more and better protection of the Philippines’ last remaining forests. “The two new rodents are examples of the generally poorly known but incredible biodiversity of the Philippines, which boasts more unique species of mammals per square mile than anywhere else on Earth,” the researchers said.

According to them, Philippine biodiversity is under grave threat as only about 6% of the country’s old growth tropical forest remains. Most of the islands in the country have been heavily impacted by continuous deforestation over the last century.

“As we get more and more significant information to augment our knowledge of Philippine biodiversity, we gain stronger reason to argue for the protection of our dwindling forest cover,” Alviola explained. “But knowing what we still have or what we have already lost is just the tip of the iceberg,” he added.

“We must be able to act on this new information and as we discover more and more new species, we must be able to put in place the measures to protect their habitat,” Alviola further said. (Florante Cruz)

UPLB team visits US universities for innovation and entrepreneurship linkages 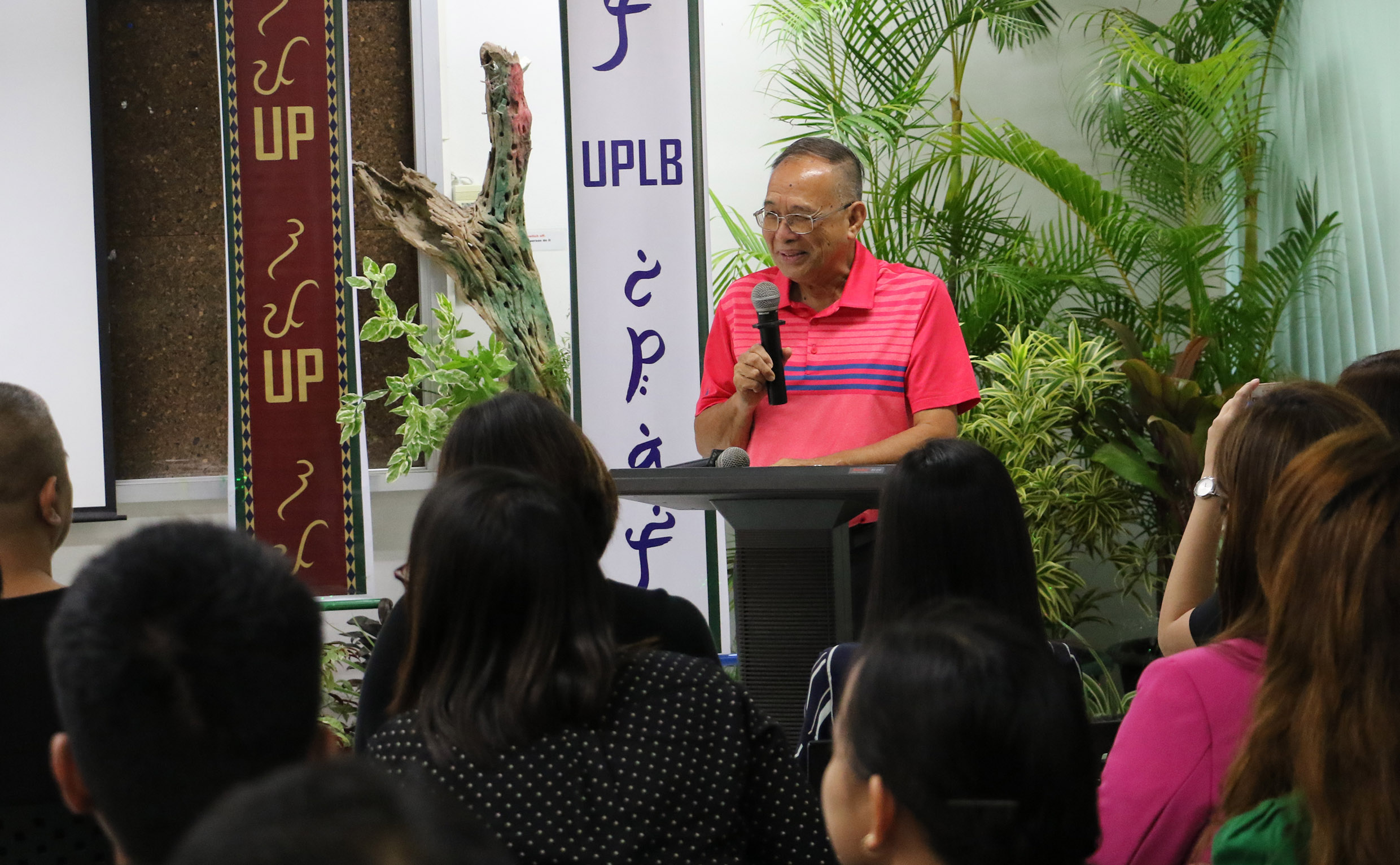 UPLB team visits US universities for innovation and entrepreneurship linkages