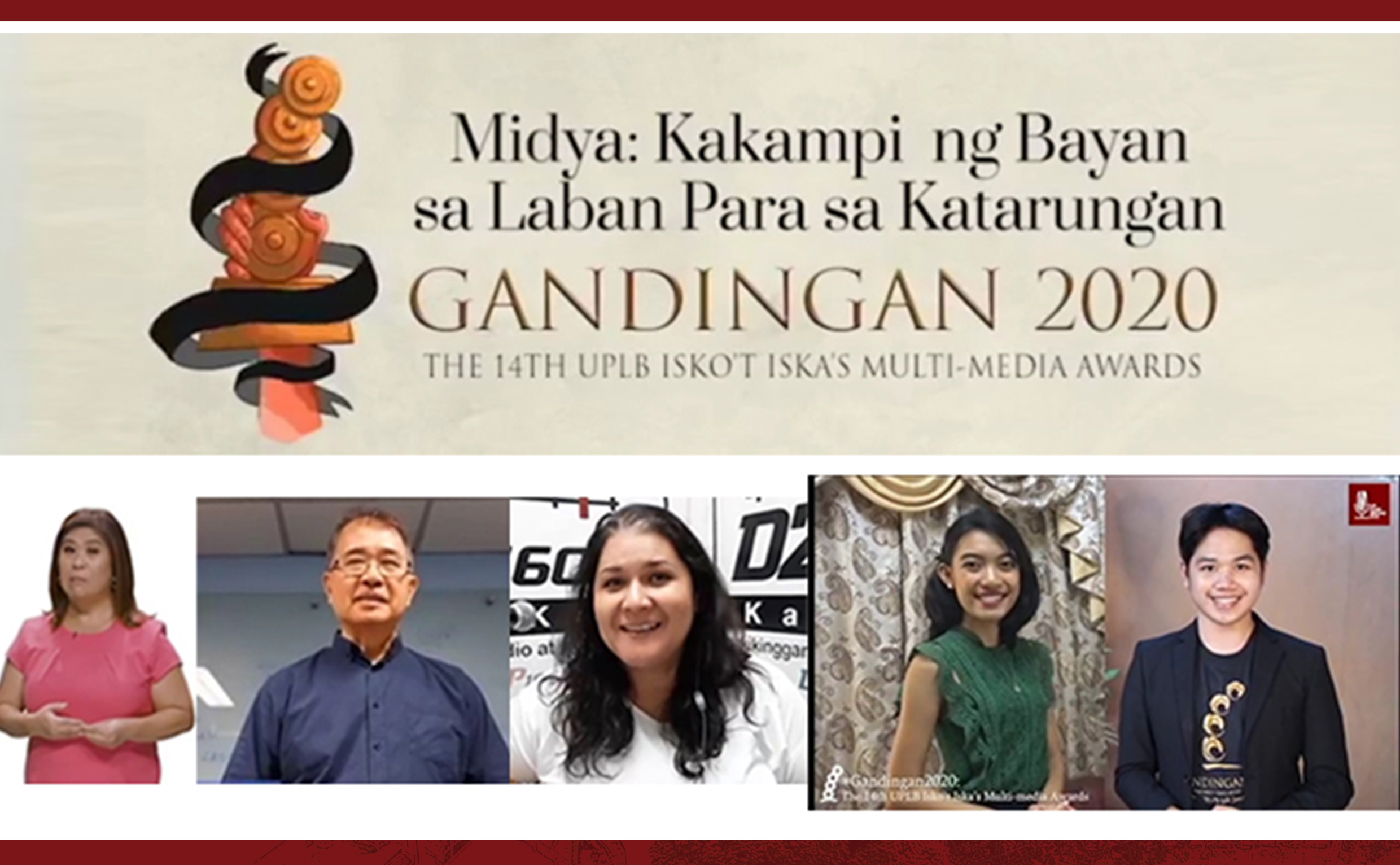 Its 14th edition was staged online and livestreamed on Facebook on July 25.

DOSTv: Science for the People, produced by the Department of Science and Technology (DOST) primarily for the state-owned PTV 4, clinched the top award Gandingan ng Kaunlaran, alongside three other honors.

“What you are doing takes on even greater significance now when there is proliferation of fake news, deliberate disinformation, and more recently, of fundamental threats to our freedom of speech and of the press,” said GMA News TV’s Solita “Winnie” Monsod to the organizers as she received her award virtually.

“The only way to fight [these] is with the truth, with undeniable facts and evidence. That is what speaking truth to power is all about. Your award gives us the courage to continue,” Monsod concluded.

GMA Network and DOSTv share the award for Siyensikat, hailed as the Most Development-Oriented Science and Technology Program. This DOST-produced show was aired on GMA News TV.

ABS-CBN won three awards, courtesy of Failon Ngayon and its host Ted Failon; PTV 4 bagged two trophies aside from those for DOSTv.

During the program, UP CBS named Bahay Pag-asa ng Laguna, a transition home for children in conflict with the law based in Calauan town, as its partner community, for two years in a row now. It will continue to receive support from the student organization.

The nomination process for Gandingan 2020 took place from September to December 2019. A 32-member jury of UPLB students, faculty members, and experts from different disciplines then evaluated the nominees.

The jury adjudged the nominated personalities based on their delivery, authority, projection, and overall appeal. The programs, on the other hand, were evaluated according to their development orientation, ethical, technical, and entertainment values, and relevance to the theme.

Chico announced that Gandingan Awards 2021 will center on public health, in line with the COVID-19 pandemic. (Mark Jayson E. Gloria)