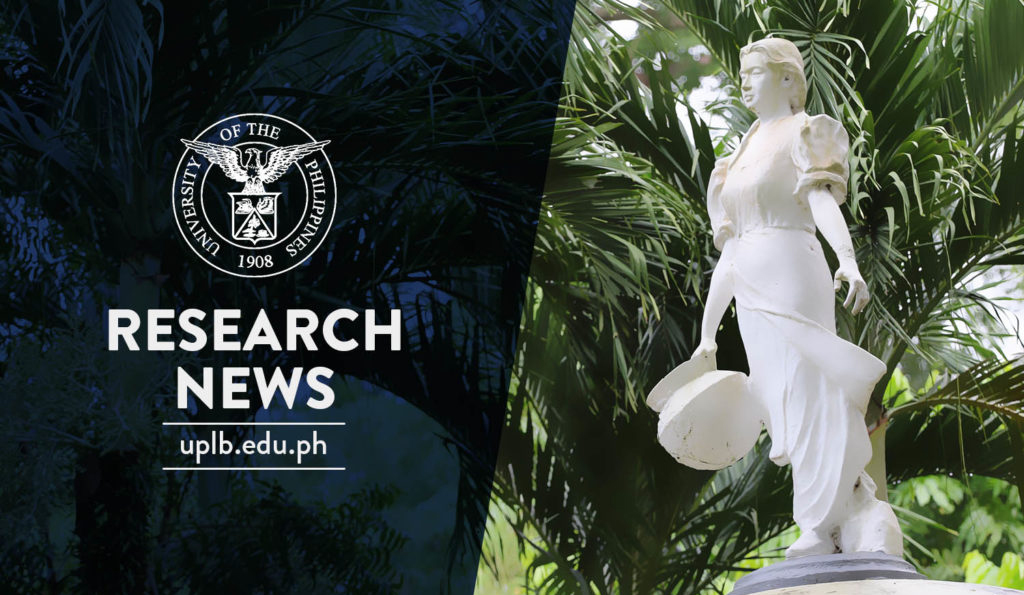 Mentoring, according to Dr. Paller, influences the success of research students and trainees, as well as improves the retention of faculty mentees by enhancing their research capacity and promoting creativity.

According to her, developing countries in Asia have shifted to knowledge-based, instead of resource-based economy.

Paller said that in a knowledge-based economy, it is the people’s knowledge that serves as the foundation; and science, technology, and innovation, its pillars.

She stressed that universities play an important role in these knowledge-based economies, as universities serve as knowledge factories, increasing key drivers of innovation and major agents of economic growth.

Uy gave practical tips for his fellow graduate students, on the importance of not waiting for a topic and of finishing their research strong.

He also advised graduate students to choose fully funded research, treat it as a job, and to learn and communicate from the best mentors or advisers, and to work systematically.

On a lighter note, he noted the importance of making friends because doing research is isolating, of taking breaks, and of having grit and not giving up easily.

According to him, leaders should create more opportunities to be involved, to initiate collaboration, to be mentored, and to help and to create more leaders.

She said that they should not set their end goal on finishing a graduate degree but on something bigger like helping family, community, and country.

“Focus on your goals, learn to prioritize, and make time to create friends as the rewards of friendships are the same as getting the degree,” she further said.

She also said that proper management, maintaining a good relationship with academic advisers by believing in them, and committing to learn more than what is expected and required by the curriculum will also be very helpful.

Dr. Loyola also shared her personal struggles as a graduate student in UPLB and in Australia, advising students that sometimes the only choice is to rise from the occasion, no matter how hard it is.

She reminded the students that they carry the name and reputation of UPLB, and thus, they must aim to always leave a mark of honor and excellence wherever they go.

Dr. Jomar F. Rabajante, officer in charge of the UPLB GS Office of the Dean, served as host and moderator.

Special messages were given by Dr. Rex Victor O. Cruz, academician of the National Academy of Science and Technology and former UPLB chancellor and by Dr. Aimee Lynn Dupo, UP Scientist II and former UPLB GS college secretary.