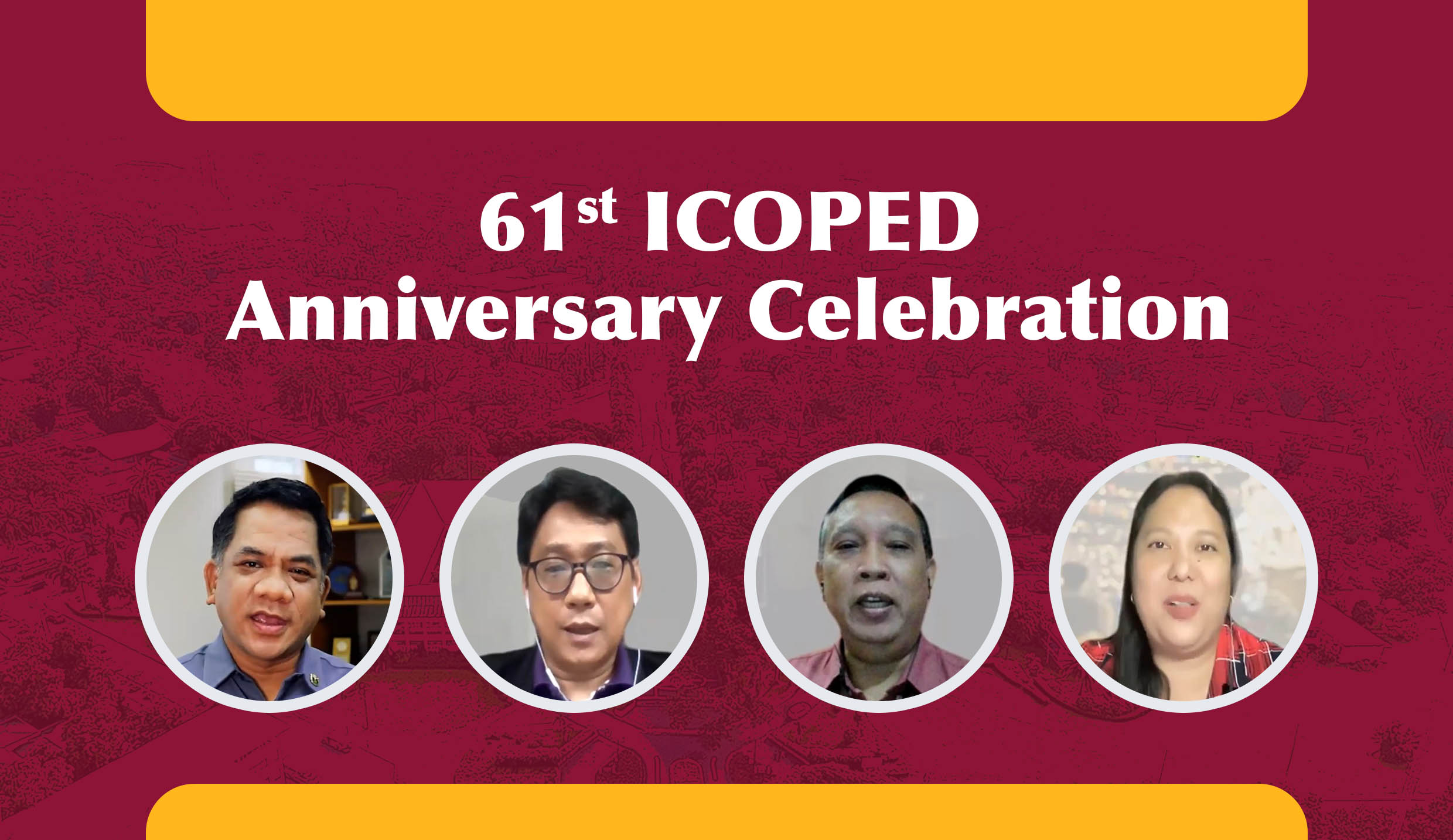 The Institute of Cooperatives and Bio-Enterprise Development (ICOPED) of the UPLB College of Economics and Management (CEM) celebrated its 61st founding anniversary on Oct. 22.

The celebration doubled as a tribute to its first director, the late Dr. Nathaniel Tablante, who served from 1960 to 1967.

Chancellor Camacho congratulated ICOPED for its dedication to promoting and developing cooperatives as part of the fulfillment of the University’s mandate to serve the country.

Dean Cuevas, for his part, commended ICOPED on the innovative academic and extension programs that it has implemented and for its contributions to the cooperative movement in the Philippines.

The tribute to Dr. Tablante followed where he was hailed as a pillar of the Agricultural Credit and Cooperatives Institute (ACCI) and of the cooperative movement in the Philippines. A video presentation about Dr. Tablante’s work, which ICOPED prepared, was shown during the tribute.

They shared details about their father’s life and his accomplishments as a family man and as a public servant to the audience. They also expressed their sincere gratitude to ICOPED for recognizing their late father’s achievements and successes.

This was followed by the virtual turnover of Dr. Tablante’s portrait from the Tablante family to ICOPED.

The portrait is going to occupy a place of honor at the home of ICOPED, the former ACCI building, which has also been named after Dr. Tablante.

ICOPED Director Liezel S. Cruz then delivered a response thanking the Tablante family for entrusting ICOPED with the portrait of the late director.

The staff also traced the Institute’s journey, from being the former ACCI to the present-day ICOPED.

The tribute was followed by a video presentation on ICOPED’s history and testimonials from  alumni, current students, and former staff and directors.

They shared with current staff their experiences, memories, and lessons learned while serving ICOPED.

They also imparted tips and suggestions on how ICOPED can better accomplish its goals and expressed support for the Institute on the future directions that it will take.

The event concluded with the closing remarks from Cruz who expressed her gratitude to the family of the late Dr. Tablante and ICOPED former directors, REPS, and administrative staff who attended the event.

She commended the ICOPED team for being dedicated, passionate, and committed to serving and fulfilling the Institute’s vision for cooperative and enterprise development.

The celebration, held via video conferencing, was hosted by faculty member Ma. Theresa M. Castro-Bernardo and Paul Kenneth B. Maghirang of ICOPED.