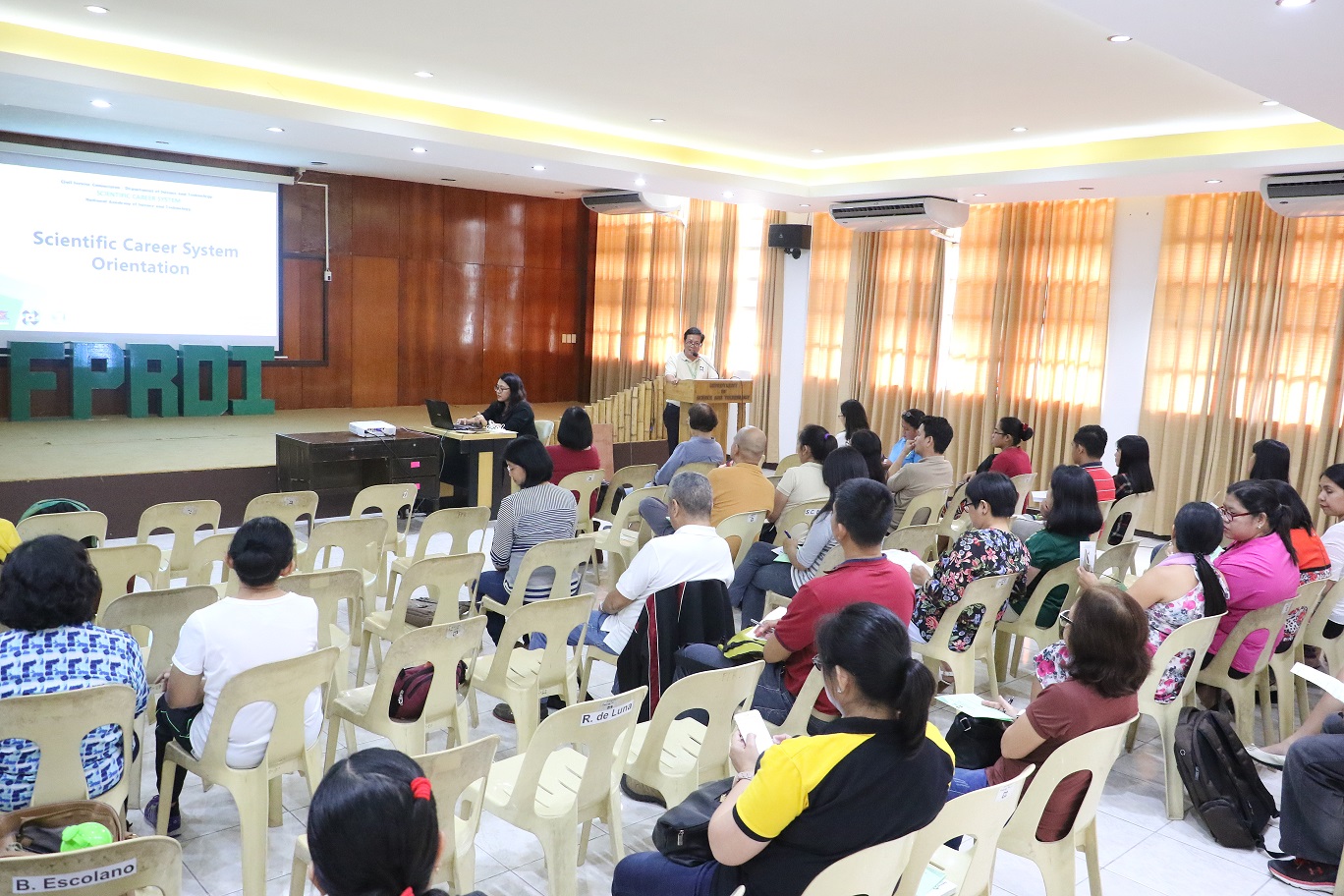 SCS grants the title Scientist and its accompanying benefits to qualified applicants.

It is officially defined as “a system of recruitment, career progression, recognition, and reward of scientists in the public service as a means of developing a pool of highly qualified and productive scientific personnel.”

She also explained the proposed amendments in the SCS criteria that would address qualifications on technology development, knowledge generation, and mentorship.

The salary grade (SG) of a Scientist ranges from SG 26 to 30, depending on the rank (Scientist I-V). A Scientist is also entitled to a representation and travel allowance, travel assistance, and membership in an international organization and journal.

A Scientist also receives applicable benefits under Republic Act 8439, or the Magna Carta for Scientists, Engineers, Researchers, and other Science and Technology Personnel in Government. These include honorarium, share in royalties, hazard, subsistence, laundry, housing, and quarter allowances, longevity pay, and medical examination fees.

Present during the orientation was Dr. Merdelyn Caasi-Lit of the Institute of Plant Breeding, one of UPLB’s 17 Scientists, who shared to the participants the benefits that come with the title.

Dr. Maribel Dionisio-Sese, UPLB professor and UP Scientist I, talked about ethics that must be remembered before, during, and after conducting a research. She also shared her insights about honesty and integrity that author, reviewer, and editorial board must adhere to in the publications process.

Present during the activity were FPRDI Director Romulo Aggangan and Scientist Erlinda Mari.