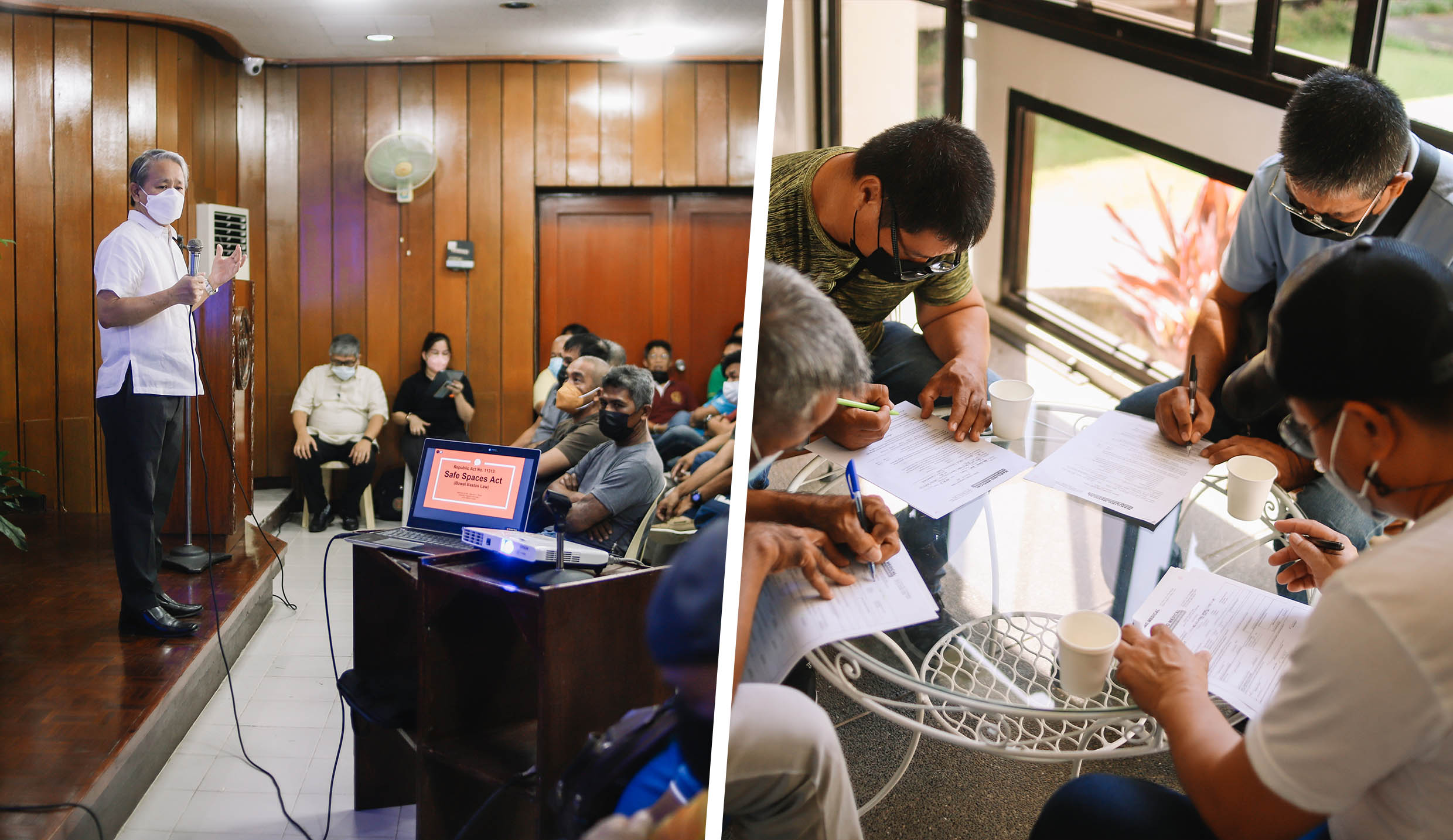 The Office of the Vice Chancellor for Community Affairs (OVCCA) held two activities at the Obdulia F. Sison Hall on March 30 aimed at ensuring the safety of its constituents.

The first activity was a seminar on the Safe Spaces Act, also known as the “Bawal Bastos Law” or Republic Act (RA) 11313.

It was immediately followed by the drug testing of UPLB drivers and other personnel who have been authorized to drive UPLB vehicles.

Jullie-Anne C. Reyes of the UPLB Gender Center was the resource speaker of the seminar.

Reyes said that the Safe Spaces Act expands the Anti-Sexual Harassment Act of 1995 or RA 7877 by covering other sexual harassment incidents, like those committed by a subordinate to a superior and those that happen in public and online spaces.

Reyes also emphasized that sexual harassment may occur in the form of compliments that have sexual overtones.

In his message, Rolando T. Bello, vice chancellor for administration, stressed the importance of promoting the Safe Spaces Act to UPLB personnel, especially because UPLB is an educational institution.

Likewise, as part of maintaining safe spaces in the campus, Cereno emphasized the value of conducting regular drug testing activity among UPLB personnel in accordance with UPLB OC Memorandum No. 29 s. 2022 and the Civil Service Commission Memorandum Circular No. 13 s. 2017.

After the seminar, 140 attendees immediately underwent drug testing carried out by personnel from the University Health Service and the Makiling Medical Clinic and Diagnostic Center following the protocols of the Department of Health.

This is the second time that OVCCA has organized drug testing. The first one was conducted among personnel of the UPLB Security and Safety Office on Dec. 10, 2021. (Roi Louis Mojado)